The Duke and Duchess of Sussex are now actively preparing for the next chapter of their lives outside of the royal family. Prince Harry and Meghan Markle stepped down as senior members of the royal family at the beginning of the year, and shortly afterwards, a resolution was reached with Queen Elizabeth. The monarch’s statement outlined that Prince Harry and Meghan would no longer use their royal titles nor represent her in an official capacity, and that they would live between the U.K. and North America, as they work to become financially independent.

Prince Harry and Meghan stayed relatively quiet and under-the-radar as they acclimated to their new home on Vancouver Island, but now they’re making moves for their next steps—and it’s looking like they aren’t intending to return to the U.K. much at all.

The Duke and Duchess of Sussex are reportedly planning on shuttering their Buckingham Palace office, which currently employs about 15 staffers. Now that Prince Harry and Meghan aren’t senior members of the royal family, they don’t have a need for a full office within London, per ITV.

The Sussexes only moved their office to the Queen’s London residence last year, after they decided to form a royal household separate from Prince William and Kate Middleton’s.

The employees will be redeployed elsewhere within the Royal Household, and the process is expected to be finalized around spring. While Prince Harry and Meghan still have Frogmore Cottage as their U.K. residence, it’s looking like the Windsor abode won’t be used all that much, as the couple also had their full-time staff at the home moved to other positions within the Royal Household.

Prince Harry and Meghan are also getting to work on their next projects outside of the royal family. The Duke of Sussex recently spoke at a JP Morgan event in Miami, but that’s not the only U.S. spot the Sussexes have flown to as of late.

Prince Harry and Meghan reportedly jetted to San Francisco last week as they work on developing their new charitable organization, according to Harper’s Bazaar. The Sussexes took a commercial flight on the journey, and met with academics and professors at Stanford University as they worked on ideas for the charity initiative.

The Sussexes will have to fly across the pond sometime soon, though, as Queen Elizabeth requested that the Duke and Duchess of Sussex return to the U.K. for Commonwealth Day in March. They’ll have three or four engagements that month, per royal reporter Rebecca English, as aside from the Commonwealth Day services, Prince Harry will also attend the Mountbatten Festival of Music on March 7. Then there’s Princess Beatrice’s May wedding, which the Sussexes will likely attend, but after that, there’s nothing else in the works—perhaps that’s when Prince Harry and Meghan will begin their Los Angeles summer. 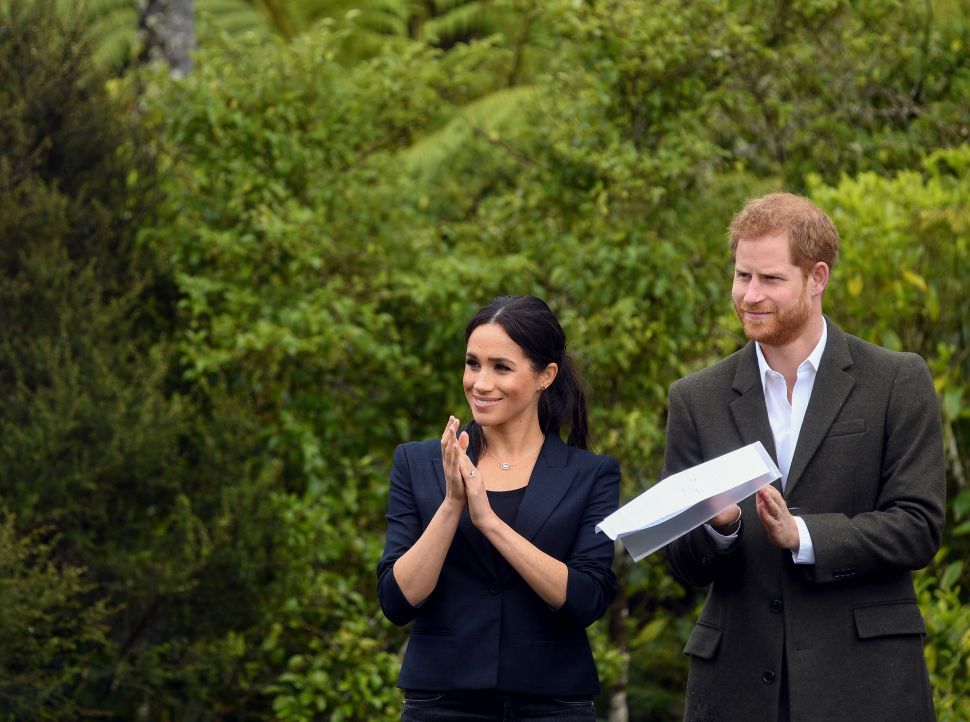