The Duke and Duchess of Sussex are making their grand return to the U.K. even sooner than we thought. Prince Harry and Meghan Markle will travel across the pond next week, in order to complete their final official royal engagements before they transition to their new roles outside of the royal family.

Prince Harry and Meghan have been residing in Canada ever since they announced their plans to step down as senior members of the royal family at the beginning of the year, and were expected to make the trip to London early next month, as Queen Elizabeth requested they attend the Commonwealth Day service on March 9. But now, Buckingham Palace has confirmed the couple have engagements beginning at the end of February.

The Sussexes have a busy few weeks ahead of them. First, Prince Harry is attending a session at Abbey Road Studios with Jon Bon Jovi on February 28, as the musician is re-recording his song “Unbroken” with the Invictus Games Choir.

On March 5, the Duke and Duchess of Sussex are going to the Endeavour Fund Awards, which recognize wounded, injured and sick service personnel and veterans who have “gone on to use sport and adventurous challenge as part of their recovery and rehabilitation,” per CNN. The next day, Prince Harry is attending the Silverstone Experience immersive museum opening with racing driver Lewis Hamilton. Prince Harry and Meghan are big fans of the race car driver; they reportedly purchased a special custom print of Hamilton to hang in Frogmore Cottage.

It keeps going March 7, as the Sussexes are attending the Mountbatten Music Festival at Royal Albert Hall, which raises funds for the Royal Marines Charity and CLIC Sargent.

Meghan’s only solo appearance is on March 8, for International Women’s Day. The Sussexes will reunite with Prince William, Kate Middleton and other senior royals the next day, at the aforementioned Commonwealth Day service at Westminster Abbey.

After this rapid string of engagements, the Sussexes officially begin a 12-month transition period on March 31, to test out their new working model. They won’t use their HRH titles in an official capacity, will work towards financial independence and will cease royal duties on behalf of the Queen, as well as work to establish their new non-profit charity organization.

Even though the Sussexes’ Buckingham Palace office will shutter April 1, Prince Harry and Meghan will continue to divide their time between the U.K. and North America, as the Palace previously confirmed, though it’s not clear just how much time they’ll be spending in each place—also, they might have a summer vacation planned already. But they’ll be back in the U.K. quite often, per a Palace spokesperson, as they’ll attend the London Marathon in April as well as the Invictus Games in May. 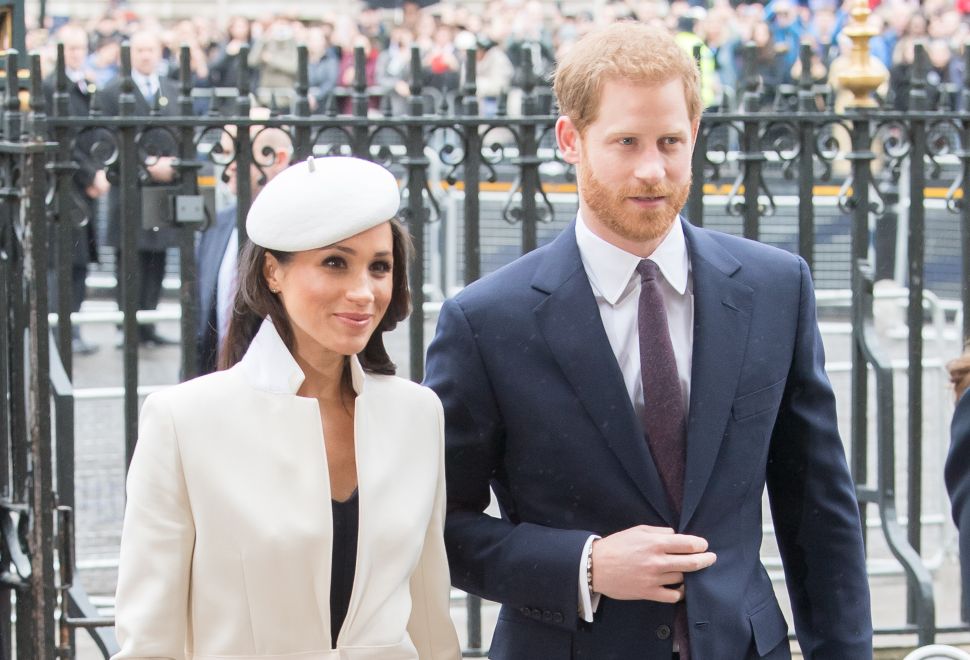