The Duke and Duchess of Sussex are getting ready for their final official engagements as senior members of the royal family, as they’ll begin their 12-month transition period starting on March 31. Prince Harry and Meghan Markle are flying back to the U.K. this week, where they will likely take up residence at their Windsor home, Frogmore Cottage. But the Duke and Duchess of Sussex are already thinking about their next housing situation on this side of the pond.

Prince Harry and Meghan are currently living in a waterfront Vancouver Island mansion with their son, Archie, but it seems that the Sussexes have their sights set on warmer climates. There have been rumors that Prince Harry and Meghan have been eyeing lavish California properties for quite a while, and more specifically, Malibu getaways. The reports resurfaced recently, courtesy of Caitlyn Jenner’s talk show appearance last month. Jenner said she “heard they were looking for a house in Malibu,” and acknowledged the decision over the royal exit “must have been tough. Everyone deserves to be happy.”

The Sussexes already have a home in mind, according to the Daily Mail. The British tabloid reports that Prince Harry and Meghan are contemplating a 10-bedroom, eight-bathroom Malibu mansion, and it comes with a celebrity pedigree.

The 12,249-square-foot house, known as Petra Manor, was custom-built for David Charvet and Brooke Burke in 2015, and while the duo have since split, they still own the palatial abode, per Variety. They now rent it out as a very pricey beach residence—per the listing, it can go for a staggering $14,500 a night.

The retreat is already celeb-approved, as it was once home to none other than Kylie Jenner. The lip kit mogul rented the property for two weeks over the summer in 2018, but moved onto a different Malibu mansion last year.

However, the company overseeing the house told Page Six that this home is exclusively available as a short-term rental, and that the Sussexes haven’t visited the estate. Even though it’s not on the sales market, a temporary housing option would still work for Prince Harry and Meghan, as they’ve reportedly been considering relocating to California for a few months this summer.

A two-story stone entry leads into the massive abode. The kitchen is outfitted with wide plank floors, two center islands and stainless steel appliances, so perhaps the Duchess of Sussex will be whipping up her engagement chicken and lots of avocado toast. There’s a big dining room, as well as various living spaces with fireplaces.

There’s also an impressive wine cellar and a tasting room (make sure it’s well stocked with Meghan’s favorite Tignanello), plus a full-size dance studio and a movie theater. There are plenty of plush guest suites, so the Sussexes can host all their pals. Outside, there’s a pool, spa and tennis court, as well as a cabana, outdoor kitchen and dining and living areas.

No final decision on a Malibu abode has been reached just yet, and the Sussexes still have a bit of work to do before they can jet over to the West Coast. Both Prince Harry and Meghan have busy schedules in the U.K. for the next few weeks, including a big reunion with Prince William and Kate Middleton in two weeks. 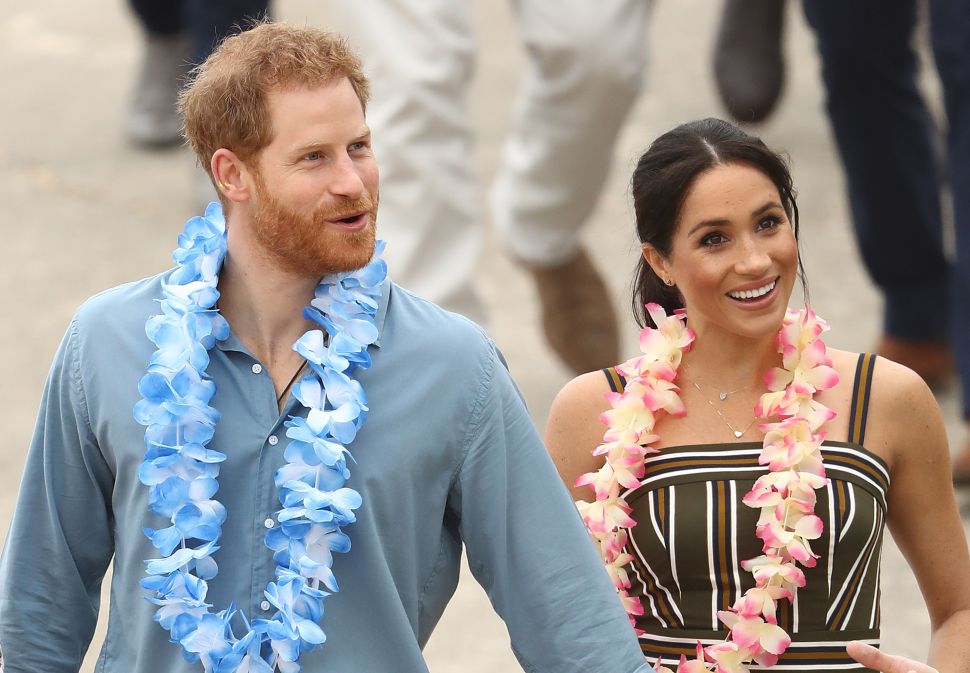