The Duke and Duchess of Cambridge took time off from their royal duties last week, as they spent time with their children at their Sandringham home, Anmer Hall. Prince William and Kate Middleton brought Prince George, Princess Charlotte and Prince Louis to their Norfolk abode for a family getaway, as their two older children were on their half-term break from school. The Cambridges like to use their country retreat as a way to keep their kids’ lives as normal as possible, and during this recent staycation, they apparently decided it was time for their children to get started on their farming skills.

The Duke of Cambridge was speaking with supporters of the Welsh Rugby Charity Trust, and after a woman named Rhian Roberts told Prince William that she had married into a dairy farm in West Wales, he shared that he “had been lambing with the children this week. Charlotte wasn’t sure at first but George was straight in there. Louie loves the tractors. They love seeing the lambs and feeding the lambs.”

Apparently, the Cambridge boys are all quite into tractors, as Prince William previously revealed that Prince George is “obsessed” with the farming equipment.

Duchess Kate actually had a few farms visits over the past two weeks, as she headed to a farm in Northern Ireland (with more lambs!) as part of her survey initiative, “5 Big Questions on the Under Fives.” The Duchess of Cambridge has frequently spoken about how important spending time outdoors is for childhood development, and how much she encourages that in her own kids.

Prince William and Kate are back in London at Kensington Palace now, as Prince George and Princess Charlotte resumed school today. The Duke and Duchess of Cambridge are already prepping for their next big royal engagements, as Prince William and Kate are heading on a short tour of Ireland next week. Prince William and Kate are undertaking an official visit from March 3 to March 5, with stops in Dublin, County Meath, County Kildare and Galway, which will “highlight the man strong links” between the U.K. and Ireland, per Kensington Palace. Shortly after their return to London, the Cambridges will reunite with Prince Harry and Meghan Markle, as both the Cambridges and Sussexes are set to attend the Remembrance Day service at Westminster Abbey on March 9. 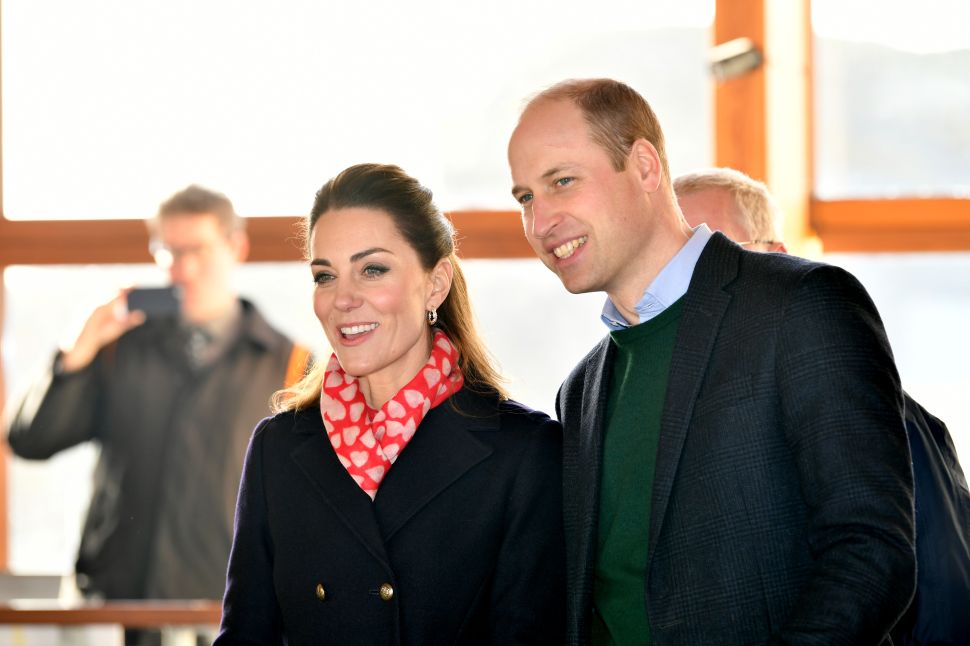