The Duke and Duchess of Cambridge have kept up a hectic schedule ever since they returned from their winter holiday, but they purposely kept this week relatively free of royal duties. Prince William and Kate Middleton don’t have any scheduled engagements for the next week, as Prince George and Princess Charlotte are officially on their half-term break from school at Thomas’s Battersea.

Prince William and Kate usually leave London and take Prince George, Princess Charlotte and Prince Louis to their Sandringham country home, Anmer Hall, during time off from school, so perhaps they’ve made their way to Norfolk. At this time last year, Duchess Kate reportedly brought Prince George and Princess Charlotte from Anmer Hall to a fancy hotel spa in Norfolk for some quality pool time, and even organized races for her kids.

SEE ALSO: Prince Harry and Meghan Are Making Big Plans for the Future

Prince William and Kate like to use Anmer Hall to provide a sense of normalcy for their kids, and usually cook at home, play in the backyard and go on walks. They’re also known to head out into the local shops and attend events like the Houghton Horse Trials, and last year, the Cambridges took Prince George to cheer on his favorite soccer team in nearby Norwich.

The Duke and Duchess of Cambridge have used Anmer Hall as their country retreat for years (it was a wedding gift from Queen Elizabeth), but they actually resided in the 10-bedroom Georgian mansion full-time until they made Kensington Palace their official residence in late 2017. Even though they don’t permanently live in Norfolk anymore, Prince William and Kate still head to Sandringham quite a bit, because even royals love a good staycation. It’s where they spend most holidays, and also happens to be where a number of the adorable Cambridge family photos are taken.

Kate, who has been busy at work on her landmark national survey initiative, “5 Big Questions on the Under Fives,” on childhood development and care in the U.K., has often spoken about how important it is for kids to spend time outdoors. During a recent appearance on the Happy Mum, Happy Baby podcast, she said being outside is “so great for physical well-being and also mental well-being and actually really laying those foundations.” She also talked about a specific photo she took of her daughter smelling a bluebell, and Kensington Palace ended up releasing the photo of Princess Charlotte—it was taken at Anmer Hall.

Of course, there’s always the possibility that the Cambridges opted for different kind of vacation this time; per People, they could have gone on a ski trip.

No matter where Prince William and Kate took their children, the whole family will likely return to London by the end of the week, as Prince George and Princess Charlotte start school again on Monday. The Duke and Duchess of Cambridge won’t be in London for too long, though, as they’re heading to the Republic of Ireland on a short royal tour in March. They’ll be back in London for Commonwealth Day events shortly thereafter, but are expected to fly to Australia on a recovery tour the following month. 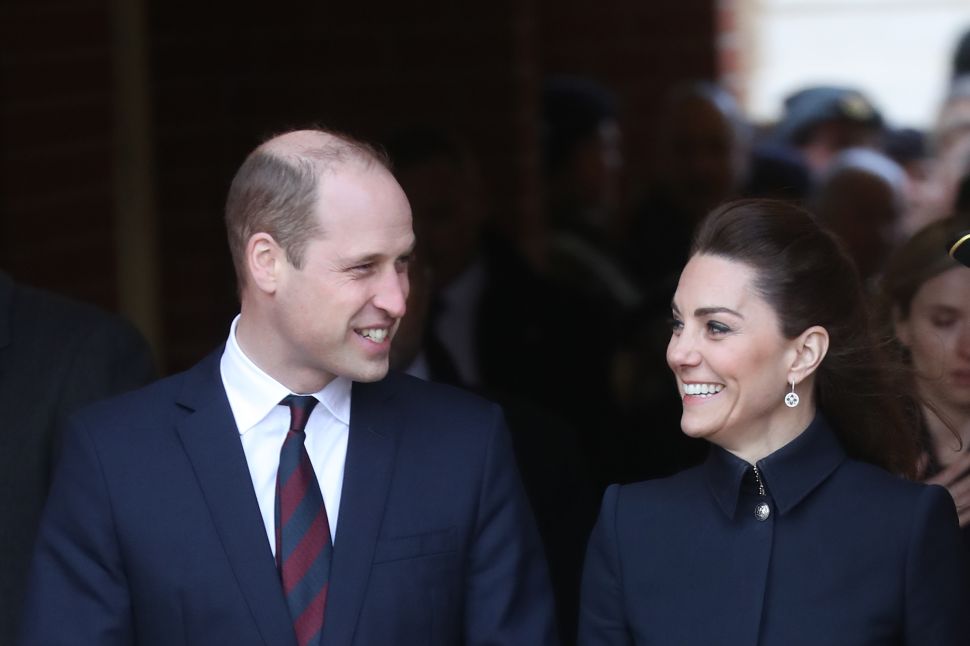