In the span of just one week, two royal separations have been announced. The Palace recently confirmed that Queen Elizabeth’s grandson, Peter Philips, and his wife, Autumn, are divorcing, and mere days later, news broke that the Queen’s nephew, David Armstrong-Jones (the Earl of Snowden) and his wife, Serena, are also splitting up. But there is a more cheerful event on the horizon, as there’s a big royal wedding coming up. Princess Beatrice and her fiancé, Edoardo Mapelli Mozzi, are tying the knot on May 29, and Queen Elizabeth is hosting the reception at Buckingham Palace.

Apparently, the Queen stepped in and offered her granddaughter the use of her official London residence as a “morale boost,” in the midst of the controversy surrounding Prince Andrew, who was removed from royal duties last year due to his links to convinced sex offender Jeffrey Epstein. She also reportedly wants to show a “united front” from the family, after Prince Harry and Meghan Markle’s decision to step down from royal duties and relocate to North America earlier this year.

It’s the first royal wedding celebration at Buckingham Palace since Prince William and Kate Middleton’s 2011 nuptials, but it won’t be an extravagant or fussy fête, as Beatrice reportedly wants to keep the festivities ultra low-key. The reception will be held in the Buckingham Palace gardens, and according to the Daily Mail, it’ll be inside a “posh tent.” The British tabloid reports that Princess Beatrice and Mozzi’s guests aren’t permitted to enter Buckingham Palace, but that might just be security protocol—it’s not exactly easy to just stroll through any of the royal Palaces, and there are even special rules for when the Duke and Duchess of Cambridge arrange playdates at KP for their kids.

The Daily Mail also alleges that Princess Beatrice isn’t allowed to take her wedding photos inside the Palace, but that might just be the Princess’ preference.

Don’t expect this to be your average party tent hung up over some trees, because even though Princess Beatrice is going for a more casual affair than recent palace nuptials, it is still a royal wedding. Perhaps Princess Beatrice will take inspiration from the Duchess of Cambridge’s sister’s wedding, as Pippa Middleton’s reception reportedly included a $130,000 custom glass marquee “tent,” with bespoke carpeting, heating and lighting.

The actual ceremony is at the 150-seat Chapel Royal at St. James’s Palace, which is much smaller than previous royal wedding locales like St. George’s Chapel (it’s capacity is over 800 people) and Westminster Abbey (about 2,000 people).

It’s the same place where the Duke and Duchess of Cambridge’s children Prince George and Prince Louis were christened. The two elder Cambridge children might have an official role in the nuptials, as Prince George served as a pageboy and Princess Charlotte as a bridesmaid in Princess Eugenie and Jack Brooksbank’s wedding, as well as the Duke and Duchess of Sussexes’ big day. Prince Louis is still too young to partake in wedding duties, but since Prince Harry and Meghan are expected to return to the U.K. for the event, maybe the littlest Cambridge can hang out with his cousin, Archie, during the grown-up festivities. 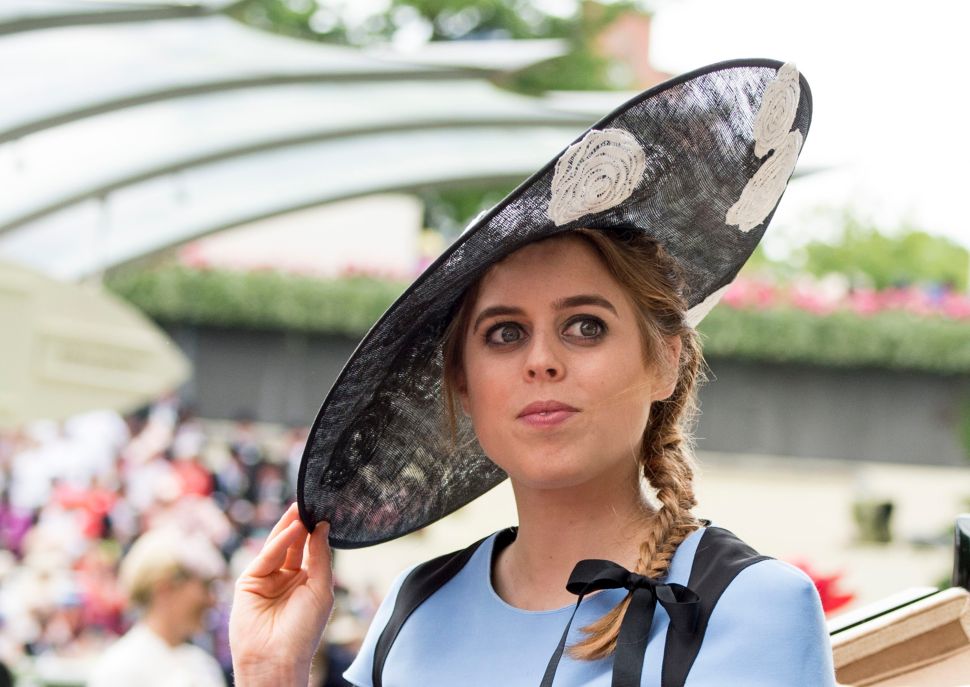