In the summer of 2018, enterprise software giant Salesforce’s founder, chairman and then CEO, Marc Benioff, initiated a dual-CEO system at his company after realizing that holding three titles at the same time might be too much and probably made him look bad to his Silicon Valley peers. He stepped back as the company’s co-CEO and offered the other half of the job to his then operating chief, Keith Block.

The system worked for only 18 months. On Tuesday, Salesforce announced during its fiscal fourth-quarter earnings release that Block had stepped down as co-CEO and that Benioff would once again serve as the sole CEO.

In a statement through Salesforce, Block suggested that he would move on to his “next chapter” while staying as the company’s advisor for a year. “Being side-by-side with Marc has been amazing and I’m forever grateful for our friendship and proud of the trajectory the company is on,” he said.

Block joined Salesforce from Oracle (where Benioff worked for 13 years before starting his own business) in 2013 as vice chairman and was named chief operating officer in 2016, working closely alongside Benioff, until being appointed co-CEO in August 2018.

“It’s been my greatest honor to lead the team with Marc that has more than quadrupled Salesforce from $4 billion of revenue when I joined in 2013 to over $17 billion last year,” Block said in Tuesday’s exit statement.

At the time of implementing the dual-CEO structure, Benioff said splitting the workload with Block would give him more time to do the things he enjoys outside Salesforce. Shortly after the role change, Benioff was seen lobbying around his tech billionaire circle and business conferences, advocating for the passage of Proposition C, a legislative measure to help solve San Francisco’s homeless problem by raising corporate tax rates. In September that year, he purchased Time magazine for $190 million through his family foundation.

“Our time together has been amazing,” Benioff said of Block on Tuesday’s earnings call with analysts. “I am his biggest supporter. I am his close friend. I am here to help him on his journey and as he begins this new journey.”

Elsewhere in the earnings release, Salesforce reported better-than-expected fourth-quarter results and a $1.33 billion acquisition of Vlocity, a cloud-based software provider. The deal followed Salesforce’s $15.3 billion buyout of data analytics firm Tableau last June. Benioff clarified to analysts that the company doesn’t anticipate any other major acquisitions in the short term. 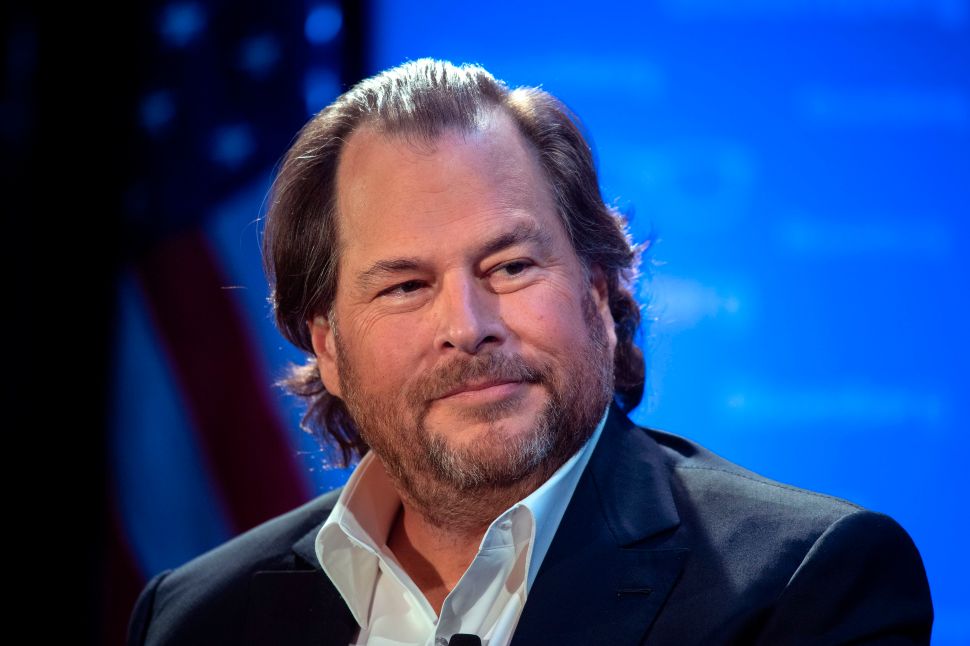