“Right now, we are a private company, but Starlink is the right kind of business that we can go ahead and take public,” Shotwell said. “That particular piece is an element of the business that we are likely to spin out and go public.”

SpaceX plans to launch up to 42,000 satellites into low-Earth orbit to provide global coverage of high-speed internet service. It’s not hard to image the astronomical cost such a project would take before it can generate any profit. But Musk, as with his other risky ventures, is betting on a first-mover advantage in this nascent field and isn’t afraid of burning some cash in the early stages.

So far, SpaceX has launched more than 240 Starlink satellites through four batches. It will take two more batches for the constellation to start delivering internet service in parts of the U.S. and Canada, expected this summer. Global coverage will require another 1,000 or so satellites.

“This is going to turn SpaceX into a company that is providing service to consumers, which we are excited about,” Shotwell said on Thursday, adding that the Starlink service will cost “less than what you are paying now for about five to 10 times the speed you are getting.”

But will Musk, who owns 54% of SpaceX, approve an IPO? After all, it would be quite a departure from his usual way of doing business. Just less than two years ago, the billionaire entrepreneur was bitterly regretting his decision to take his electric car company, Tesla, public, and actually laid out a plan to take it back to a private company to avoid the never-ending scrutiny and quarterly profit pressure from investors. The plan failed epically, at the price of Musk paying the SEC a $20 million fine for misleading shareholders.

As for SpaceX, the Tesla CEO has said he wouldn’t consider taking it public until the company is able to regularly send people to Mars.

But perhaps the recent surge of Tesla stock has changed his mind. Over the past three months, Tesla shares have soared 300% for reasons nobody really understands. It would be an understatement to say Musk has been in a good mood because of Tesla’s stock rally lately. Instead of worrying about factory progress, the billionaire futurist has been busy writing hit songs and  planning coding parties at his house. 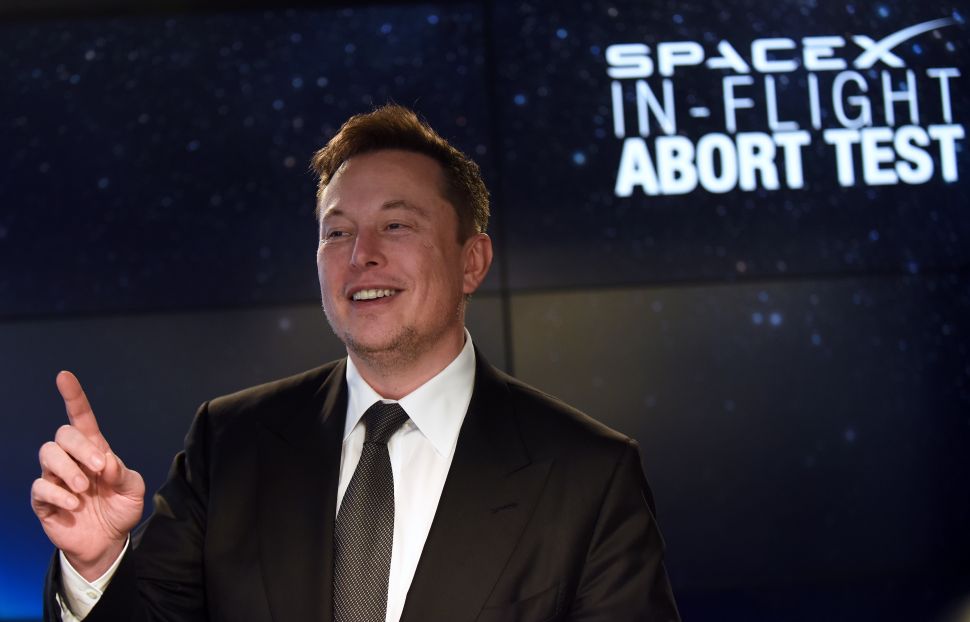