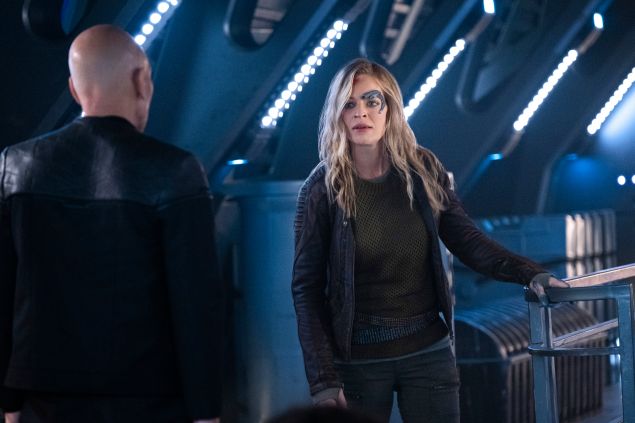 As we noted in out review, CBS All Access’ Star Trek: Picard doesn’t rely solely on nostalgia for the past to fuel interest, curiosity, and fan delight in the present. Picard is its own creation capable of standing on its own, though always parallel, to what came before. But that doesn’t mean that previous Star Trek endeavors don’t play an important role. In Thursday’s fourth episode, “Absolute Candor,” the past reared its head into Picard in epic and welcome fashion.

We’re talking, of course, about Voyage star Jeri Ryan’s triumphant return to the Star Trek universe as Seven of Nine, a former Borg drone. The character, last seen on the small screen in 2001, rescues Picard and his crew from aggressive pursuers, but loses her ship in the process. Though her role was teased in Picard‘s trailers, the sheer excitement of seeing her beam aboard Picard’s ship remains fully intact. This was the first time Star Trek fans had seen these two popular characters interact with one another. The enormity of the moment wasn’t lost on Ryan, who acknowledged her own jitters while on set.

SEE ALSO: ‘Star Trek: Picard’ Calls Back to a Pivotal ‘Next Generation’ Episode About Data

“My first scene, the big scene, was the one you see in the trailer, when we’re in his office/ready room,” she told The Hollywood Reporter. “That was my first day on set. It was daunting — not just because it was Patrick — but because I was still petrified — or ‘Patrick-fied’ — of if I could find the character again. I was still trying to figure out who she was.”

Fortunately for her, she had two Next Generation legends to lean on for support and guidance in Stewart and William T. Riker himself.

“I was so fortunate because Jonathan Frakes was directing my first episode,” she said. “So with that, I knew I was in good hands. [Frakes], more than anyone else, would get the importance of revisiting and being true to these characters. Because the challenge for me is: Where has she been for nearly 20 years? Finding her voice was the hardest thing for me; when I read the first script — I just couldn’t hear her voice anywhere.”

Ryan wouldn’t reveal where Seven has been in the intervening years between Voyager or Picard nor how she came to possess a Romulan warship. Viewers will have to wait for future episodes to fill in those blanks. But the actress did acknowledge one major difference between her two Star Trek eras that fans have likely picked up for themselves. 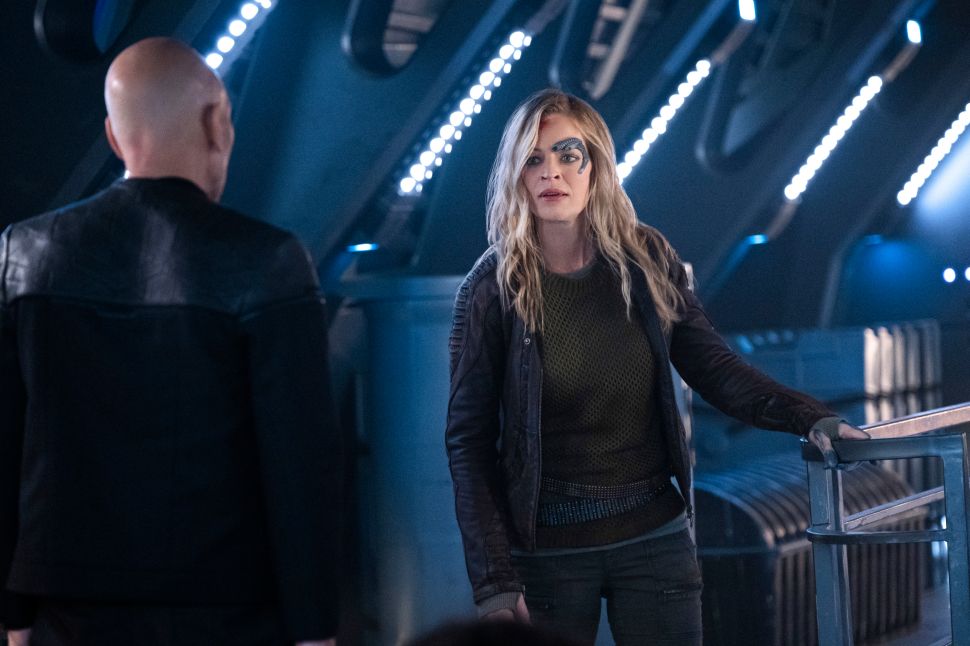