The Sundance Film Festival has long been a helpful resource for theatrical studios looking to fill out their release slates. But as the movie-going marketplace has shifted away from the smaller-budget adult-skewing fare Sundance is known for, traditional acquisitions in Park Slope have become exceedingly risky. When studio’s rely entirely on box office sales to cover their investments, one false move could be disastrous. That has provided the deep-pocketed streaming services of the world with ample opportunity to fill the void with mega-deals.

SEE ALSO: How 3 Sundance Documentaries Revealed the Secrets of the Queens of Pop Music

Netflix acquired three films at this year’s festival after premiering a whopping 10 movies at Sundance. Hulu, bolstered by its Disney overlords, was active in contributing to a record-breaking deal. Apple and Amazon also got in on the action. Ultimately, the festival was a frenzy of fortune-changing acquisitions. So, without any further preamble, here are the biggest deals of Sundance 2020.

[Note: The financial details of some film acquisitions have not yet been publicly disclosed.]

Reports vary regarding the actual selling price of the new Andy Samberg-Cristin Milioti romantic comedy Palm Springs. When it was originally reported, the number was $15 million. Then, Hulu and Neon released a cheeky press release that said Palm Springs had toppled the Sundance acquisition record previously held by Searchlight and Birth of a Nation ($17.5 million) by 69 cents. (This new deal includes worldwide streaming rights whereas Birth of a Nation‘s did not, so it’s not an apples-to-apples comparison). Now, Deadline is reporting that a built-in bonus structure guarantees the deal at $22 million.

Not bad for a $5 million comedy.

Given the volatile theatrical market, it appears as if indie distributors are more willing to gamble at Sundance if the majority of the costs are covered by well-resourced streamers (Apple and A24 had a pre-existing deal, but the idea still stands). Expect these collaborations to continue moving forward.

Boys State sets a new record for documentary acquisition at Sundance, topping last year’s $10 million mark set by Netflix for Knock Down the House. Boys State is a long-running program run by the American Legion across the country that aims to provide bright high school school students with an education on the American political system.

The Night House at Searchlight Pictures

Searchlight, previously Fox Searchlight, is the indie arm of 20th Century Fox, which is now a subsidiary of the Walt Disney Company. Searchlight has long been a prestige picture powerhouse. Since 2013, the studio has released eight Best Picture nominees, including three winners (12 Years a Slave, Birdman and The Shape of ). The Night House, a horror thriller film starring Rebecca Hall, likely isn’t going to win Disney its first Best Picture Oscar at the Academy Awards. But it will add a new element to the Mouse House’s arsenal.

Amazon has closed two deals out of Sundance this year after emerging as the festival’s biggest spender in 2019. Their biggest acquisition so far is Uncle Frank, a period drama that follows a niece and uncle as they return home for a funeral. Studio head Jennifer Salke recently touted the positive impact Amazon’s Sundance acquisitions have had on the Prime Video service amid disappointing box office results. Even if they are proving to be SVOD hits—we don’t actually know because Amazon doesn’t release viewership data—$12 million is a steep and perhaps ill-advised price to pay.

This horror comedy stars Elle Lorraine, Kelly Rowland, Vanessa Williams, Jay Pharoah, Lena Waithe, Blair Underwood and Laverne Cox and proves that genre-buys are still hot areas on the festival circuit. Hulu is getting more aggressive with all that Disney money and is planning to emphasize its original film development moving forward.

Playwright Radha Blank makes her feature debut in The 40-Year-Old Version, which follows a 40-something New York City writer who reinvents herself by becoming a rapper. Blank wrote the film, directed it, starred in it and produced it (and you thought your day job was difficult).

Coming into Sundance, whispers suggested that a bidding war could breakout for the movie as streamers and studios raced to partner with the multi-hyphenate talent. One of Sundance’s main functions is scouting long-term talent to potentially unearth the next great creator of tomorrow. Netflix hopes it has found her. 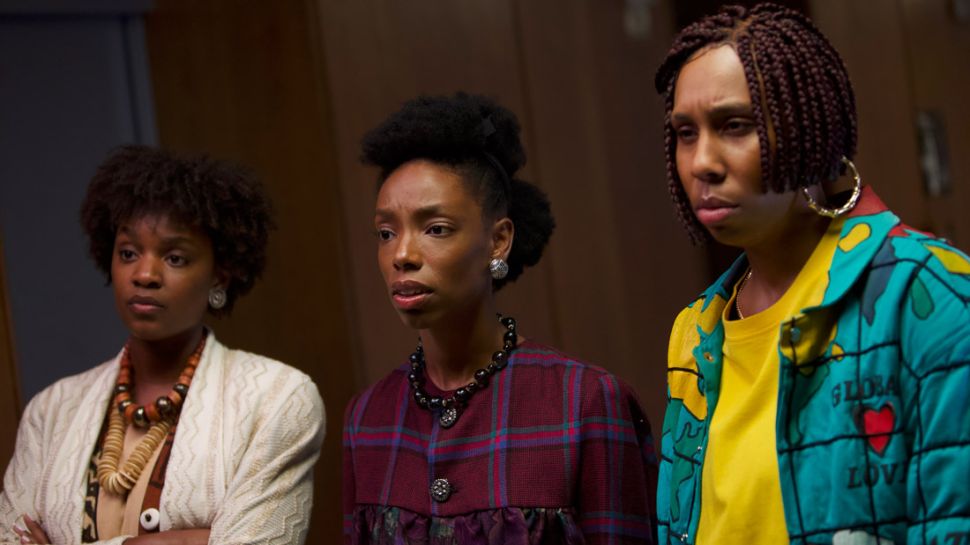