20th century Polish painter Tamara de Lempicka is all but guaranteed to be the art world’s next fixation. Her life and aesthetic are poised to make headlines throughout 2020, and likely beyond.

For starters, a musical about her life––titled, simply, Lempicka––will make its Broadway debut during the 2020-2021 season. The show received wild acclaim during its premiere at the 2018 Williamstown Theater Festival, with a review in the New York Times calling it a “woke throwback” reminiscent of Les Miserables and Evita.

The show takes its subject matter from the most fruitful portion of Lempicka’s artistic career, during her residency in Interwar Paris. Lempicka and her husband flee Russia following its communist revolution, and she uses her grace and budding talents as an in-demand portraitist to carve out a space for them in Parisian high-society. Tamara’s blossoming romance with her muse Rafaela Fano forces her worlds to collide and the artist must decide which parts of her life she can keep or which she must cast aside.

With Broadway in its future, Lempicka will have a West Coast run at the La Jolla Playhouse in San Diego. Tony-winner Rachel Chavkin directed the Williamstown iteration and will continue to helm Lempicka at La Jolla and on Broadway.

Meanwhile, auction house Christie’s believes that one of Lempicka’s paintings is all but certain to break records in their Impressionism & Modern Art evening sale on February 5 in London.

Lempicka’s sensual Portrait of Marjorie Ferry from 1932 encompasses everything that collectors supposedly look for in her work––a tender female portrait, her signature Art Deco glamor, crystalline forms, and a collision between the organic and the mechanic that epitomized her industrializing epoch.

Christie’s estimates Marjorie Ferry will fetch upwards of $15 million, handily beating the estimates for works by the likes of Picasso, Pissarro, Rodin and other male canonical figures also represented in the show.

The auction house is adamant that collectors are, by far, most intrigued by her portraits of women. One of those women includes none other Rafaela Fano, the subject of the current most expensive Lempicka sold at auction, La Tunique Rose, which broke the artist’s record in November of last year when it surpassed its high estimate of $8 million to go for $13,362,500.

The passions and biography that led Tamara to create such collectable art––sought after for decades from aristocrats in Paris to celebrities like Madonna––present potent themes that could be very powerful for audiences who see Lempicka. Themes like the struggles associated with immigrating for survival, and the freedom to love without judgment.

Tamara de Lempicka should be as well-known to the masses as Picasso, Matisse or Warhol. Perhaps, with just one more mega-successful sale at Christie’s and a little light shining on her from Broadway, 2020 marks the year that she is. 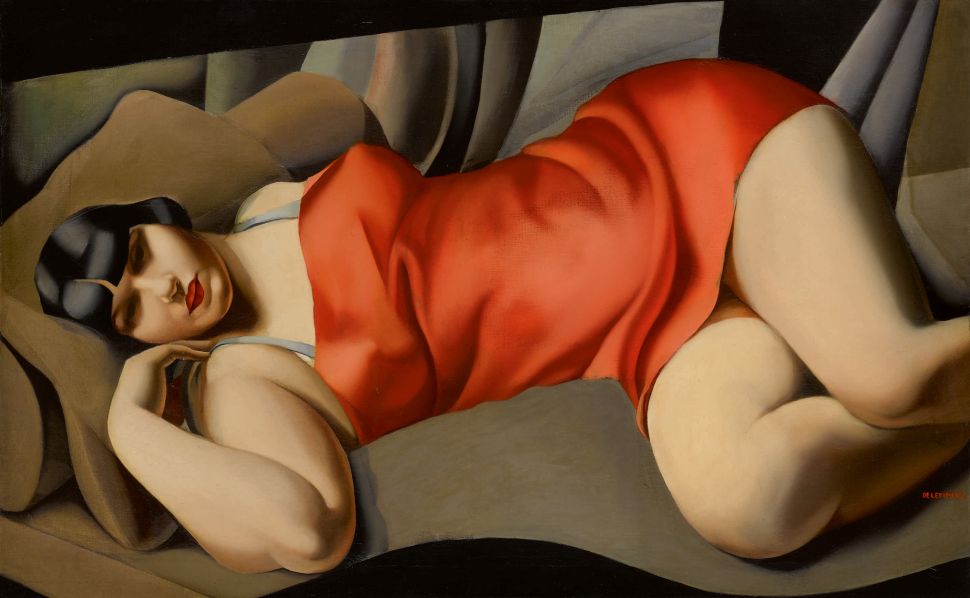