Documentaries about women musicians rocked the Sundance Film Festival over its opening weekend, with the premieres of director Lana Wilson’s achingly earnest brand-burnishing Miss Americana about Taylor Swift, Bill Benz’s tongue-in-cheek St. Vincent send-up The Nowhere Inn and Alison Ellwood’s zero-fucks-to-give eponymous confessional The Go-Go’s. As the festival winds down, read on for Observer’s report on these films we watched and what the documentarians and subjects had to say about them after their respective premieres.

Miss Americana, a calculatedly revealing look at one of the world’s biggest pop stars, debuted to deafening applause at the 1200-seat Eccles Theatre on January 23 (and is now already streaming on Netflix a couple short weeks later). The adoring crowd gushed even louder when Taylor Swift came out afterwards with Wilson to talk about their girl-power experience. The brief session gave Swift the chance to publicly thank her director for the support she gave her. “In the public eye, when I get sad or upset or humiliated or angry, I feel like people lean in with, like, this hunger,” said Swift. “And you never did that with me. Because I felt like when I got sad, you did too. And that made all of that all right.”

Wilson, who first came to Sundance in 2013 with her Emmy-winning anti-abortion documentary After Tiller, might have seemed like an off-kilter choice for the high-profile assignment. But Wilson’s deeply empathetic approach to filmmaking fit well, especially since Miss Americana is Swift’s very polite rejection to being so polite all the time. “We all want people to like us,” said Wilson onstage. “And I think girls especially growing up in this culture are taught that other people’s approval is of paramount importance to their self-worth. The voices say, ‘Are they nice enough? Are they mad at me?’ These are questions I and every woman ask themselves every day.”

Miss Americana surveys Swift’s supersonic career arc from wide-eyed prodigy to chart-topping superstar, a cultural phenomenon studiously avoiding controversy by being a good girl who represents everything to everyone. Until she pushes back. Her vocal (and unsuccessful) opposition to Marsha Blackburn during her run for Tennessee senator in 2018, and the release of her LGBTQ-adjacent pop album Lover in 2019, were her political coming-out parties.

But the film, despite its all-access veneer, never really ventures beyond a calculated menu of pre-approved glimpses into her private life. A few too-short scenes in the recording studio show the birth of a few Top-40 gems. There’s a poignant section on how Swift’s body-image obsessions led to eating disorders. And then there’s the big confrontation with her parents and managers about her tweeting out support for Blackburn’s Democratic opponent. Much hand-wringing follows, plus an “I need to do this” speech from Swift. How odd, and frankly a bit heartbreaking, to see a millionairess in her late 20s begging her parents to let her do what she wants.

An approximation of St. Vincent’s truth in The Nowhere Inn

She should have watched The Nowhere Inn instead. In it, Annie Clark invites real-life BFF Carrie Brownstein to unpack and repackage her St. Vincent stage persona in director Bill Benz’s post-modern mockumentary on rock star artifice and artistic authenticity. Brownstein tries her best to film Clark as she mounts her Masseduction tour, including some electrifying concert footage. But she quickly realizes that Clark’s off-stage hotel-room fitness workouts and mundane obsessions like fresh farmer’s market beets don’t make for a compelling enough on-camera “story.” So Clark, initially driven to help her friend, slips into mannered narcissism, exaggerating her own worst impulses and daring an increasingly uncomfortable Brownstein to embrace the spectacle.

Thus the weirdness escalates. You want bedroom antics? Come film a sapphic tryst with suddenly-new girlfriend Dakota Johnson in matching lingerie. How about family roots? Clark puts on a put-on musical reunion with her extended Texan family (all of whom are actors). As the film progresses, so too does Clark’s stubborn rejection that documentaries can capture objective reality. The subtext: none of this is really real. So why bother?

“That was horrifying,” said Clark in a post-screening Q&A after watching the film’s Saturday midnight debut. “That was horrible. Horrible. Horrible. I never want to be a part of this ever again.” Clark seemed visibly rattled by the experience, although she seemed to take it in stride. “It turned into a vomit of hubris,” she added. “So, you’re welcome.”

In addition to being its co-stars, Clark and Bronstein also both co-produced and co-wrote The Nowhere Inn. And it was Bronstein who enlisted fellow Portlandia vet Benz to direct the project, encouraging him to watch a slew of formalistically outré filmmakers from the 1970s and 1980s, including Nicolas Roeg, Peter Watkins and Peter Greenaway. “The narrative is psychotic,” admitted Brownstein. “We wanted to get at truth through a very strange spiral.” Most important of all: don’t dwell on the quotidian aspects of our idols. Savor the stardom. “Why strip away the mythology?” says Brownstein. “That’s why we like them.”

The Go-Go’s, blown-out ears and all

Easy to preserve the legend when you’re already legendary. Early ’80s post-punk band The Go-Go’s still hold the nearly 45-year record for being the first and only all-female chart-topping group who also wrote their own songs and performed their own instruments. None of them wanted to miss their big chance. So they worked their asses off. On their own terms. Drug benders or otherwise.

Unlike the other two, The Go-Go’s is a traditional documentary about a very untraditional group of women. These are pop phenoms who started out as screw-it-all know-nothing wannabe musicians in the L.A. punk scene. They learned by doing, hungry for recognition, sure, but even more voracious to jump from the club scene to arena-level domination. It points out that when you’re an all-woman group with a woman as your manager, your outward sex appeal is an afterthought. It’s no wonder that their first big single was “We Got the Beat.” Because they were all about the music. Who cares about anything else? Their follow-up hit, “Our Lips Are Sealed,” drove the point home. “Pay no mind to what they say,” sang the group. “It doesn’t matter anyway.”

Ellwood, a longtime documentary producer/director/editor, last tackled music with her 2013 three-hour rock-doc A History of the Eagles. But her look at the rise and fall and rise of the Go-Go’s feels even more inspirational, as she traces the band’s “learn by doing” work ethic in a male-dominated world where Rolling Stone makes them cover girls with the tag line “Go-Go’s Put Out.” And with the band members in attendance at the midnight premiere, the mostly middle-aged (and very fan-friendly) crowd shared in their righteous indignation. 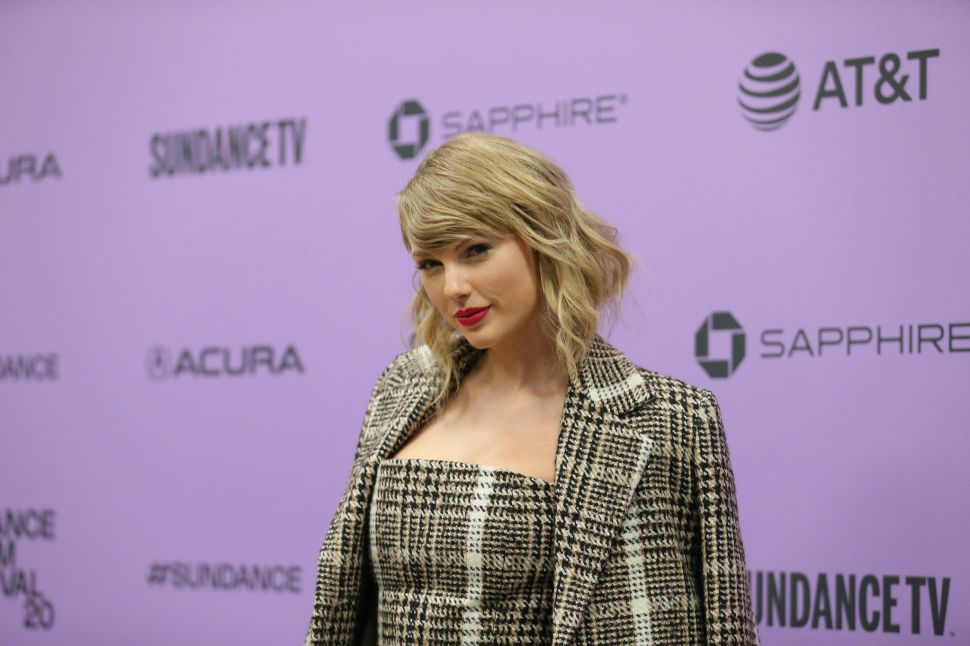