Know what Tesla is doing now?

The company can remotely remove features on their used cars… without having contact with said car. Ugh. Similar to a smartphone update, as Tesla features move from hardware to software, later software updates can remove certain car options from used vehicles.

Oh Elon Musk, must you try my patience?

According to Jalopnik, numerous used Tesla owners have experienced certain vehicle features vanishing—basically, at the click of a mouse. No muss. No fuss. No more specified auto software for which they thought they had paid.

To be more specific, Jalopnik cited an owner who purchased a 2017 Tesla Model S directly from the company at an auction. The Model S suffered from the noted issue of yellowing screen border on its in-car screen. This defect allowed the electric vehicle (EV) to be auctioned due to the California Lemon Law buyback.

The story should have a happy ending, if it stops there, but there’s more…

The Model S was rigged with such options as Enhanced Autopilot and Full Self Driving Capability, both totaled at $8,000. But after the car was purchased, Tesla did a remote “audit” of these software features, updating the car’s software to the latest version and removing the two $8,000 options. To recap, these features were included in the Model S at purchase, but when the software was updated—poof!—they were gone.

Yes, I know, it’s enough to make anyone scream like Charlton Heston at the very end of the original Planet of the Apes movie.

Features on a previously purchased car were suddenly no longer available—even though they were included in the original price. And further, Tesla told the customer that if he wanted these features back, he would have to pay an additional $8,000.

Tesla has recent identified instances of customers being incorrectly configured for Autopilot versions that they did not pay for. Since, there was an audit done to correct these instances. Your vehicle is one of the vehicles that was incorrectly configured for Autopilot. We looked back at your purchase history and unfortunately Full-Self Driving was not a feature that you had paid for. We apologize for the confusion. If you are still interested in having those additional features, we can begin the process to purchase the upgrade.

Because of this maddening automotive catch-22, owners are taking matters into their own hands (i.e., jailbreaking their Teslas) to get the features they feel are rightfully theirs, and were paid for, in the first place.

Phil Sadow, an independent Tesla repair professional, told Motherboard, “As far as I am concerned removing a paid-for feature, regardless of the state of the car, is theft. It’s as if a bunch of guys show up in a van and take your upgraded 20″ wheels. Just because it’s software, it’s no different.”

Makes sense to me. And Tesla might be the only car company that remotely disables certain performance features via software updates. I don’t own a Tesla, but I recently updated my operating system on my iMac and was so annoyed that the latest version of iTunes no longer has an internet radio feature. Sure, that’s not $8,000 in EV car options, but I can still feel the pain (sort of).

To give you a full visual, here’s what the typical Tesla software update looks like—when you would find your options removed.

In response, it’s becoming more common to circumvent dealing directly with Tesla; instead, many Tesla owners who’ve found themselves in this predicament have turned to specialists, such as Sadow, to jailbreak the car’s software and restore the features they expected when they bought their vehicles.

One drawback: jailbreaking Tesla software voids the warranty on authorized used car sales, which could cost the owner a few thousand bucks down the road. Boo.

Despite this catch when it comes to resale, specialists like Sadow are fighting the good fight and doing their best to keep the playing field fair for used Tesla owners. 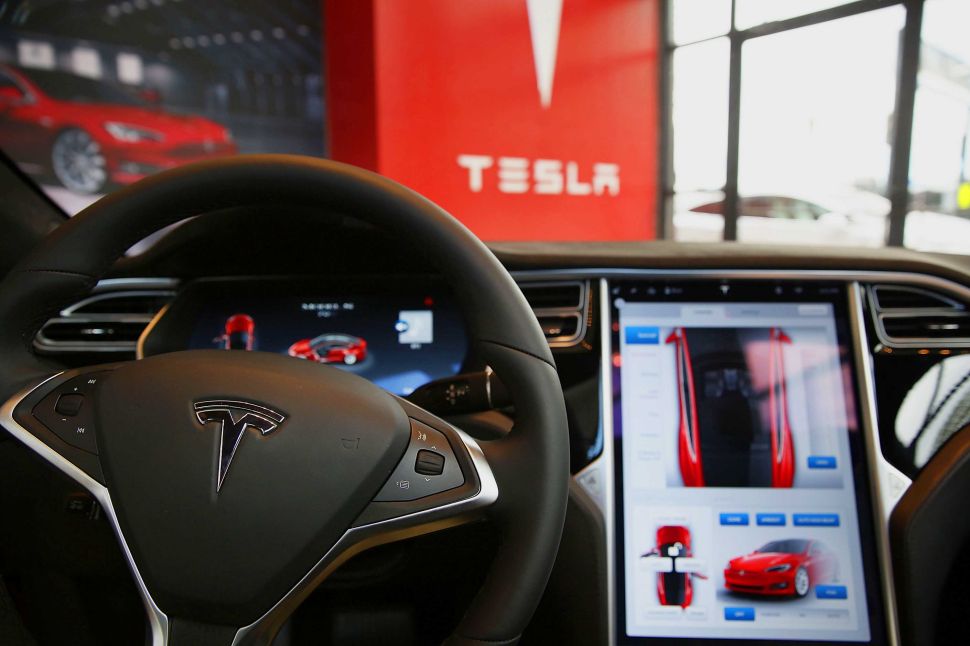