The anguish of divorce and other childhood traumas. The dark extremes of certain types of Christian devotion. Artistic pretentiousness.

All three of these forces combine to inform the wintery ruin that infests The Lodge, a frigid new horror film that comes from the Austrian-born aunt-nephew directing team of Veronika Franz and Severin Fiala. However, only the last of these three elements truly registers.

Written by Franz, Fiala and Sergio Casci, the film imagines purgatory as a lakeside cabin, cut off from the world by an arctic blast, whose inhabitants are two morose children (Lia McHugh and It‘s Jaeden Martell) and their absentee father’s mentally ill girlfriend (Riley Keough), whom they both actively despise. The way the movie tells its story—less with any narrative force but instead by merely soaking in the frosty atmosphere as if it were a saucer of icy blue Palmolive—makes sitting through it a kind of purgatory as well.

Move beyond its Teutonic art school trappings, and The Lodge is just another one of many single-set horror films that have been blooming annually in multiplexes since Jason Blum started releasing Paranormal Activity movies over a decade ago.

The primary difference here is that what haunts our housebound prey are not departed souls nor summoned demons but unprocessed trauma. The doomed vacationers in this frostbit horror house don’t require Hail Mary’s and splash of holy ; they need a $300-an-hour therapist and a Zoloft prescription. (Indeed, meds that treat the lead character’s mental health disorder and go missing halfway through the film become a major plot point in the movie.)

This in itself is an interesting idea with great potential; The Lodge is the rare horror movie where the monsters are also the victims. But rather than imbue the film with depth and a rich subtext, the underlying trauma the film artfully sets up in the first half forces convoluted story mechanics in the second that make little sense—even in the context of a horror movie. Even the fans of the film, which premiered at last year’s Sundance Film Festival, caution not to think too much about the story, a wise piece of advice but a difficult one to follow.

What the film does do quite effectively from its opening moments to its troubling last shot is create a palpable feeling of encroaching dread. Franz and Fiala achieve this through an immersive sound design, droning music and the heavy blues, grays and browns evoked by the claustrophobic camerawork of DP Thimios Bakatakis, who shot Yorgos Lanthimos’ The Lobster and The Killing of a Sacred Deer. The directors are particularly enamored with slowly pushing or pulling their camera down long hallways and through large rooms, giving the viewer the feeling of being trapped on a conveyor belt inside this drafty house of doom.

But these turtle-paced camera moves also have the unfortunate side effect of reminding you that, even when the movie is going places, it’s getting nowhere fast— or for that matter, even treading much new ground. As a child, Keough’s Grace was the only surviving member of a radical Christian suicide cult; she has a cross carved into her palm and Christian imagery graces the walls of the death cabin in which she is confined. Despite The Lodge not being a ghost story, the word “repent” shows up in the mirror steam when Grace showers.

Its reliance on this kind of Christian symbolism forces comparisons to other horror films, namely the Conjuring franchise. While generally less artistically ambitious than this film, those movies manage to imbue those crosses and saints with a creepiness and dark power The Lodge just can’t muster. Like the icy frost on the windows, these symbols in The Lodge serve as little more than set dressing meant to remind us that what we are watching is indeed a horror movie.

Despite the lofty and even admirable aspirations of this particular entrant to the ever-growing genre, what it has to offer bears little difference from all the rest: namely, a couple of really bad nights in a very bad house. 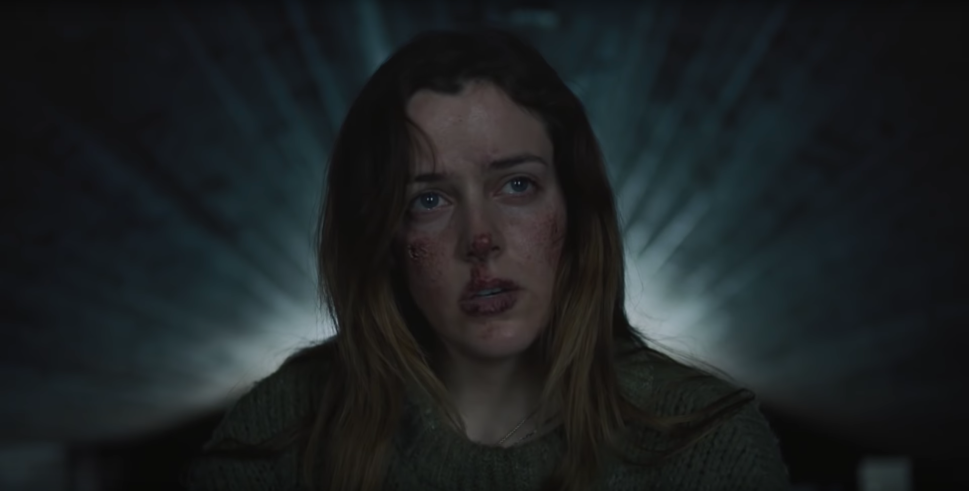