The photograph in question is of a young woman in the kitchen of a house in a small Louisiana parish, circa 1984. She is playing solitaire on a Formica table, and the faraway look in her eye indicates that—at least in her mind—she has already moved on from where she sits as well as from her seemingly inescapable fate as a wife and mother defined by the nightly meals she cooks for the man behind the camera.

This photograph not only provides this romantic drama with its title, but also connects the two places and time periods in which the film takes place. It is also what brings the film’s two central characters together. In a lesser movie, this device would be a “meet cute,” but this film—the fourth from Canadian filmmaker Stella Meghie—is more interested in being sultry and mysterious than it is in being pleasant or adorable.

Magazine writer Michael Block, played with unforced charisma by Sorry to Bother You‘s Lakeith Stanfield, first spots it on the fireplace mantle in the home of a Louisiana Delta fisherman named Isaac, played by the great character actor Rob Morgan (Just Mercy), while reporting a story. Mae Morton, a museum curator played with an intriguing mix of vigilance and vulnerability by Insecure‘s Issa Rae, discovers it in the safe deposit box of her recently deceased mother, Christina Eames (Roxanne Roxanne’s Chanté Adams), the woman in the photograph.

What unfolds—at first with an ineffable and singular sense of intrigue and later in the more traditional and straightforward manner of other movie romances—are two relationships from two different periods that twist together and inform each other like a double helix. One is the on-again, off-again, will-they-or-won’t-they coupling of Mike and Mae, which Stanfield and Rae sell with an ease that convinces you of both the romantic drama and movie star bonafides of two actors better known for their comedy. The other is that of Christina and the young Isaac (Insecure‘s Y’lan Noel), a great love affair that was yanked out by the roots before it could reach full flower.

As the story unfolds, one wishes the characters were as spirited and unique as they are described in the dialogue.

Mike’s brother Kyle, played by Get Out‘s Lil Rey Howery, describes him as very smart but nutty enough to have attended Kyle’s wedding in a top hat, but we don’t see much evidence of this wackiness on screen. Also MIA are examples of Mike’s writing prowess. He spends several weeks and two trips to New Orleans working on an article about an ecological issue impacting fishermen like Isaac, a lead time and budget that may have even raised eyebrows at Condé Nast in the go-go ’90s.

Similarly, her daughter and husband—a stalwart Courtney B. Vance—describe Adams’ Christina as a headstrong careerist and consummate artist who made bold choices to sacrifice her maternal duties to pursue her career. But when we see her, rather than a bold woman in control of her destiny, Christina is a gauzy figure beset by regrets.

However, some truly remarkable technical aspects that deeply enrich the atmosphere created by the performers generally offset these gaps in the script.

Robert Glasper’s jazz score, featuring the trembling cymbal work of drummer Justin Tyson, richly evokes both the magical tumble of falling in love and the pouring down rain that soaks our lovers their first night together. Costume designer Keri Langerman (Luce and Vox Lux) dresses characters from two different time periods in a manner that reflects both the reality of their situation and the height of their aspirations. Meanwhile, the often handheld camerawork of cinematographer Mark Schwartzbard (Black Christmas) bathes the proceedings in the rich golds and browns of sunken treasure.

All of it combines into not only a profoundly romantic experience, but also an exploration of a number of different kinds of love and connection. Rae’s Mae is the recipient of two flavors of paternal affection, both of which are singular and deeply moving. Even the love that her absent mother was never able to express when she was alive is palpable throughout the story, and gives the furtiveness with which Mae approaches her growing love for Mike emotional weight.

Indeed, having Christina and Mae’s stories run concurrently makes The Photograph something much more meaningful than a romance-of-the-week or a Valentine’s Day weekend movie du jour. It becomes an exploration of how we are inspired and cursed by the past and the people who may have been barely there in our day-to-day lives but whose desires and emotions we can still feel in the decisions we make—or don’t make—and in the photographs they leave behind. 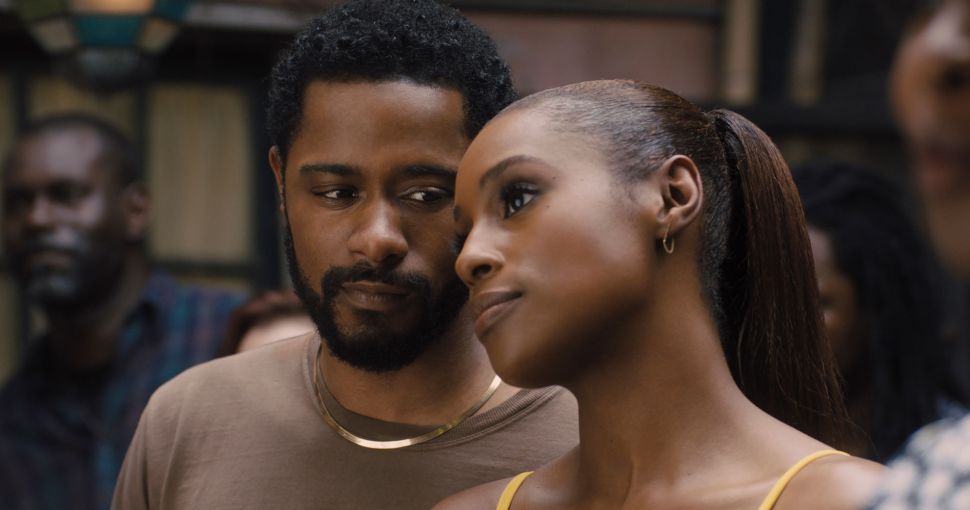