After more than six months of mysterious delay and the resulting scandalous exposé about his dubious cryptocurrency company, Chinese tech entrepreneur Justin Sun (Sun Yuchen), CEO of the cryptocurrency Tron, finally made his million-dollar lunch appointment with Warren Buffett happen—over a dinner.

On Thursday morning, the 29-year-old founder posted a group photo of himself with Buffett, along with four guests he invited along, on Twitter and LinkedIn, announcing that his big meeting with the investing legend had been consummated on January 23 at a private country club near Buffett’s home in Omaha, Neb.

SEE ALSO: Warren Buffett’s 28-Year-Old Power Lunch Guest Is a Fraud, Say Those Close to Him

“Great things take time. Thank you Warren Buffett for your dinner, wisdom and vision,” Sun wrote in a LinkedIn post.

The unlikely duo apparently discussed philanthropy, trending stock (a.k.a Tesla) and Bitcoin, a topic Buffett famously despises, over the meal.

“Thanks for your support and advice on how to take Tron to the next level! Loved our talk on Bitcoin, Tesla and Tron,” Sun wrote in a Twitter post on Thursday.

Last June, Sun won the eBay auction for Warren Buffett’s annual “Power Lunch” for a record $4.56 million. Unlike most of Buffett’s past charity lunch guests who preferred to remain anonymous and hold the meeting privately, Sun revealed his identity in a high-profile social media campaign immediately after winning the auction and made the unusual request of moving the lunch venue from Buffett’s favorite New York steakhouse to San Francisco, where Sun’s crypto company is located.

After all that fuss, however, Sun called off the lunch at the last minute in July due to what he claimed was an emergency kidney stone condition. Few believed that explanation, however, because he was seen out and about at a party in San Francisco just three days after that announcement.

All that doesn’t matter anymore now that Sun has kept his word. “$4.56 million for a $515.05 dinner was money well spent! The insights I received are priceless,” the young businessman tweeted with a photo of the dinner bill signed by Buffett.

(1/12) Most delicious meal ever! Thks @WarrenBuffett for taking us to Happy Hollow Club! $4.56 MIL for a $515.05 dinner was money well spent! The insights I received are priceless. I enjoyed every bite with my friends @SatoshiLite @ChrisLEE_Crypto @HelenHaiyu @yoniassia! pic.twitter.com/tSQirSZY2e

Other notable details about the meeting: Sun gifted Buffett a Bitcoin, two Samsung Galaxy Fold phones with 1,930,830 tokens of Tron (to match Buffett’s birthday: August 30, 1930), a bronze horse because they were both born in the Year of the Horse, 60 years apart and a traditional Chinese paper cutting of a mouse to celebrate the Year of the Mouse. 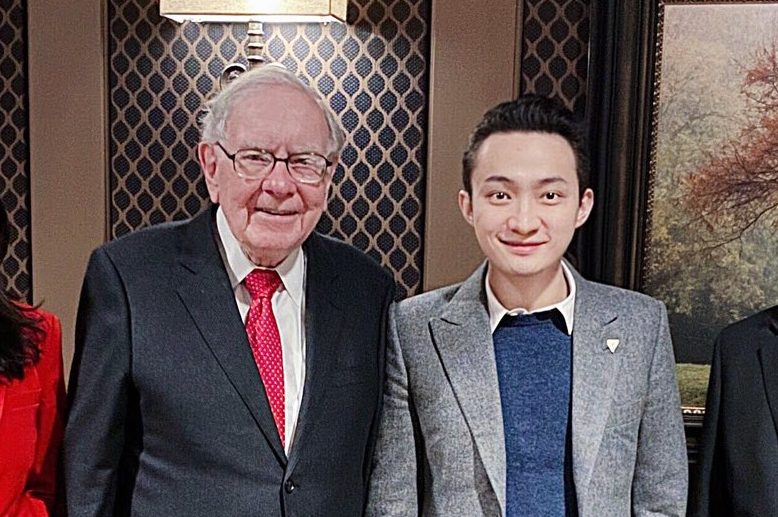