As climate change encroaches and human relations across the globe continue to be (and this is a huge understatement) increasingly strained, there’s something consistently invigorating about wildlife photography; those brief glimpses we get into the social interactions of beasts beyond our understanding. This year, there were many worthy finalists for the Wildlife Photographer of the Year LUMIX People’s Choice award, which is hosted by London’s Natural History Museum. Included among them was a stunning snapshot of two jaguars tussling over a slain anaconda and a heavenly portrait of a cluster of arctic reindeer reclining in the snow. However, the winning entry, which was voted for by approximately 28,000 people, is considerably scrappier: taken by photographer Sam Rowley, the image features two tiny mice literally fighting over a scrap of food in London’s Underground.

Rowley, who was fascinated by the goings-on of the countless mice who scuttle through the United Kingdom’s subterranean train network, spent a week wandering the tunnels trying to achieve the shot he desired. In order to capture Station Squabble, the title of the winning photograph, the photographer would lie on his stomach with his camera in one of Central London’s tube stations, a practice which would make any reasonable New Yorker gag. But the pursuit of the little creatures turned out to be worth it.

“These tube mice, for example, are born and spend their whole lives without ever even seeing the Sun or feeling a blade of grass,” Rowley told the BBC, where he is also currently working as a researcher for the natural history filmmaking team. “On one level, it’s a desperate situation—running along gloomy passages for a few months, maybe a year or two, and then dying. And because there are so many mice and so few resources, they have to fight over something as irrelevant as a crumb.”

The composition of Rowley’s shot is fantastic. Not only are the agitated mice beautifully floodlit by train station fluorescents, they’re also framed elegantly by the maw of the subway tunnel and by the intimidating presence of a nearby bench. Plus, the behavior of the mice so instantly comes across as human that a capitalist analogy becomes more or less compulsory: in a world where resources are restricted, fighting over the scraps among ourselves is inevitable. 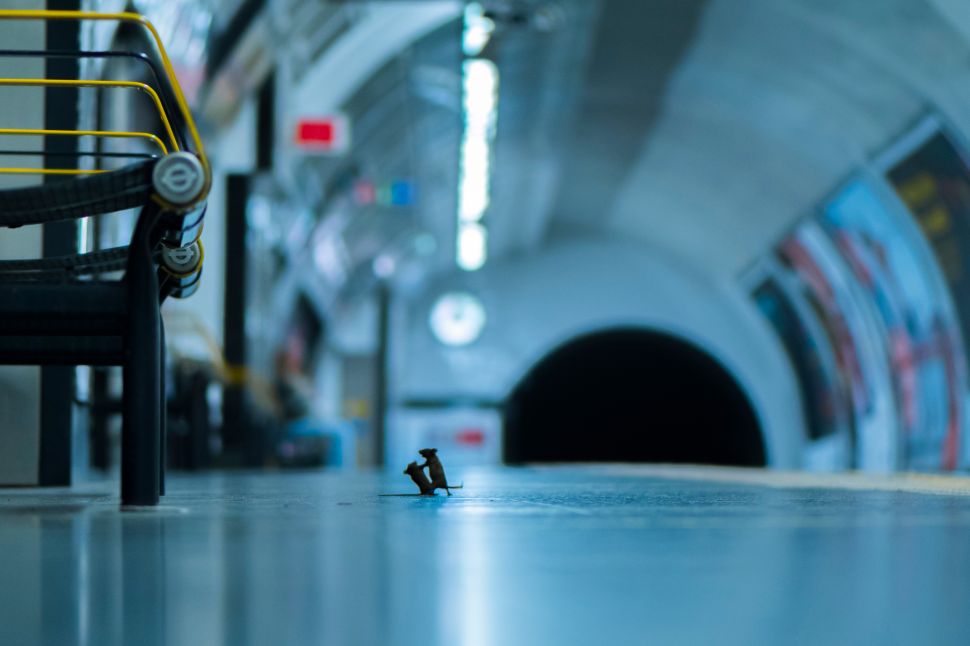