In the U.S. alone, the arts contribute more than $760 billion to the economy. With such an outsized impact, you’d think there would be plenty of room for everyone in the “art world sandbox,” so to speak. Unfortunately, the space has long been, and still remains, highly siloed. Women especially have had a hard time breaking into the art world, too often playing the role of muse rather than being celebrated as artists in their own right.

As recently as 2018, 87 percent of all artists in U.S. museum collections were white men. And this isn’t because women aren’t putting in the work. They are creating as much art as men, but are only getting one-third as many opportunities to display their art in museums. According to consolidated research, 51 percent of visual artists working today are women, but only 27 percent of solo exhibitions have gone to women artists over the last six years.

SEE ALSO: Tamara de Lempicka: Her Art Is Breaking Records, Her Life Is on Its Way to Broadway

This inequity extends behind-the-scenes, too. Research shows that women art workers earn an average of $20,000 less per year than men. And while women make up the majority of professional art museum staff, they remain underrepresented in leadership positions, according to a 2018 Art Museum Staff Demographic Survey.

More than a few scholars and curators have attempted to correct the imbalance by recognizing works by women who have been underappreciated or under-recognized. Artists themselves have also advocated on their own behalf.

A.I.R. Gallery (Artists in Residence) was founded in 1972 as the first all-female artists cooperative gallery in the U.S. Driven by the mission to challenge stereotypes about female artists and highlight their talent and diversity, A.I.R. spearheaded the showing of art by women at commercial galleries in New York City at a time when they were almost all exclusively male. In the 1980s, the Guerilla Girls came on the scene as a group of fed-up feminist artists who called out specific leaders and institutions in the art world who had not done their part for equality. It’s no surprise that they are still active today.

Women can and do create exceptional works of art, and when galleries and museums overlook their contributions, they have been forced to make some noise or find alternative audiences. This is where digital galleries play an integral role in ensuring female artists are on an equal footing with their male counterparts.

Just like many other industries in the 21st century, the art world is undergoing an equality-minded transformation, especially after movements like #MeToo, which has helped drive change more quickly in film and other creative industries. Now more than ever, we’re seeing those in positions of leadership striving to make the world a more welcoming, inclusive place for those who have generally been excluded, and the art world is no different.

Changes are happening, but such systemic shifts take time and commitment.

As I have seen from my work at Saatchi Art, the popular argument from men who run brick-and-mortar galleries that women artists “just don’t sell” crumbles under the light of examination. Women sell art just fine—their challenges arise not from their talents or the tastes of their audience but from the extra hurdles they must overcome. On an equal playing field, women artists can compete with men at all levels.

Curators should want to represent more women in their galleries. The latest research from Sotheby’s shows that prices on works created by women are rising much more quickly than prices on works created by men. Despite this, works by women still make up a paltry 2 percent of the total value of art sold in traditional auctions. The impetus is there; the action must follow.

According to a report from the UN Secretary-General, “The economic and human development costs of large, and persistent economic gender gaps are enormous.” The report also shows that higher levels of gender equality lead to increased levels of economic growth. When women achieve equal standing in the art world, imagine how rapidly that $760 billion market value would climb? Female artists are eager to take their place on gallery walls, and there is no doubt the art world would benefit from their increased talent and leadership.

As more democratic platforms, online art galleries are actually remedying issues that have sat quietly in the shadows for decades. It’s imperative that anyone currently in an art and culture leadership position do their part in helping to remedy the gap in opportunities for underrepresented artists. Rather than wait passively for the imbalance to correct itself, all of us in the art world should actively and passionately pursue equal representation for women and all other groups that have been historically left behind. 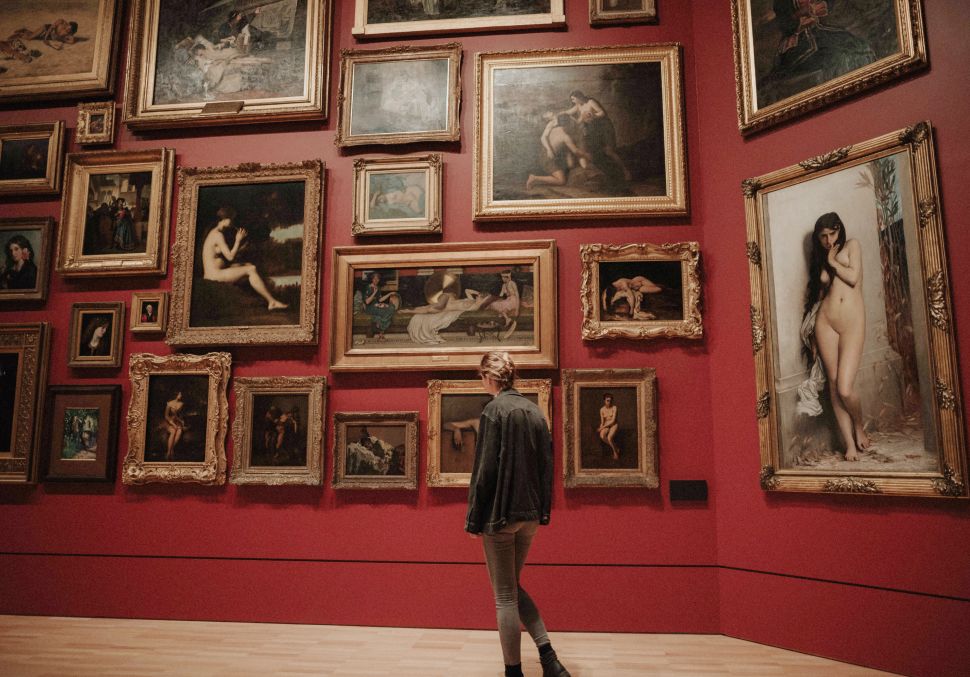