On Monday morning, about 100 warehouse workers at Amazon’s Staten Island facility walked off from their jobs to demand more protection and better pay from the e-commerce giant amid the coronavirus pandemic.

The workers’ protest was spurred by Amazon’s decision to keep the Staten Island warehouse, also known as JFK8, open despite the fact that the facility reported its first COVID-19 case last week.

Christian Smalls, a process assistant who led the walkout, told CNN that about five to seven workers had been diagnosed with the coronavirus since the first case.

The warehouse workers also demanded more access to sick leave during the pandemic. One worker at the JFK8 warehouse, who requested to remain anonymous, told CNBC that gloves were being rationed to only two pairs per week.

Think it’s strange that Amazon is not treating their employees properly during a public health crisis? Well, it’s not news that Jeff Bezos’ business empire is often criticized for being one of the most evil tech companies in America. In better times, it’s been reported that Amazon workers are treated no different than robots—some aren’t even allowed to take bathroom breaks.

An Amazon spokesman told Business Insider that the protestors’ allegations against the company are misleading, stating: “Like all businesses grappling with the ongoing coronavirus pandemic, we are working hard to keep employees safe while serving communities and the most vulnerable. We have taken extreme measures to keep people safe, tripling down on deep cleaning, procuring safety supplies that are available, and changing processes to ensure those in our buildings are keeping safe distances.”

But workers said that the measures Amazon have taken so far are inadequate. For example, in response to the surging demand driven by the self-quarantined shut-ins, Amazon has opened up 100,000 positions in the U.S. That means that there will be more workers packed into enclosed warehouse spaces.

Amazon workers aren’t making unreasonable demands. They are simply asking the Staten Island warehouse to be temporarily closed for extensive deep cleaning while workers continue to be paid.

The implications here are huge and multilayered: Amazon is the main life artery of supplies to a self-quarantined society. If delivery stops, pandemonium will follow. (Can you imagine how much profit Amazon must be making when people aren’t leaving their homes to shop for necessitates? Bezos will surely be able to buy several $165 million estates when this is all over.) Thus, Amazon needs to step up to the pandemic plate and look after its employees—rather than providing the bare minimum.

“All employers need to prioritize the health and safety of their workforce at this time,” Stuart Applebaum, President of the Retail, Wholesale and Department Store Union (RWDSU), a labor union representing over 60,000 workers, told Business Insider on Monday. “Unfortunately, Amazon appears to be prioritizing maximizing its enormous profits even over its employees’ safety—and that is unacceptable.” 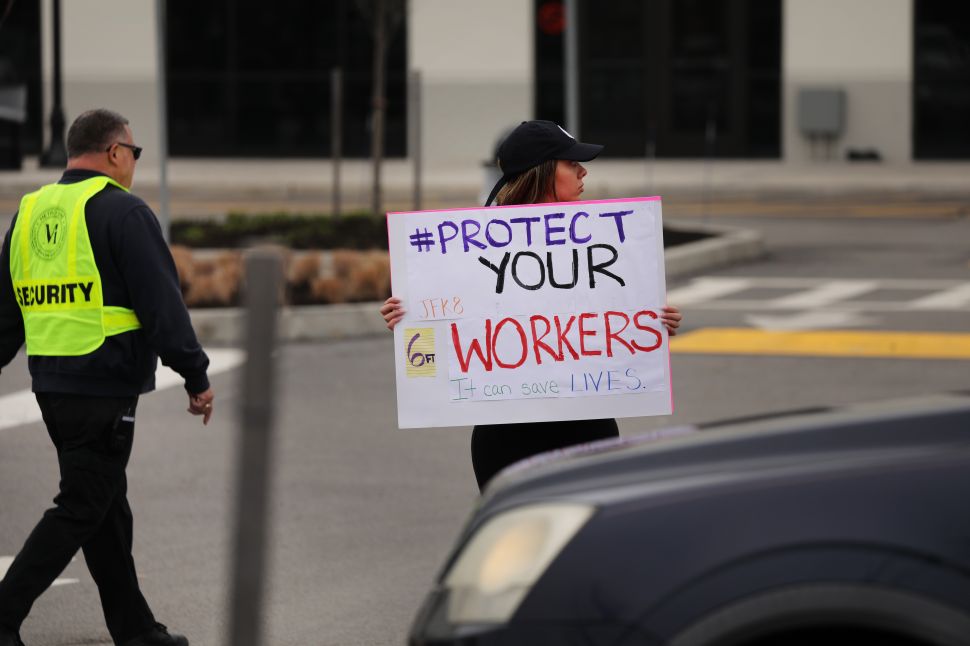