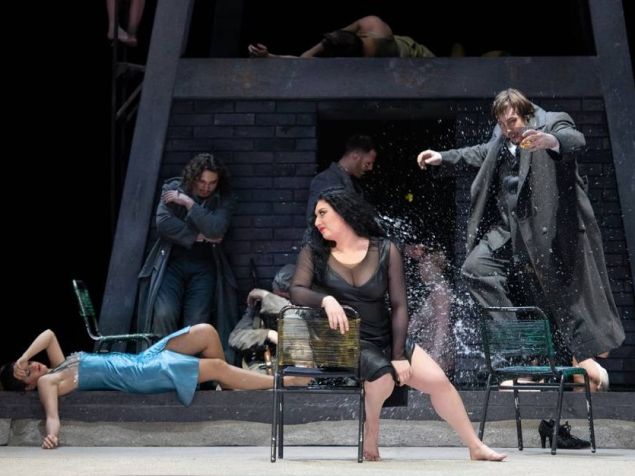 In my role as an opera critic, it’s obviously not my place to comment on the broader aspects of the COVID-19 pandemic. On the other hand, seeing and hearing the various responses to the crisis from performers and companies makes me proud to be at least adjacent to the opera business.

True, thus far no company has accomplished a comparable miracle to Rosie O’Donnell’s one-night-only gala benefit revival of her talk show with its glimpses of self-isolating superstars like Kristin Chenoweth, Billy Porter and Chita Rivera in their kitchens and home offices. But opera companies have made available lavish offerings of free streaming performances—so many, in fact, that even the most devoted fan is now faced with having to choose between, say, the Met, La Scala and the Vienna State Opera for their daily opera fix.

Of the dozens of performances streamed in the last couple of weeks, the one that has resonated perhaps most strongly is a Carmen from the Berlin State Opera, done live on March 12, just as German theaters were closed in response to the pandemic. Though this was a full-scale production of the Bizet opera, no public was admitted. The usual pre-show and intermission establishing shots of the auditorium took on an eerie feeling, almost as if the opera were being performed for an audience of ghosts.

One felt immense admiration for the singers, who brought concentration and passion to the work even though they must have been mightily distracted by (for instance) the need to fly out of Berlin as soon as possible in order to rejoin their families. Mezzo-soprano Anita Rachvelishvili and tenor Michael Fabiano achieved an instant and intense chemistry as the doomed lovers.

On a more abstract level, this performance demonstrated how context shapes our perception of an art work. The production by Martin Kusej originated in 2006, but the stark visuals now seem particularly grim. The various public spaces containing the action of the opera feel tense, even in light-hearted moments like the dance opening the second act. This opera is not an escape from the world surrounding it, but rather a bleak commentary on our fears about the current impossibility of making connections. (A replay of this performance streams on the Berlin State Opera website on Friday, March 27.)

But obviously we can’t be serious 24/7. Social distancing also has its lighter moments, as illustrated by bass-baritones Nicholas Brownlee and Ryan McKinny, who teamed on YouTube for a long-distance duet from Bellini’s I Puritani. This video not only entertains in its own right (the two gentlemen are in terrific voice) but it also slyly lifts the curtain on the vocal-centric backstage world of the opera singer. Yes, they do belt out arias while they’re shaving, and, yes, like the rest of us, they take advantage of self-isolation to forgo wearing pants. 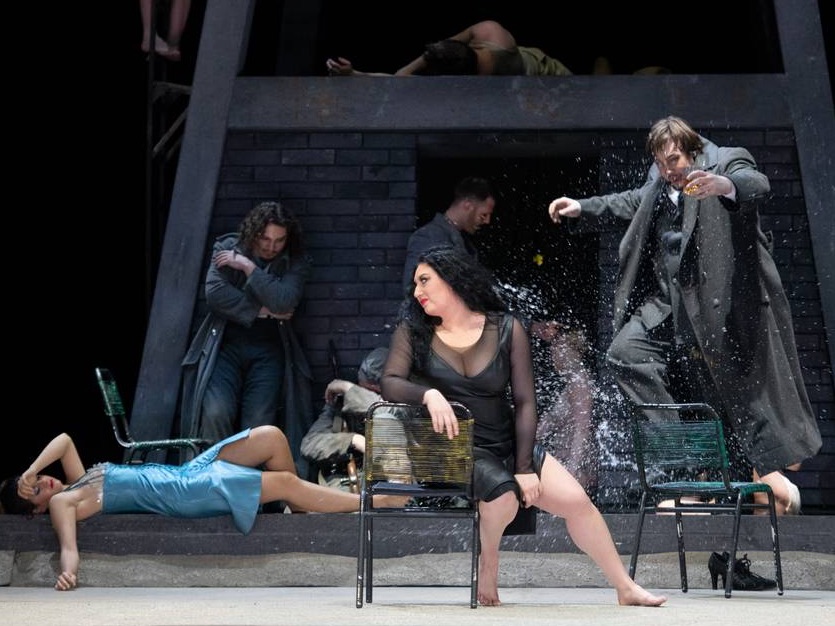