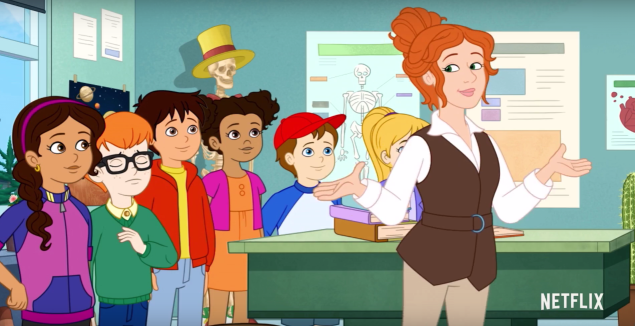 The outbreak of coronavirus, or COVID-19, is disorganizing our lives in ways we’ve never experienced. With the strict lockdowns and school closures, education has fallen into the hands of parents across the country. As a freelance writer and a mother of two young children, it’s safe to say that I will not be able to focus on a homeschool curriculum during the work week. Plus let’s be honest, I know my limits and I don’t have the patience or the skill set to be their full-time teacher. But I am reassured to know that screen time can not only be entertaining, it can also be an educational tool to give parents like me a bit of a break. Here are nine Netflix shows I plan to provide my children with content that is both entertaining and educational. Instead of Netflix and chill, think of it like Netflix and teach.

Kids are curious about the world around them. It’s only a matter of time before they bombard parents with questions like how do eyes work, how many animals are there out there, how do or why do people look different? This is where the Emmy-award winning television show Ask the StoryBots comes into play. With guest stars that include the likes of Tony Hale, Ali Wong, John Legend and Kristen Schaal, this series tackles these questions through fun songs and field trips to different places.

Magic School Bus Rides Again is an updated version of The Magic School Bus, which was a television series and book more than 30 years old. The animated sequel focuses on Ms. Frizzle’s kid sister, Fiona (voiced by Kate McKinnon), who now has the keys to the magic school bus. Each episode takes Ms. Frizzle’s students on field trips to explore topics like allergies, ocean zones and fossils. Listen up for guest stars like Martin Short, Catherine O’Hara and Sandra Oh.

The Cat and the Hat Knows a Lot About That!

Based on the iconic book by Dr. Seuss, The Cat in the Hat Knows a Lot About That! follows two children, Nick and Sally, on their adventures with the Cat (voiced by Martin Short) They are transported wherever they need to go in a contraption called the Thinga-ma-jigger. Each episode begins with questions like how whales do communicate, why do birds migrate or how is wheat turned into flour? Pre-schoolers will discover the answers through Nick and Sally’s escapades with the Cat.

Dino Hunt is the perfect show for mini-paleontologists. In this four-part series, children will follow scientists and paleontologists through Canada in search of dinosaur bones and uncover the truth about these prehistoric creators. Narrated by Dan Aykroyd, Dino Hunt discusses the history of extinction and fossils as viewers follow a team of paleontologists that discovers a new dinosaur that is believed to be an ancient cousin of the triceratops.

The Who Was? Show

The Who Was? Show is a live-action sketch comedy show that brings historical figures like Albert Einstein, Sacagawea, Frida Kahlo and Louis Armstrong to life. The characters are  impersonated by a group of teenagers. The show is both educational and laugh-out-loud funny. The series is based on the best-selling book series Who Was…? which you’ve probably seen in your local library or at your child’s elementary school book fair.

Since we’re all stuck in self-isolation, we can redefine staycations as watching the world through our screens. National Geographic’s America’s National Parks is a documentary series that explores the wildlife in the national parks across the United States. The viewer can learn more about this beautiful country and the animals that live here with tours of places like The Grand Canyon, the Great Smokey Mountains and Saguaro—home to the nation’s largest cacti.

The InBESTigators are “little detectives solving big crimes.” This Australian comedy/”whodunnit” series, centers around four inspiring investigators who create a detective agency that operates out of a “granny flat” in one of their backyards. Each episode challenges viewers to use their critical thinking skills by providing problem-solving techniques in solving cases like The Case of the Vanishing Koalas, The Case of the Puzzling Pet Day and The Case of the Soccer Saga.

In lieu of an art class at school, kids can learn painting techniques with the iconic artist Bob Ross who coined the term, “happy little trees.” Chill With Bob Ross is three seasons long and if your child breezes through those episodes, they can follow it up with Bob Ross Beauty is Everywhere. Whether it’s painting snowy mountains, a crystal clear lake or a landscape with an old fence, children can learn oil painting skills while relaxing at the same time.

The Healing Powers of Dude

The Healing Powers of Dude is a family comedy about Noah Ferris (Jace Chapman), who is an 11-year-old with social anxiety disorder, and his emotional support dog, Dude. The series follows Noah as he transitions to middle school and navigates how he copes with his anxiety equipped with and his fearless friends Simon (Mauricio Lara) and Amara (Sophie Kim), who has muscular dystrophy. 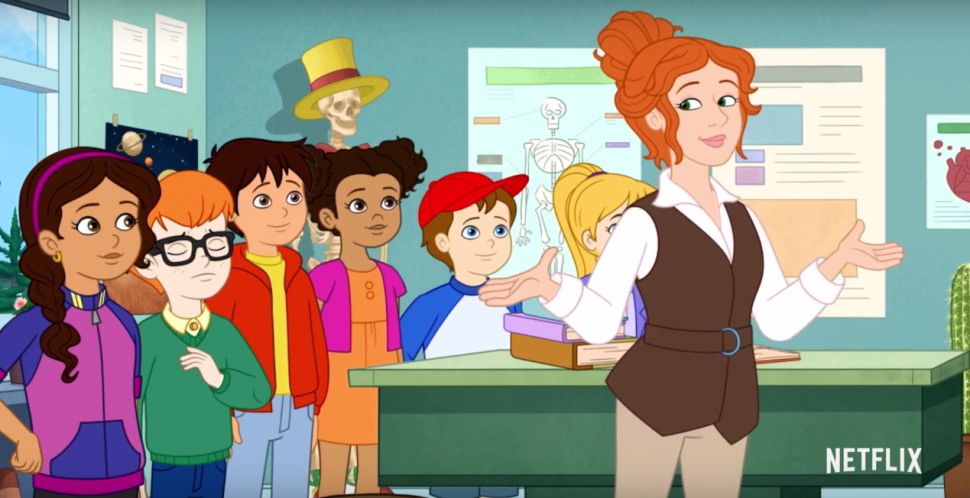