There’s still a chill in the air, but sunshine is on the horizon. A change in weather is welcomed by barbecue enthusiasts and beach-goers, but cinema lovers are the true winners. Historically speaking, Hollywood uses January and February like the Death Star used the trash compactor room—a disposal window for problemed productions and presumed box office busts.

While that’s not always the case (see: Deadpool, Black Panther, Get Out, etc), the stigma remains. So as we close in on March and the first days of spring, we’ve put together a handy guide to the most exciting upcoming theatrical releases, any of which could beat a trudge through the wintry cold.

Four of Pixar’s last five films dating back to 2016 have been sequels. As such, studio executives have emphatically stated that the immediate future will be focused on originals. First up is Onward, starring Chris Pratt and Tom Holland, which takes audiences into a mythical world of fantastical creatures. Since it’s Pixar, we assume we’ll laugh and then cry and then cry a lot more until a kindly cashier reminds us we’re in line at a Wendy’s. (Update: we saw Onward. We cried).

Focus Features prides itself on having a nose for talent. Since their recent hits include BlacKkKlansman and Downtown Abbey, they’re probably justified in that self-belief. That the studio swooped in for distribution rights on Never Rarely Sometimes Always—which debuted at Sundance and holds a 100 percent rating on Rotten Tomatoes based on 33 reviews as of this writing—says a lot about writer/director Eliza Hittman’s third feature.

Not 2 Quiet 2 Place, sadly. What a missed opportunity. Director John Krasinski’s low-budget 2018 sleeper hit, which earned more than $340 million worldwide, is getting a sequel despite Krasinski’s own reservations about a follow-up. Part II will expand the world by revealing new survivors and perhaps answer some of the questions surrounding the end of civilization.

Niki Caro’s live-action Mulan remake will do away with fan-favorite elements of the original such as the beloved musical numbers and Eddie Murphy’s Mushu. But maybe that’s a good thing. Many of Disney’s remakes of classic cartoons have felt like hollow cash grabs superficially rehashing the past. But this new Mulan reimagining looks to stand on its own with a fresh take on the ancient legend. We’re excited to see Disney change up its formula (though the coronavirus could cost the film millions in China).

It’s Daniel Craig’s final outing as James Bond, and Billie Eilish was tapped for the song. Need we say more?

Scarlett Johansson’s blockbuster Marvel hero finally gets the standalone feature she’s always deserved. But with the character’s fate sewn up in Avengers: Endgame, will Black Widow‘s potential be capped by the audience’s pre-existing knowledge? Either way, watching Stranger Things‘ David Harbour play a Russian KGB-affiliated super-soldier will likely be worth the price of admission.

The Personal History of David Copperfield (May 8)

Dev Patel is perpetually underrated but is poised for an impressive 2020 with A24’s The Green Knight and Searchlight’s The Personal History of David Copperfield, both of which happen to be imaginative retellings of classic tales. Here, director Armando Iannucci puts a new spin on Charles Dickens’ literary classic. And if you needed any further convincing, mid-19th century suits are just plain cool-looking.

We told you: 2020 is the year of Dev Patel. Here, acclaimed director David Lowery couples him with Alicia Vikander and Joel Edgerton in A24’s dark retelling of the iconic Arthurian legend. Not only does this look supremely intriguing, it also marks a departure for A24 from micro-budget dramas to beefier genre outings.

Remember when this franchise was about street racing and stealing VCRs? Yeah, me neither. Somehow, Universal has squeezed 10 movie’s worth of story out of this concept (counting Hobbs & Shaw). Next year, Fast & Furious 10 will race into theaters. But can the series maintain its multi-billon dollar box office pace? Expect, say, Keanu Reeves to show up in the next one to keep the juice flowing.

There’s a case to be made that 2017’s Wonder Woman is the DC Extended Universe’s most successful entry of all. This begs the question: can that success be duplicated? Since the trailer shows Diana (Gal Gadot) literally lassoing between lightning bolts in the sky, we’re not going to question if Patty Jenkins’ highly-anticipated sequel can catch lightning in a bottle for the second time. Anything is possible in the cocaine-fueled glitz of the 1980s.

Two-time Academy winner Pete Docter and co-director Kemp Powers are excited to introduce Joe Gardner, a middle-school band teacher whose true passion is playing jazz. In a twist on Mr. Holland’s Opus, Joe feels like his dream of being a jazz musician is fading away. But a fateful unexpected step sends him spiraling into a fantastical place that asks the questions: what does it truly mean to have a soul? Jamie Foxx and Tina Fey lend their voices for this spiritual adventure.

Observer’s 2020 Spring Arts & Entertainment Preview is your go-to guide for everything culture lovers need to know this season. We’ve combed through the new releases about to drop across TV, movies, dance, opera, theater, the visual arts and literature to bring you our picks for how to occupy your time in the warming months to come. Avid readers should also check out our list of must-see theater and spring’s best new reads. 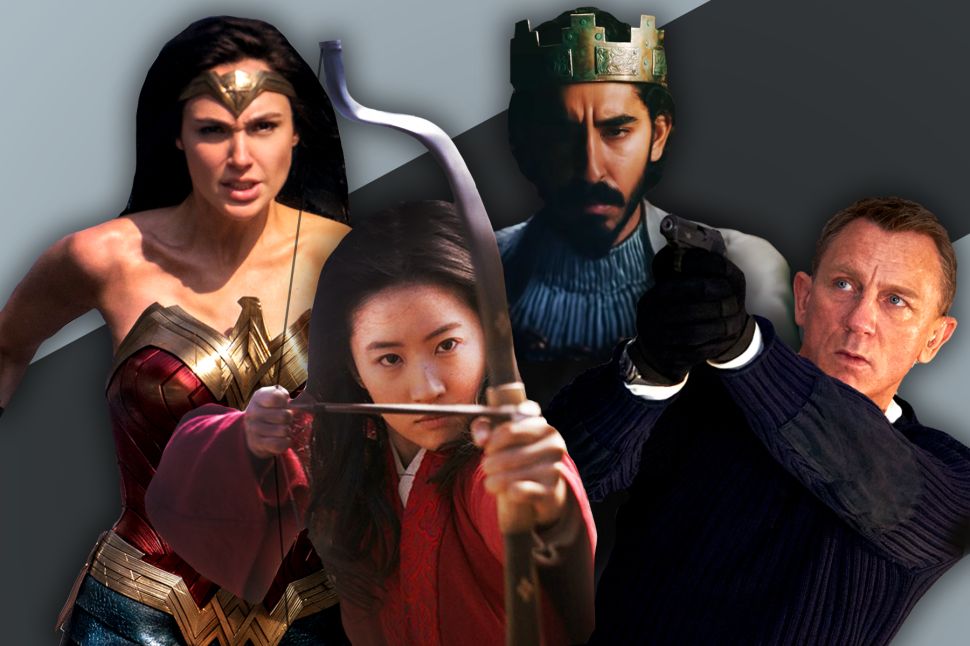