Some experts believe the coronavirus outbreak will unfortunately worsen over the next six months, meaning we may all be forced to spend a lot more time in our homes in the near future. Those of you without social lives are likely prepped and ready for the coming epidemic. Ramen noodles and comic books are, admittedly, an awesome way to spend a Friday night. But those of you used to bar-hopping, hiking, apple picking and whatever else normal, well-adjusted members of society get up to on the weekends are in for a culture shock.

SEE ALSO: Why the ‘No Time to Die’ Delay Could Hurt a Future MGM Sale

So as we wait for the outbreak to subside and bring with it a return to blockbuster normalcy (sorry, No Time to Die), here are seven series in their first seasons that you can binge and catch up on to help pass the time.

Recently, Observer contributor Rafael Motamayor described Kingdom as “a show that mixes the political intrigue of Game of Thrones and the class struggles of Parasite with a zombie threat.” If that doesn’t tickle your fancy, we’ll never swipe right.

This period action-drama takes place in medieval Korea and will return for its second season later this month. But, before it does, use your downtime to catch up on its highly underrated rookie run. What’s better than watching zombie mowed down by chainsaws and shotguns? Well, watching them decapitated and punctured by swords and arrows, of course. Kingdom draws the appeal of historical military fiction with the pulp (and decaying puss) of the zombie genre. Eat your hearts out (literally), Walking Dead.

So, uhh, not sure if you’ve noticed but Nazis are kind of making a comeback lately. That’s sub-optimal. But if we can’t stamp out the hate completely in real life, the next best thing is to depict the delightful opposition to such villainy and scum.

Hunters, starring Al Pacino and executive produced by Jordan Peele, may not be a prestige peak TV drama in the way that Amazon was hoping. But it’s a fantastic concept that is loads of fun to watch unfurl. Conspiracies, secret Nazis, double agents, action, humor, Al Pacino with a bad accent. We dare you not to smile.

Alex Garland (Annihilation, Ex Machina) is arguably the most talented creator working in the science-fiction genre at the moment (we need a round robin tournament between him, Denis Villeneuve, and Christopher Nolan to proclaim sci-fi supremacy). His first foray into television is a successful one, even if we aren’t entirely sure what’s happening in Devs at all times.

Garland opened up to Observer about his personal beliefs regarding technology, free will, determinism and society and how they all inform this trippy, gorgeously realized new limited series. The main takeaway (besides a gnawing existential fear of our own insignificance within the cosmos) is that Devs is so self-assured and dazzling in its delivery that any qualms about plot coherence are rendered irrelevant. Highly recommend.

Apple made waves in 2017 when it struck a deal with Steven Spielberg to revive his critically acclaimed sci-fi anthology series from the 1980s. Fast forward to today and Apple TV+ is very much in need of a broad appeal hit. While the Amazing Stories premiere episode provided to critics ahead of time didn’t wow us, the concept is packed with potential.

Amazing Stories is essentially if The Twilight Zone and Black Mirror regularly went to therapy and was on a steady stream of Zoloft. It is a warmer and more optimistic exploration of how the supernatural and/or unbelievable shape our lives and culture.

Dave is a semi-autobiographical new series created by rapper Lil’ Dicky who is introducing us to his real-life persona, Dave Burd. The first five episodes provided to critics are funny, very clever, and often relatable. As in his raps, Lil’ Dicky has a knack for creatively giving voice to our silent insecurities and subverting expectations with an ego-less execution.

While most hip hop stars are busy dropping diss tracks and starting beef, Lil’ Dicky is first in line to highlight his own flaws and shortcomings while making himself the butt of a joke. The disarming self-reflection works to create a character we can’t help but be interested in and root for.

As we said in our review, Picard is not The Next Generation 2.0. It’s a serialized, big-budget, action-packed return for an iconic character, but with a welcomed sense of melancholy as our aging hero reflects upon his mistakes. That differentiation is exactly what convinced Sir Patrick Stewart to return in the first place.

While Picard does lean on its Star Trek history, including enticing cameos and references to adventures of yesteryear, the greatest compliment we can give it is that it still manages to stand on its own. If you have to be locked up inside for weeks on end, you could do a lot worse than revisiting an old and familiar friend.

Stephen King source material, HBO, Ben Mendelsohn and Cynthia Erivo. There’s a lot to like about this limited series, which follows a murder investigation that, at first, seems like a simple and straightforward case but soon devolves into a supernatural terror. The 10-episode season may stretch King’s story a bit with some filler and throat clearing, but The Outsider is a deliberately haunting watch. King’s content is enjoying a bit of a renaissance lately and The Outsider is just the latest in a long line of strong adaptations. 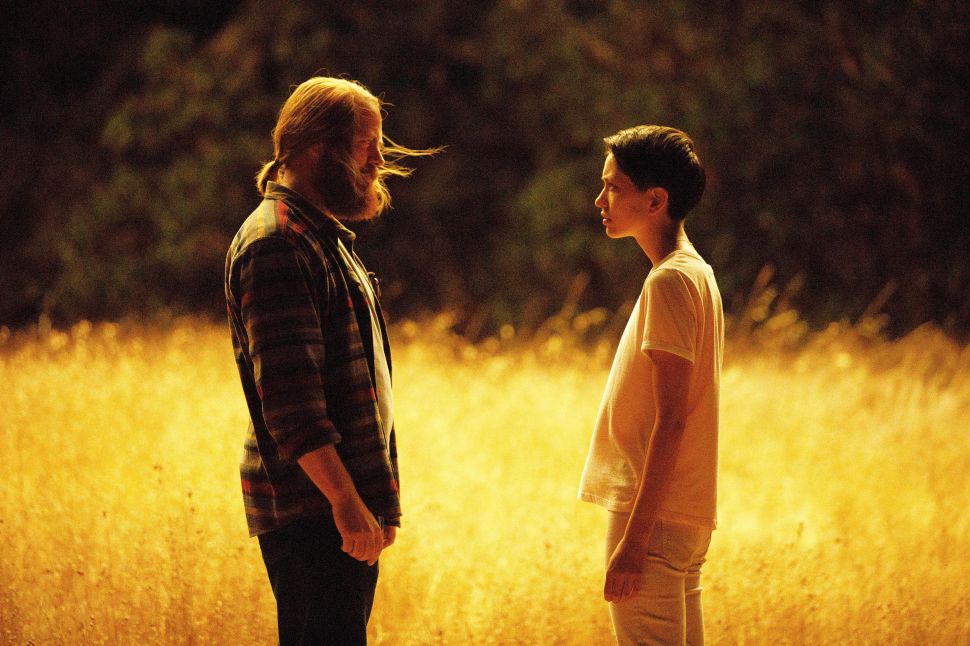