Did you know that a record 532 scripted series aired across all of television in 2019 and that that record is expected to be broken yet again in 2020? Did you also know that 646,152 unique titles were available to watch across linear and streaming outlets in 2019? There’s enough television on the market right now to last multiple lifetimes, and there’s no realistic way to keep up with the avalanche of content that arrives at our digital doorstep. Frankly, it’s overwhelming.

This chaos demands order. That’s why we’ve put together a handy-dandy recommendation guide to help you navigate the plethora of shiny new spring series arriving on the airwaves over the next few months.

Created by and starring Jason Segel, Dispatches From Elsewhere is a trippy new drama that follows a group of ordinary people who stumble onto a puzzle hiding just behind the veil of everyday life. They come to find that the mystery—which seems like it’s part-Lost and part-Twin Peaks—winds far deeper than they ever imagined. We’ve all felt that there’s something missing from our lives, much like the force driving these characters in the above trailer. We’re just not lucky enough to have our own insecurities brought to life by Segel, Richard E. Grant, Sally Field, Eve Lindley and Andre Benjamin.

Devs is written and directed by Alex Garland (Ex Machina, Annihilation), arguably the most visionary creator working in the science-fiction genre right now. His upcoming TV series (of which we’ve seen all eight episodes), is like a mix between Deja Vu, Spider-Man: Into the Spider-Verse, 2001: A Space Odyssey, Looper and The Matrix, all focused on a computer engineer convinced that a quantum computing corporation disappeared her boyfriend. It’s a lot to handle, but the visual and thematic ground that it covers is a worthy journey into the human condition.

Rapper Lil’ Dicky, who was born Dave Burd, makes the leap into scripted television with the semi-autobiographical Dave. The series revolves around, well, Dave, a neurotic mid 20’s suburbanite’s convinced he’s destined to be one of the greatest rappers of all time. Hilarity and hijinks ensue as he attempts to prove his doubters wrong. Given how refreshingly unique and creative Lil’ Dicky’s music is, especially in comparison to mainstream hip-hop, we’re not about to doubt his ability to transition into new mediums.

Back in 2017, Apple announced its first major content play for its then-unnamed streaming service with a headline-generating partnership with Steven Spielberg. Serving as executive producer, the legendary director is rebooting his critically acclaimed science-fiction anthology series from the 1980s. Amazing Stories is exactly the type of big-budget broad appeal genre gamble that could put Apple TV+ on the map (sorry, The Morning Show, you just didn’t cut it).

The Plot Against America (HBO)—March 16

The Wire creators David Simon and Ed Burns return to HBO with a story set in an alternate American history in which presidential candidate and noted anti-Semite Charles Lindbergh pushes the nation toward fascism in the 1940s. HBO was burned on the ill-advised Confederate, which was meant to be set in an alternate history where the South won the Civil War, from the Game of Thrones creators. Will The Plot Against America take a different route? Zoe Kazan, Morgan Spector, Winona Ryder, and John Turturro lead the limited series.

Based on Celeste Ng’s 2017 best-selling novel of the same name, Little Fires Everywhere follows the intertwined fates of the picture-perfect Richardson family and an enigmatic mother and daughter who upend their lives. But, really, we’re here to see Reese Witherspoon and Kerry Washington go toe-to-toe. Hulu has been searching for a complementary hit to The Handmaid’s Tale, and this bout between heavyweight stars fits the bill.

Here’s what you need to know. 1) Domhnall Gleeson was wasted in the last two Star Wars movies and is an underrated gem. 2) Emmy-winner Merritt Wever has been putting in great work ever since Nurse Jackie. 3) The great Phoebe Waller-Bridge executive produces this comedy thriller. That’s a whole lot of good stuffed into one show, even if the teaser gives virtually nothing away in terms of story.

Cate Blanchett is a two-time Oscar winner with seven total nominations under her belt. When she appears on screen, you pay attention. It helps that Mrs. America crafts an engaging narrative around her. The miniseries follows the true story about the movement to ratify the Equal Rights Amendment and the unexpected backlash it elicited from conservative Phyllis Schlafly (Blanchett). We’re 100 percent here for 100 percent of the intense stares in this trailer.

HBO’s Helen Mirren-led Catherine the Great was met with lukewarm reactions from critics. Now, rival Hulu is taking a stab at the iconic monarch. However, this is not your standard pomp and pompous royal drama. Creator Tony McNamara is best known for the wonderfully gonzo psycho-sexual dramedy The Favourite and he appears to be applying the same sensibilities with The Great. We’re absolutely on board with imperial shenanigans involving Elle fanning and Nicholas Hoult. Just don’t you dare hurt that dog, Peter the Third.

Domestic peril is HBO’s specialty these days. Created and written by Big Little Lies showrunner David E. Kelley, The Undoing sees a violent death open up a chasm in the lives of Grace and Jonathan Fraser. What comes gushing out is a chain of terrible revelations that rewrites their existence. Nicole Kidman and Hugh Grant star.

Observer’s 2020 Spring Arts & Entertainment Preview is your go-to guide for everything culture lovers need to know this season. We’ve combed through the new releases about to drop across TV, movies, dance, opera, theater, the visual arts and literature to bring you our picks for how to occupy your time in the warming months to come. Binge-watchers should also check out our list of must-see movies and spring’s best theater. 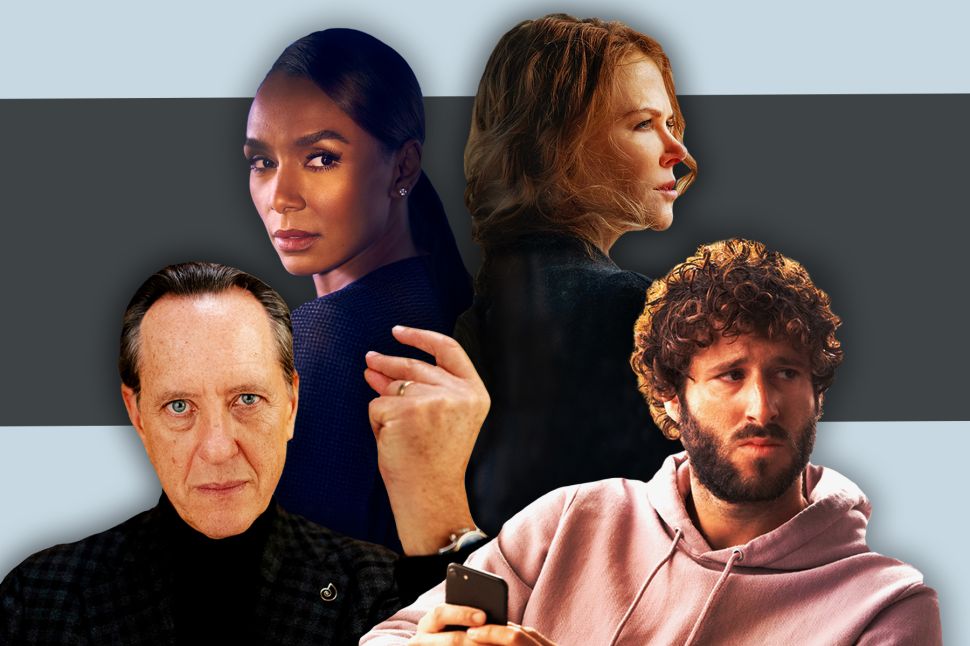