Over the first three days of the past week, the first time in America’s history of an almost nationwide pandemic-induced self-quarantine, Blue Apron saw an unreal stock surge as speculators piled in on shares of the troubled meal-kit delivery company.

“The coronavirus outbreak has provided a glimmer of hope for Blue Apron, the worst-performing IPO in history,” said Liam Hunt, a market analyst at SophisticatedInvestor.com.

The runaway stock rally slowed down on Thursday, and Blue Apron stock is currently trading at around $10 per share, still up 400 percent from what it was worth just a week ago. Is that it? Or will the stock pick up again as more states (like California) institute shelter-in-place orders and more Americans stay inside?

Among investment experts, there’s a general consensus that what we saw this week was nothing but a fleeting surge, although Blue Apron is seeing a spike in demand since the coronavirus outbreak. On Thursday, CEO Linda Findley Kozlowski confirmed to MarketWatch that the company has been ramping up hiring to fill sharply increased order volume.

“We are increasing our capacity for future orders and expect to fulfill this increased demand by the next available weekly cycle, starting on March 30,” she said in a statement, but warned that “a prediction about current or future performance of the company as the situation remains very fluid and various matters could affect our ability to serve our customers.”

“We should expect meal-kit delivery services like Blue Apron to see a boost until coronavirus containment efforts are lifted. However, the company’s fundamentals are still lacking and do not point toward sustained growth in the long run,” Hunt told Observer. “This price movement doesn’t reflect the generally poor acceptance of the meal-kit business model in the U.S. to date.”

“Since Blue Apron became a publicly traded company less than three years ago, it has been a financial failure. It is not profitable and any clear path to profitability is difficult to see,” Robert Johnson, a finance professor at the Heider College of Business in Creighton University, told Observer.

And even if Americans embrace meal kits permanently after the pandemic passes, Blue Apron isn’t necessarily a market winner.

“If in the long run this service will increase in demand, other firms will enter the space and compress operating margins, making the business less attractive,” Johnson explained. “Firms have already entered and exited this crowded market. For instance, meal-delivery startup Terra’s Kitchen ceased operation and filed for Chapter 7 bankruptcy protection after the company struggled to raise additional capital from investors to cover its growing expenses.”

“The bottom line for investors is that during the coronavirus outbreak you may want to order from Blue Apron, but investing in the company would be considered speculation,” he concluded. 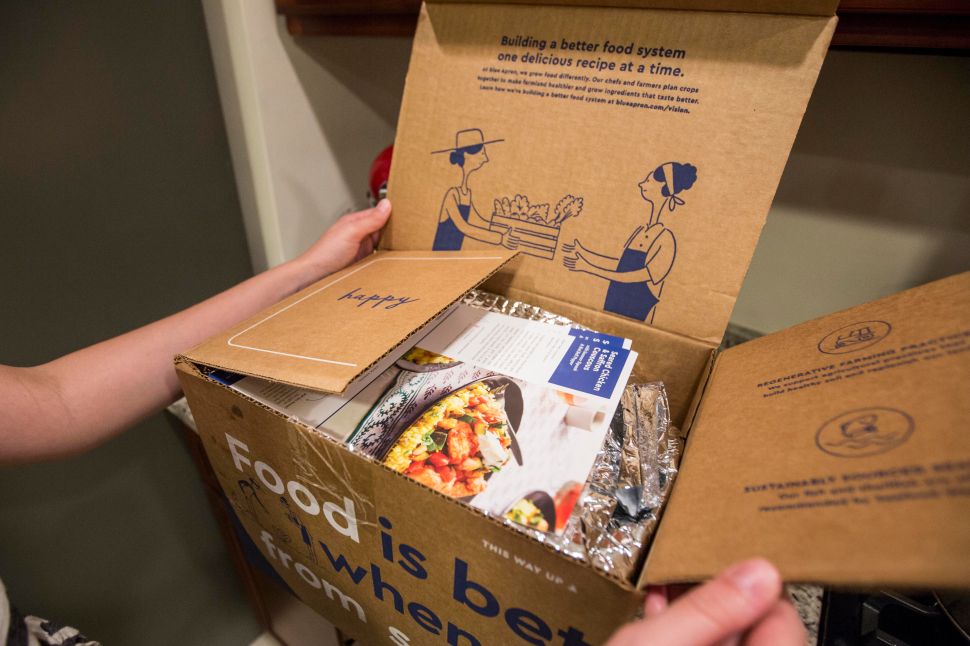