If there’s ever a silver lining in this life-destroying, economy-crippling coronavirus pandemic, it would be the resurgence of dying meal kit startup Blue Apron, at least for now.

As major U.S. cities, including New York, Los Angeles and Seattle, rush to order restaurants to suspend dine-in service and limit orders to take-outs and delivery only this week, investors—mostly wounded from two weeks of brutal market rout—are flocking to buy shares of Blue Apron and other meal prep and food delivery companies.

“With so many households practicing social distancing and remaining at home, getting fresh ingredients for at-home preparation holds appeal,” said Jennifer Bartashus, a senior analyst with Bloomberg Intelligence.

Before the massive rebound, Blue Apron shares had plummeted 98 percent since its initial public offering in June 2017. The company is currently valued at $18.6 million, still a far cry from its peak private-market valuation of $2 billion just a few years.

Yet, it’s notable that Uber, which operates Uber Eats, didn’t seen much of a stock jump on the restaurant closure news. Uber Eats currently accounts for about 22 percent of Uber’s total bookings, according to its latest quarterly report.

Uber Eats is currently the second largest player in the food delivery sector, owning 22 percent of the market, according to market research firm Edison Trends, preceded by DoorDash (35 percent) and followed by Grubhub (22 percent) and Postmates (10 percent).

The meal-kit subscription market, which most market researchers treat as a separate sector (also much smaller than food delivery), is dominated by Blue Apron, as well as Germany’s HelloFresh, according to Euromonitor. 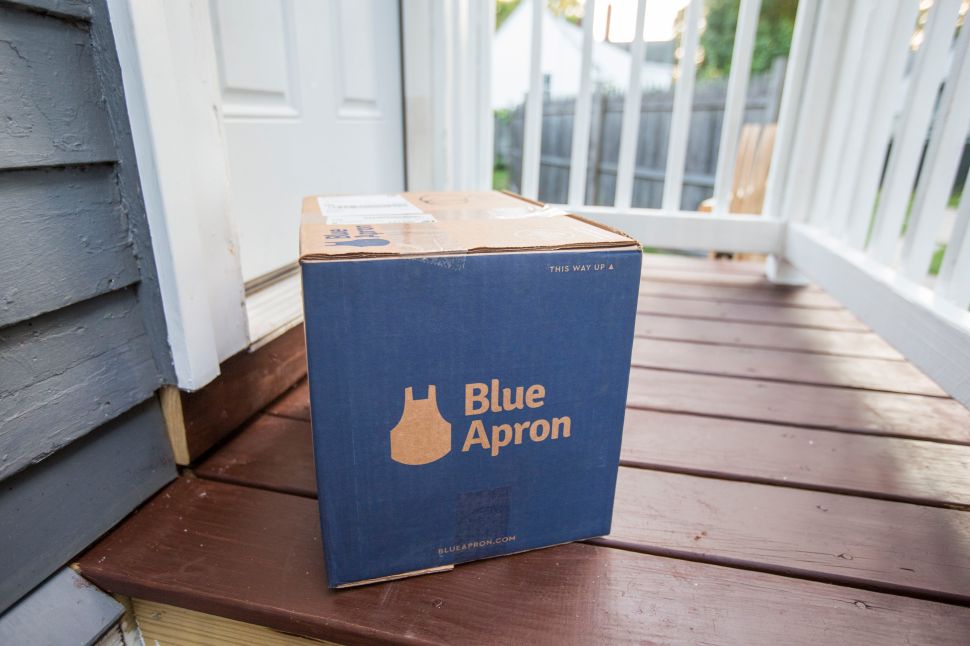