Anyone looking to diversify their diet of streaming should head over to multi-disciplinary artist Kate Lain’s website to peruse the Cabin Fever Playlist.

Cabin Fever is a crowd-sourced compendium of art films and experimental films from across the Internet that are (currently) available for the low, low price of free.

Lain started the list for the benefit of her students in a video art class at the Armory Center for the Arts in Pasadena. As shelter-in-place orders shuttered non-essential enterprises around the country, Lain felt the list might help her students stay inspired and sane while they quarantined at home.

“I started the list based on moods that someone is likely to experience while they’re self-isolating or quarantining,” Lain told Observer, “Films to watch when you want to laugh and sing, or, if you feel like, crying. Things like that. I loved the idea of sharing this list with others in the experimental film world. I have a lot of blind spots and I wanted to see their suggestions. I opened it up for other folks to edit and shared it with colleagues and friends, put it on social media. It just took off.”

These unofficial co-editors added movie after movie, racking up hundreds of entries, and continuing to grow exponentially. The mood-based topics that Lain established have been expanded to include “Train Travel,” “Diaries,” “Plants,” and more.

As these new directions take shape, Lain doesn’t loom over the project with a strict curatorial sense of what does or doesn’t fit. She trusts contributors to self-select what should be included and under what subject.

A very small selection of links have been removed. A few, Lain was informed, went to torrent sites that weren’t necessarily safe for the average viewer. On two occasions, artists informed her that videos sourced from YouTube were going to be taken down due to being uploaded without permission. Otherwise, the response has been overwhelmingly positive.

“People seem to have really wanted something like this. So they can show their work, show other people’s work they’re excited about. I’ve received a lot of kind notes and gratitude because people can look at Cabin Fever and be able to feel a piece of that community that you get from micro-cinemas and film festivals. It’s also just something to do and a way to cope with things. The excitement is heartwarming,” Lain says.

Cabin Fever currently has hundreds of videos listed and is likely to accumulate many scores more before the end of the pandemic. Viewers don’t need a deep knowledge of esoteric films to enjoy. Simply start with the topic that feels right for the moment and dive in.

Lain, who received an MFA in Science & Natural History Filmmaking from Montana State University in Bozeman, doesn’t know what will become of Cabin Fever after shelter-in-place ends. The experiment might live on as some sort of resource, a record from a particular and unusual point in history. Lain would count that as a worthwhile victory.

“So much experimental work goes beyond escapism and sits outside the educational,” says Lain. “They hit you in a different place, transport you to a different part of your consciousness. It’s a way to understand yourself that’s different from and complementary to those other types of film. It’s also a way to question the medium itself. There’s such a broad range of work out there.” 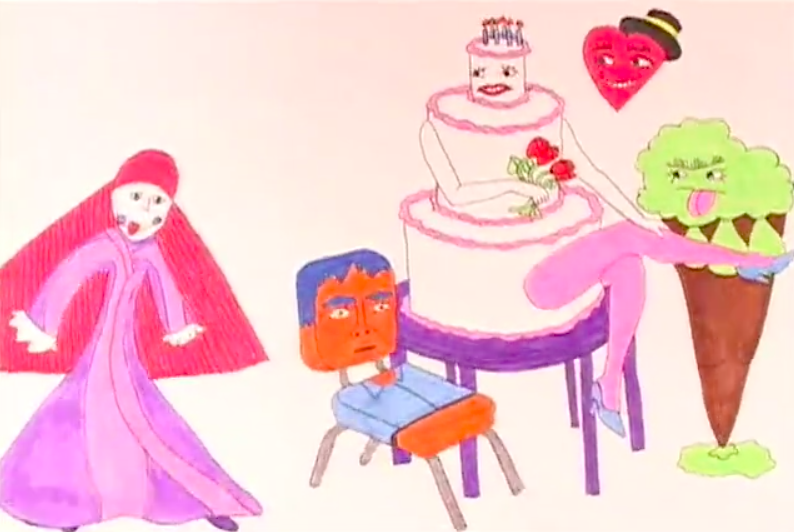