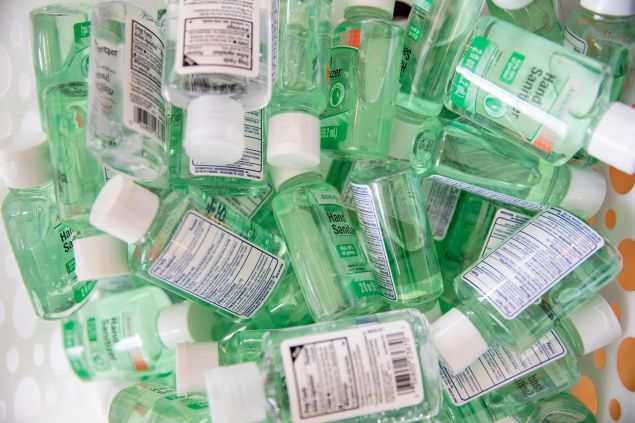 If Matt Colvin had 17,700 bottles of hand sanitizer, his stash would have meant about $40,000 in income—for Amazon. Photo by Samuel Corum/Getty Images

Anger isn’t easily aimed at a pathogen—at least not to anyone’s cathartic satisfaction—and every story needs a villain, so it’s easy to see why so much of America’s angst over the novel coronavirus fell squarely on Matt Colvin.

That’s been good news for his accomplice, who so far has managed to escape even a hint of responsibility.

The Tennessee man, 36, became a national pariah over the weekend after the New York Times reported that he and his brother were sitting on a stockpile of 18,000 bottles of impossible-to-find hand sanitizer—as well as facemasks, cleaning wipes and other suddenly precious goods the pair had hoarded in hopes of immense profits by reselling the goods online.

SEE ALSO: Ordering Take-Out Amid Coronavirus: New Delivery Options You Should Know About

And for about a day, Colvin did make “crazy money,” as he told the Times, flipping bottles of Purell for up to $70 apiece, before Amazon yanked his listings and “thousands of others” trying the same hustle.

In the days since, Colvin has been the recipient of death threats, crank calls and at least one in-person visit from an extremely irate member of the public. He’s under investigation by the Tennessee attorney general’s office for price-gouging, for which he could face criminal charges.

And with most of his hand-sanitizer stash donated under the watchful eye of authorities and the public, he’s since been suspended from both eBay and Amazon, the marketplaces where he’d made his living as an online reseller for the past decade.

In his defense, Colvin points out that acquiring goods and reselling that stuff online for a profit—the same formula applied during the current crisis—is how he’s made his living for the past ten years without issue.

He also claimed that after “his labor, Amazon’s fees, and about $10 in shipping,” his profit margin on a $2 worth of Purell, resold for $20, isn’t that exorbitant. “Just because it cost me $2 in the store doesn’t mean it’s not going to cost me $16 to get it to your door,” he told the Times.

Two words there have so far escaped significant scrutiny: “Amazon,” and “fees.” The retailer did yank Colvin’s listings extremely quickly, but not before he and many others were able to list them in the first place. And by Colvin’s own admission, driving a U-Haul around rural Kentucky and cleaning out every last dollar store and Wal-Mart of their hand sanitizer supply (transactions those merchants seemed happy to fulfill) was only an escalation.

His first foray into disaster mercantilism was in early February, when he snapped up 2,000 “pandemic packs” from a local liquidation firm. He had no trouble selling those for a “substantial profit”—and used the Amazon platform to do so.

In other words, the world’s largest online retailer was apparently fine with Colvin and a still unquantified crew of others using the platform to crisis profiteer, until it wasn’t.

And while it’s not clear exactly how much cash Amazon pocketed per transaction—the company did not immediately respond to a request for comment sent via email on Monday—or where that money went aside from into the insanely profitable company’s vast coffers, Amazon made some money (before eliminating Colvin’s source of income in what promises to be a lengthy economic disaster as well as a public-health crisis).

Whatever it was, it wasn’t nothing: according to the fee structures published on Amazon’s website, “fulfillment fees” for small items, hand-sanitizer size, ranges from $2.50 on the lowest end to $3.48 and above. If he had 17,700 bottles, Colvin’s stash would have meant about $40,000 in income—for Amazon.

While Colvin and others are out of business, the online trade in hand sanitizer and related products continues. People can still find reasonably priced hand sanitizer on Amazon, but they must prepare to be extremely patient. A five-pack of two-ounce bottles of BYNNIX, for example, won’t arrive until sometime between April 6 and April 27.

And the offerings aren’t exactly impressing the buying public. “This isn’t labeled for the U.S. Can’t be sold in the US. Shouldn’t be listed here,” user Larissa wrote about the Wenasi Disposable Hand Sanitizer Gel ($8.14, free shipping, estimated date of delivery April 6-April 27).

Purell products, on the other hand, are blown out of stock, but not entirely. As of late Monday evening, some enterprising capitalist was peddling via Amazon a used Purell “high-capacity dispenser” for the low price of $200—sanitizer not included. 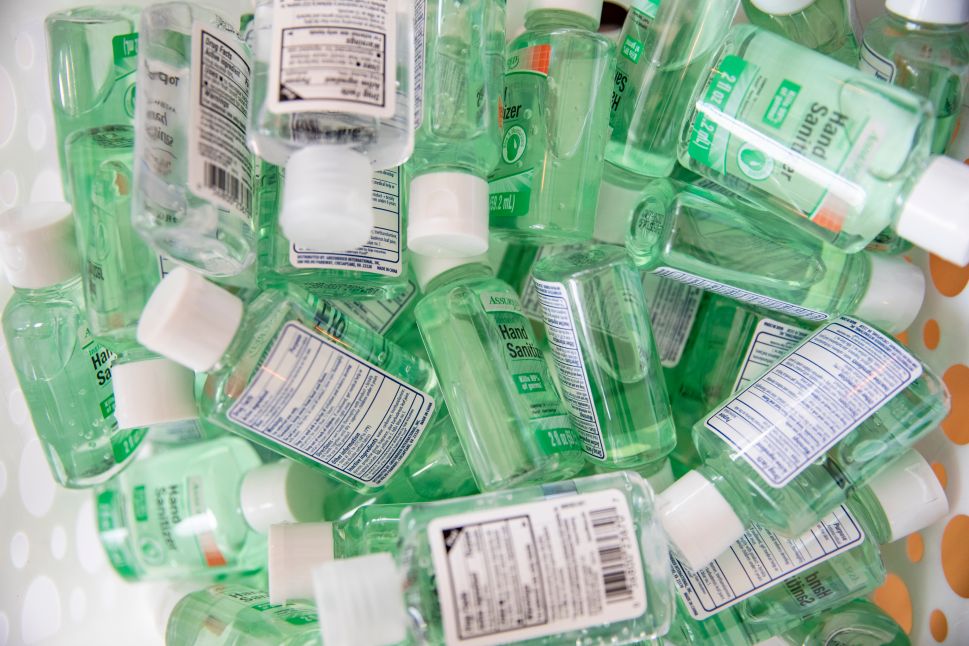