Viruses are killers, not just of humans but of powerful civilizations. Can they also bring down strong economies? A look back in history demonstrates how this has happened and what we can learn from past mistakes to deal with the new coronavirus Covid-19, from early detection to working with scientists on a solution, instead of politics.

History will tell you that the Athenian Empire fell during the Peloponnesian War to the Spartans, but the earliest recorded pandemics may have played a bigger role, possibly killing more than half the population of that once-powerful city-state. Both the Western Roman Empire and Eastern Roman Empire, as well as their rivals like the Huns, were severely sickened by plagues. Feudalism, the Vikings and the Aztec Empire were laid low by everything from the bubonic plague to smallpox and the measles.

But those ancient civilizations were based upon superstition and a lack of economic sophistication. Furthermore, those older regimes did not have the modern communication and health care technology that could provide solutions and the ability to spread the word so that any bug can be beaten.

The myth that viruses emerge only before elections may have been debunked, but the connection between influenza and recessions is a different story. As shown by data from the National Bureau of Economic Research, which tracks economic recessions, and the World Atlas site, the Russian Flu pandemic of 1889-1890 was followed by a recession in 1890 and 1891; the notorious Spanish Flu of 1918 emerged just before the twin recessions of 1918-1919 and 1920-1921; the Asian Flu, from 1957 to 1958, coincided with a dreadful recession during the same years; and there was the Hong Kong flu of 1968-1969, which preceded the 1969-1970 recession.

Of course, there have been recessions unaffiliated with any virus. And not every contagious disease leads to an economic downturn in the U.S. In fact, outbreaks of the yellow fever (1793), cholera (1832), Scarlet fever (1858), “Typhoid Mary” fever (1906-1907), polio (1916), diphtheria epidemics of the 1920s and cryptosporidium (1993), all documented by Healthline, generally did not occur around the times when the economy went south.

Flu viruses, however, are a little different. Unlike the -borne cryptosporidium, for example, which was limited to Milwaukee, flu bugs tend to spread across countries, even continents. Fatality rates can be quite higher, too—just compare the death toll of the 1889-1891 flu, which fell in the tens of millions, with the approximately 15,000 deaths from the 1920s diphtheria epidemic. As a result, understandably, panic over highly infectious and deadly viruses has a tendency to drive economic instability.

What History Has Learned From Economy-Killing Pandemics

There are a few lessons from prior economic panics over epidemics that we can learn from and maybe apply to the ongoing battle against Covid-19.

Stopping Problems Before They Start

The 2009 Swine flu, although not the most infectious and lethal in history, provides a lot to learn from. The Obama Administration declared the disease a public health emergency in early April that year, but it wasn’t until he declared it to be a national emergency a few months later did the public really tune in. Though technically the right call, the emergency declaration might have raised greater public awareness and media attention had it come earlier and stronger.

Having learned their lesson from the swine flu outbreak, Obama’s pandemic response team set up 49 stations around the world in the aftermath of the epidemic. Those stations were designed to provide a forward assault on infectious diseases, monitoring and managing the spread of these dangers long before they would come to America’s shores.

Yet, funding for 39 of these stations, including one in China, was allowed to lapse as a result of the Trump administration downsizing the global health section of the CDC in 2018.

In hindsight, that facilities should not only have been kept, but perhaps augmented, given the skyrocketing number of Covid-19 cases and the stock market crash right now.

Political Strategy Has No Place in Public Safety Response

The second lesson comes from another president (this one is a Republican). During the 1976 swine flu outbreak in Ft. Dix in New Jersey, President Gerald Ford raced to provide a vaccination solution, especially when he was trying to defend his job against Georgia Governor Jimmy Carter, who had opened a lead on him in the 1976 election. He hoped to immunize every American. Though few got the flu, a number of Americans suffered complications from the vaccine, leading critics to label it “a fiasco.”

“In the decision-making, the fundamental strategic flaw was combining all aspects of response into a single “go or no-go” decision—the decision to proceed with characterizing the virus into a vaccine, to produce the vaccine, to test it and to deliver it to every man, woman and child in the USA – that was all decided and announced in March ’76 in one fell swoop,” Harvey V. Fineberg, former president of the Institute of Medicine and a consultant with the World Health Organization, said in an interview in 1987.

The fact that it was an election season seems to have stimulated the policy, which led to more deaths from vaccine error than the swine flu itself.

“When you talked to the participants, as we did, some technical experts felt decisions that seemed premature must have served a political agenda. At the same time, political decision-makers consistently thought that the scientists were giving them no choice,” Fineberg said.

Though market drops and poll swings must be vexing to an incumbent, President Ford learned the hard way that premature pressure for pharmaceuticals can make the problem worse. The smart choice would be to listen carefully to scientists, even if they don’t follow an electoral calendar or manage your economic portfolio.

Of course, reestablishing early detection and treatment facilities abroad and drafting plans to study and combat diseases take time and may not provide short-term benefits. But they are the right call, something the public is looking for in their leaders. 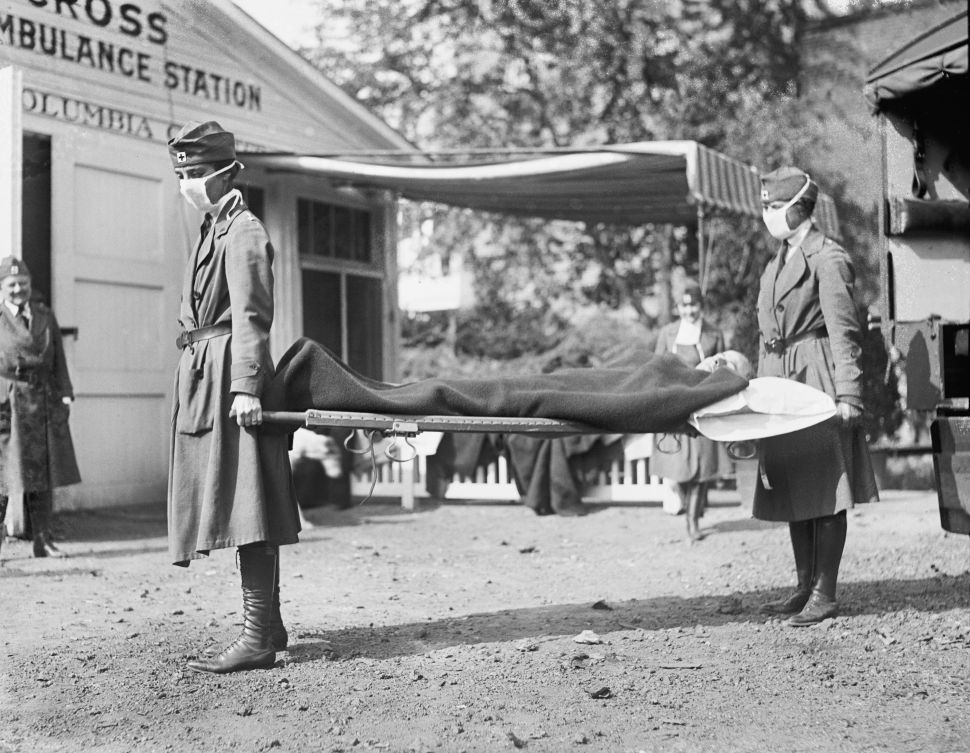