If the coronavirus, or COVID-19, was a full pot of simmering over weeks of uncertainty and torpid political action, it was an ultimatum to American grandparents that made it boil over.

“No one reached out to me and said, as a senior citizen, are you willing to take a chance for your survival in exchange for keeping the America that all America loves for your children and grandchildren?” said Texas Lt. Gov. Dan Patrick, on Fox News’s Tucker Carlson Tonight. “And if that’s the exchange, I’m all in.”

“My message is: Let’s get back to work,” he said, going against recommendations from public health officials both inside and outside the Trump administration. “Those of us who are 70-plus, we’ll take care of ourselves, but don’t sacrifice the country. Don’t do that. Don’t ruin this great American dream.”

SEE ALSO: What We Need From Big Tech as Coronavirus Misinformation Spreads

Patrick’s statement came on the heels of reports yesterday of President Trump growing impatience and frantic tweeting about the state of the U.S. economy amid efforts to stanch the spread of the virus. It turns out, however, that Americans are not so willing to condemn their grandparents to die for the sake of a dream.

Tx Lt Gov Dan Patrick says grandparents would be willing to die to save the economy for their grandchildren pic.twitter.com/wC3Ngvtsbj

“Woke up to #GeneralStrike trending in the United States. All is not lost,” tweeted Naomi Klein, the political analyst and author of The Shock Doctrine, a critique of capitalism and how neoliberal politics affect workers.

Accompanying #GeneralStrike in Twitter’s trending topics list was the hashtag #NotDying4WallStreet, which had amassed more than 116,000 tweets as of Tuesday morning and ranked as the third most popular hashtag in the United States.

The tweets paint a grim picture reflective of the broad discontent at both the government response to the pandemic as well as outrage at the notion that—in a public health crisis—workers should be expected to return to business as usual.

“I’d die for my family. I’d die for my friends. However, if these sons of bitches think that I’m gonna die to keep rich assholes rich, they’re dead wrong,” read one popular tweet.

“We need a mass general strike if the grotesque ghouls in our government decide it’s good for everyone to go back to work & risk their lives when all of our hospitals are far over capacity & there aren’t enough ventilators,” read another. “Fuck you, we’re #NotDying4WallStreet.”

Successful strikes can lead to major wins for labor. The U.S. Postal Service Strike of 1970, the country’s first nationwide strike of public employees, was an eight-day “wildcat strike” (that is, an illegal strike taken without approval of union leadership) that led to the formation of the modern American postal service and won the employees their full collective bargaining rights. Today, the American Postal Workers Union is the largest in the world, representing 200,000 employees, and the Postal Reorganization Act of 1970 defined the USPS as “a basic and fundamental service” provided to all Americans.

Not every strike is successful, of course. Walking off the job is an action to take in times of pain and desperation, when other organizing options and leverage have already been exhausted.

“If the workers are organized, all they have to do is to put their hands in their pockets and they have got the capitalist class whipped.” —Big Bill Haywood, “The General Strike” pic.twitter.com/h3IKGMIcFC

As of now, Trump seems defiant in his wish to restart the economy and lift shelter-in-place restrictions that “The longer it takes, the harder it will be to start up our economy,” Trump tweeted this morning. “Our workers will be hurt!”

The fact is that workers are already being hurt, whether they’re dying from the pandemic itself or figuring out how to account for lost wages. Those calling for a #GeneralStrike and #NotDying4WallStreet have indicated that they prefer the pain of our economy being squeezed to the pain of an out-of-control virus killing them or their loved ones. The question that remain is how quickly one can or will be organized. 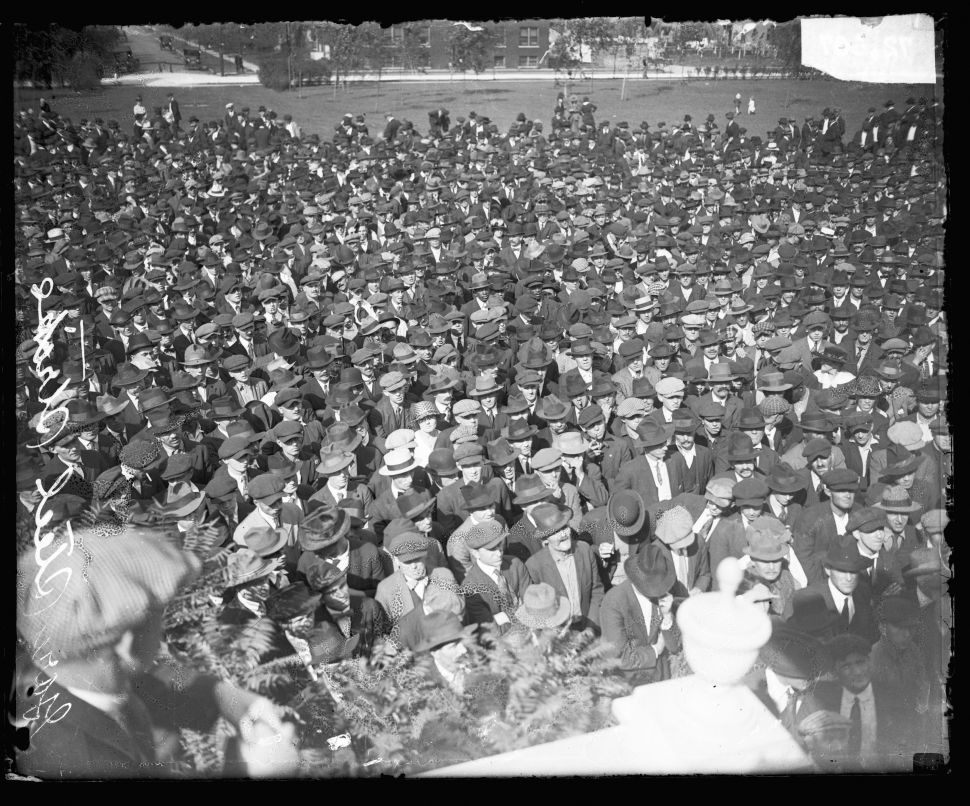