From South by Southwest (SXSW) in Austin, Texas, to Facebook’s F8 Developers Conference in San Jose, Calif., the coronavirus outbreak has forced a number of major events to either postpone or cancel. And the sports world is no exception.

In an unprecedented move, on Monday, Major League Baseball (MLB), Major League Soccer (MLS), the National Hockey League (NHL) and the National Basketball Association (NBA) issued a joint statement, announcing a uniform policy in response to the Covid-19 crisis. “Given the issues that can be associated with close contact in pre- and post-game settings, all team locker rooms and clubhouses will be open only to players and essential employees of teams and team facilities until further notice,” the four sports leagues said in the statement.

The NBA has taken a step further. As first reported by ESPN, the basketball league has asked teams to lay out their plans on how to protect players and fans from the coronavirus by Tuesday. “The health and safety of our employees, fans, teams and players is paramount,” Jacinda Ortiz, a spokeswoman for the NBA, told Observer. “We are coordinating with our teams and consulting with the CDC and infectious disease specialists on the coronavirus and continue to monitor the situation closely.

Some teams, including the Los Angeles Lakers, have already implemented policies such as asking players not to high-five fans.

Golf fans are not seeing the same kind of restrictions just yet. The Masters Tournament, one of the four major championships in professional golf, is still on schedule for April 9 to 12 in Augusta, Georgia.  “Based upon our knowledge of the situation at this time, we are proceeding as scheduled for the Augusta National Women’s Amateur, the Drive, Chip and Putt National Finals and the Masters Tournament,” Fred Ridley, chairman of the Augusta National Golf Club, said in a statement.

The fate of the Summer Olympics, scheduled to take place from July 24 to August 5 in Tokyo, Japan, though, is in question. Last week, Japan’s Olympic minister Seiko Hashimoto told Japanese lawmakers that the games could be postponed until the end of 2020, adding that the International Olympic Committee (IOC) has the right to “deactivate the contract” if the games are not held this year.

“At this moment, the Tokyo 2020 committee, the IOC and Tokyo are doing their best to make sure the games will be held from July 24,” Hashimoto said in a press conference.

Back stateside, the U.S. Olympic Committee is doing everything to prepare for working with their international counterparts in summer.

“We have been informed of event cancellations in Italy and South Korea, and we are awaiting word on others,” a representative for the U.S. Olympic Committee said in an email to Observer on February 25. “With less than 150 days to the Opening Ceremony of the Olympic Games, we remain 100 percent focused on maintaining our high standards of Games preparedness,” the person added.

And yet, fears for potential Olympic cancellations have not hindered athletes from preparing themselves for the game.

“I’m trying to qualify for the Olympics. I’m not going to stop because of this,” fencer Monica Aksamit, who represented the U.S. at the 2016 Summer Olympics and won a bronze medal in the Women’s Saber Team event, told Observer. “The only impact that this would have is that I train for a few more months before the Olympics.”

The 2020 NFL season, although still far away, is also under close watch by the National Football League. “We will continue to monitor and share guidance as the situation warrants and as our experts recommend,” Brain McCarthy, a spokesperson for the NFL, told the Observer in a statement. McCarthy said the league is concerned about player activity such as attending large events during the off season, but it has no policy in place at the moment. 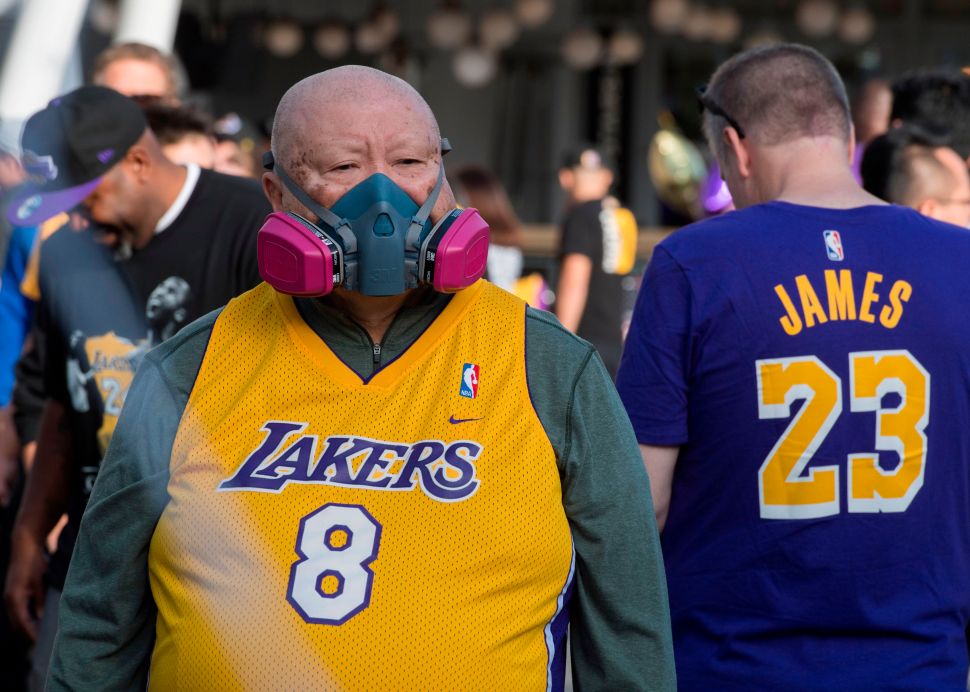