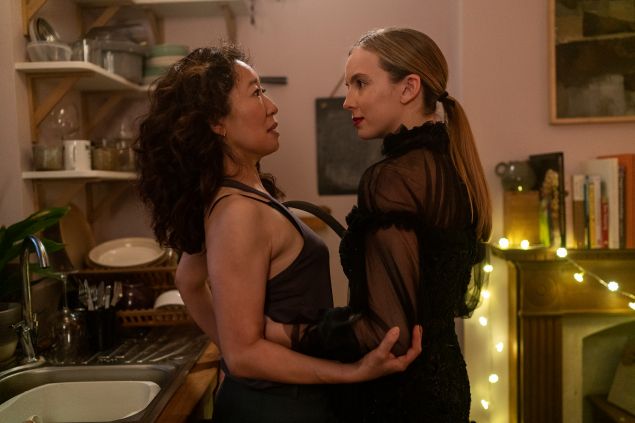 What to watch in April while the coronavirus lockdown continues? Robert Viglasky/BBCAmerica

Do you remember what genuine human interaction feels like? Neither do we! The self-isolation lockdown forced by the coronavirus has transformed most of us into homebodies with little access to the outside world. Sure, we could turn to healthy exercise, productive hobbies, and developing new interests to pass the time. But all we really want to do is watch television. It’s the 21st century—don’t judge us.

As we enter week three of the COVID-19 lockdown in the United States, the list of attractive small screen options is beginning to shrink. Fortunately, April will very likely provide a reprieve. According to TV Time data, there are five new and returning series arriving that are leading the pack in terms of audience anticipation. TV Time is a multi-platform, virtual TV tracking community of millions of users that use the app to track and react to the cable, broadcast, and OTT show they’re watching.

The top April shows from TV Time’s Anticipation Report, “based on global data” from their users:

Unlike months past in which incumbent streamers like Netflix and Hulu dominated the charts, April is poised to spread the love around. Not a single network or direct-to-consumer platform boasts more than one entry on the list. That fits with our new normal as viewing habits adjust to self-isolation patterns.
Online streaming consumption is surging as we spend more time at home. This week alone, Reelgood—which tracks every TV show and movie available online—saw a 49 percent jump in signups compared to the previous week. Overall streams initiated via the Reelgood platform this week also saw a 35 percent bump vs the previous week. Unsurprisingly, viewing traffic is spiking during business hours (8am to 6PM) as the majority of us work from home during the pandemic. Who among us doesn’t want to fill out a TPS report while Love Island blares in the background?

So far this month, compared to January 2020, playback during business hours has gone up by 8.3 percent while viewing during off-hours has actually gone down by 6.3 percent. Us couch potatoes surely are a fickle bunch. 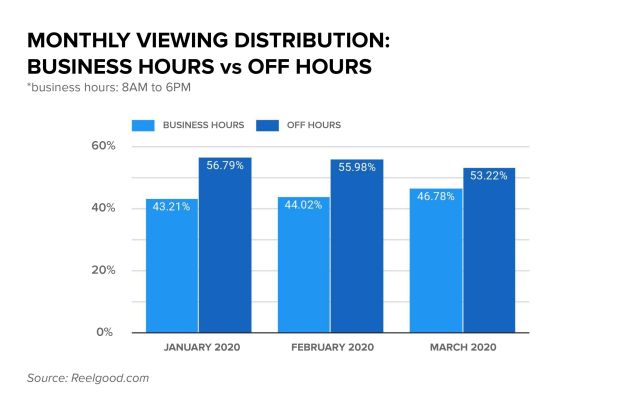 Who are the biggest beneficiaries in a time of relatively equitable viewing attention? Well, anecdotal evidence such as search traffic suggests a hierarchy of sorts for pandemic streaming. SEMrush, a data trends provider, took a look at which streaming services consumers have been searching for most amidst the crisis.

Some have criticized Disney+ for its lack of broad appeal originals outside of flagship series The Mandalorian. But although its back catalog of preexisting content doesn’t compare to other streamers in terms of quantity, it more than makes up for it with the franchise power of Marvel, Lucasfilm, Pixar, The Simpsons, etc. Plus, the platform’s family-friendly brand taps into one of streaming’s biggest demographics. This aligns with other third-party deep-dives into which streamers are experiencing the biggest viewing boost amid social distancing, where Disney+ comes out ahead yet again. But don’t feel too bad for market-leading Netflix, which has seen sign-up rates surge in affected overseas areas while setting new all-time traffic highs.

“Right now, consumers have more need for entertainment content than they’ve ever had before—as a practical way to fill time and a distraction from the stresses in the real world,” Jon Giegengack, Principal at Hub Entertainment Research, said in a statement. “Consumers are spending more time wringing out the content they already have, and many are open to spending on new subscriptions and PPV content to help fill the hours. Viewers are forming new habits right now, some of which may persist after restrictions are lifted and/or through an economic.”

So even if a new or returning show didn’t land among TV Time’s highly-coveted top five spots, it’s clear that there is a bigger audience for fresh content right now than perhaps at any other time in the streaming era. Though the coronavirus will eventually subside and a relative return to normalcy will take place, we may wind up looking back on this time as the era of great transition when at-home entertainment firmly leapfrogged traditional experiences. 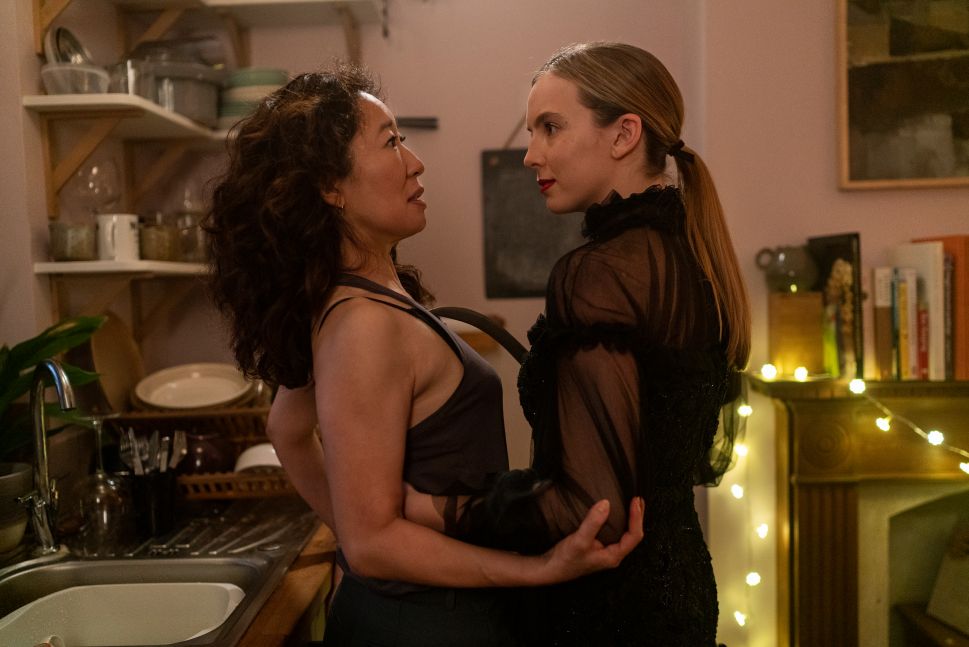