Just as the birds start chirping, the sun starts shining, and seasonally depressed Americans start poking their heads out of their pre-war walk-ups for the first time in months, the dance world begins to bloom with a bevy of new works and reflective celebrations. From indigenous Filipino dance at La Mama to the respective 50th anniversaries of Ballet Hispanico and Dance Theater of Harlem, the upcoming season holds a diverse and exciting exhibition of performances. From choreographers new and old, with a wide range genres and styles, here are the shows not to be missed.

Nederlands Dans Theater is known for fostering an experimental spirit in their ever growing repertoire. The company will be bringing three ballets to New York City Center this March for US premieres, with works certain to capture this avant-garde status. The Missing Door by choreographer Gabriela Carrizo, in particular, is sure to leave an impression—its description warns of graphic depictions of violence. The rest of the program includes Walk the Demon by NDT’s associate choreographer Marco Goecke and Shut Eye by NDT artistic director Paul Lightfoot and his longtime collaborator Sol León.

Potri Ranka Manis, founder of the Kinding Sindaw theater group, brings Pananadem (Remembering) to New York in an effort to honor and educate others about her indigenous Filipiono culture. Pananadem, which means “remembering” in the Meranao language, tells a story of  young refugees “whose quest for inspiration leads them to a transformative encounter with displaced tradition-bearers who recall the legends of Derangen, the Meranao epic.” The performance will be a rare opportunity to experience Filipino indigenous dance and song.

As one of the few in a small but growing community of female choreographers in classical ballet, choreographer Cathy Marston is in high demand. Her latest creation, Mrs. Robinson, will have its world premiere with San Francisco Ballet as part of their Ballet Accelerator series. Marston’s choreography often takes immersive inspiration from literature and history and, in that tradition, Mrs. Robinson will be a 1960s period piece based on the novella and film The Graduate.

Following his Guggenheim Works and Processes preview, ballroom legend Omari Wiles presents his completed work New York Is Burning with his company, Les Ballets Afrik. The piece acts as a tribute to the 1990 documentary Paris is Burning, which was one of the first mainstream acknowledgements of black and latino drag culture. Wiles blends African dance with Voguing to create his own style of dance: AfrikFusion. Dancing to classic club tracks in sequined party wear, the dancers of Les Ballets Afrik will bring a refreshing burst of energy to the Upper East Side.

Ballet Hispanico at the Joyce (April 7)

Madboots Dance is a queer, all male, contemporary dance company in NYC led by Jonathan Campbell and Austin Diaz. The ensemble was named in Dance Magazine’s “25 to Watch” in 2016, and has continued to make waves ever since. At Skirball, the company will be performing Campbell and Diaz’s extremely physical Holy. With a live soundscape from NY-based composer Jordan Chiolis, the work is described as a “meditation on corporeal magnanimity.”

Another New York institution’s 50th anniversary, Dance Theater of Harlem is dedicating its gala to Arthur Mitchell, who passed away in 2018. Mitchell, one of the ballet world’s first African American stars, co-founded the company and school in 1969 (they started the 50-year celebrations last year, and have evidently decided to keep going into 2020). The evening’s performance will include excerpts from the ballets that put the company on the map, including Creole Giselle and Firebird. There will also be a special performance of Arthur Mitchell’s Bach Passacaglia by the Dance Theatre of Harlem School.

DTH will also be performing at City Center with a New York premiere of resident choreographer Robert Garland’s Nyman String Quartet # 2, along with performances of Annabelle Lopez Ochoa’s Balamouk and Geoffrey Holder’s Dougla.

Despite being founded nearly 100 years ago, Martha Graham’s legacy is inherently modern. The Martha Graham Dance Company, which employs some of the strongest, most physically assured dancers in the industry, will be performing Graham classics, including the foundational Appalachian Spring, alongside contemporary works from Andrea Miller, Pam Tanowitz, and Maxine Doyle and Bobbi Jene Smith.

Alvin Ailey American Dance Theater’s Jamar Roberts choreographs his first work for New York City Ballet, which will be part of NYCB’s New Choreographers IV program alongside new pieces from Justin Peck and Edwaard Liang. Roberts is successful in his own right as a dancer, but was named Alvin Ailey’s first resident choreographer in August of 2019. His choreography in the past has been carefully reflective and timely; he recently premiered a work, Ode, in response to America’s gun violence crisis. This new work, with music from Kyle Preston, is sure to be another must-see.

Slightly under the radar, but the Juilliard Dance graduation show is, without a doubt, the best dance show in the city. With high energy performances from the dance world’s incoming stars, the choreography at this show is often some of the most interesting, exciting and unabashedly new in the industry. The show is a thrilling opportunity for dance fans to see what the future holds.

Observer’s 2020 Spring Arts & Entertainment Preview is your go-to guide for everything culture lovers need to know this season. We’ve combed through the new releases about to drop across TV, movies, dance, opera, theater, the visual arts and literature to bring you our picks for how to occupy your time in the warming months to come. Dance admirers should also check out our list of the must-see opera coming this season and spring’s best new reads.

Update: An earlier version of this article listed Singulière Odyssée as part of NDT’s New York City Center Program. It has been replaced by Shut Eye, and the piece had been updated to reflect this change. 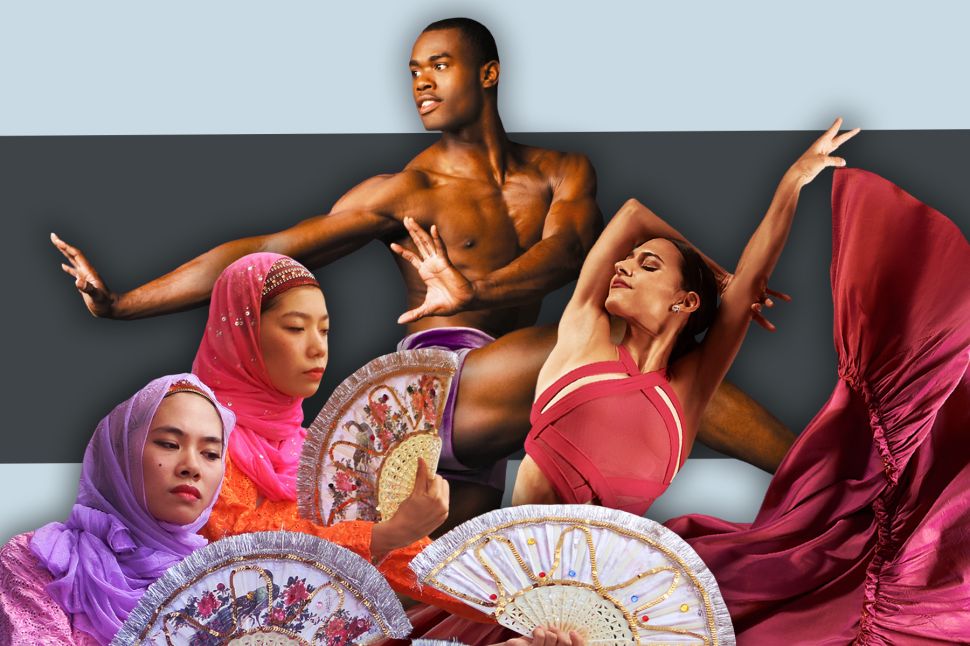