Daniel Craig is both an actor and a private person. Ever since he began his professional career in the early 1990s, he had never been forced to sacrifice one for the other. A working actor in critically acclaimed art-house films and solid supporting turns in more mainstream fare seemed to suit the talented thespian just fine. There was no need to lust after stardom, no need to disrupt the comfortable and successful bubble he had created. But Hollywood is built upon opportunity, and sometimes it’s thrust in your direction.

Ever since Craig co-starred as a priest in 1998’s Elizabeth, franchise producer Barbara Broccoli had her eye on him as a potential James Bond star. Yet that possibility had never crossed Craig’s mind, let alone enticed the actor to uproot his life.

EXCLUSIVE: George Clooney to Direct ‘The Boys in the Boat’

“I was like, ‘This is what they do. They get people in. They’re just feeling around,'” Craig said of his first meeting with Broccoli, per GQ. “Plus, Pierce [Brosnan] was not leaving Bond, right?”

As it turns out, Eon Productions, the company behind the 007 film series, was hunting for a change. Brosnan’s films made oodles of money but drew criticism for their campy and fantastical tone. In a post 9/11 world, Broccoli knew the status quo couldn’t and shouldn’t be maintained.

“We felt the world has changed and the nature of these films has to change,” she told GQ. “It wasn’t just recasting the role. It was a new century and a new era. It felt like we had to redefine.”

Yet despite the new direction Bond was heading, Craig wasn’t yet able to let go of the past. “‘I can’t do a Sean Connery impression,'” he said. ‘”I can’t be Pierce.'” Few among us are born with the arrogance to believe we can seamlessly slip into the shoes of arguably the greatest hero in the last half-century of cinema. But it wasn’t just Craig’s limited view of his own self-image that prevented him from embracing the opportunity. It was the avalanche of change that accompanied such a proposition. “I could be anonymous in the world,” he said. “It was genuinely like, my life is going to get fucked if I do this.”

By October 2004, Craig’s negative insistence had only grown bolder. “It was literally like, ‘Fuck off. I don’t fucking want this. How dare you? How dare you offer this to me?’ ” he said, per the outlet. “It’s just ludicrous. But it was all defense.”

Yet Broccoli was undeterred by Craig’s bombastic bluster. In him, she saw the grounded authority that the franchise sorely needed. The self-serious, bulldozer physicality that would dispose of the smirking tom cat. That ruffled rustic blonde hair, those all-seeing icy blue eyes. Bond would be dangerous once more.

After reading the script for what would become Casino Royale (his debut flick), a foundational piece of his argument had been chipped away. The screenplay, much to his chagrin, was an origin story that revealed the catalyst for Bond’s calcified spirit. It was not a cheesy action romp with throwaway one-liners. This inspired Craig to read some of Ian Fleming’s original novels so he could at least say he did his due diligence before turning down the role.

“He is really fucking dark,” Craig said. “He’s kind of a fuckup. Because this job would fuck you up.”

There, in the pages of 50-year-old novels and fledgling screenplays, where Bond is built and developed as a character and not merely a caricature, Craig found his acceptance to what would become his defining role. He has now presided over the 007 character for 14 consecutive years, the longest such streak in the James Bond franchise. His four films in the series have earned north of $3 billion at the global box office, including a franchise best $1.1 billion for 2012’s Skyfall. No Time to Die, which was recently delayed from April to November due to coronavirus concerns, will be his final outing.

Looking back on it all, it’s clear that Craig made the right choice.

“It’s raised the bar,” Craig, known for his humility, finally admitted to GQ when discussing his slate of Bond films. “It’s fucking raised the bar.” 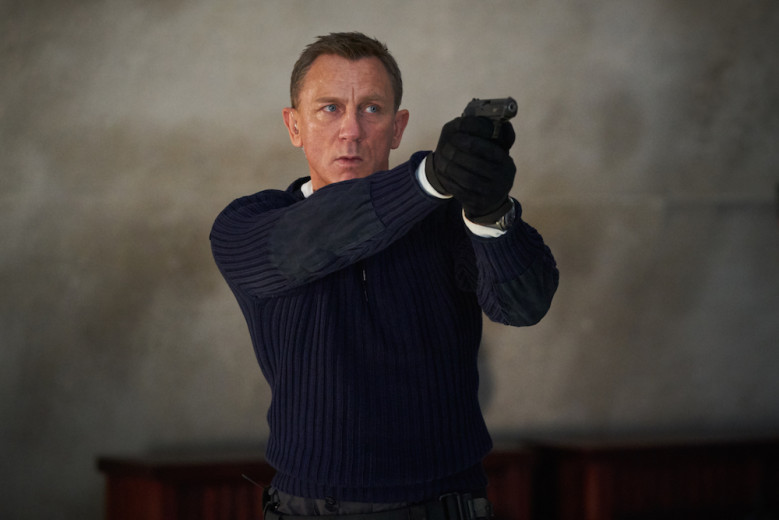