In approximately less than a month, New York City went from arguably the bustling epicenter of the global art world to a terrifying ghost town where the streets are empty and the hospitals are overflowing. In the midst of coronavirus, smaller galleries and larger galleries alike are having to recalibrate their business strategies for solely-digital consumption, which is where David Zwirner comes in. On Monday, David Zwirner gallery announced that they would be introducing a new online resource called Platform: New York, which is a viewing room hosted on David Zwirner’s website that will feature a focused presentation of works from 12 independent New York City galleries, including Essex Street, James Fuentes, 47 Canal and Magenta Plains.

SEE ALSO: US Museum Workers, Laid Off Due to the Coronavirus, Are Figuring Out What Comes Next

Scores of smaller galleries have had to cancel the exhibitions that they were supposed to have on view before the pandemic struck, and it’s no secret this hits the small and mid-size galleries hardest. So Zwirner has invited these 12 to put forth two works by a single artist that they’re currently representing. For example, Bridget Donahue gallery will be putting forth work by Lisa Alvarado, an artist whose work revolves around ritualism and abstraction via the use of staged sets.

The Lower East Side’s Bureau gallery will be spotlighting the work of Brandon Ndife, whose timely floor and wall based sculptures envision a post-catastrophic future where vegetal forms reclaim their former homes. “The show was set to open on March 20,” Gabrielle Giattino, Bureau’s owner, told Observer on Monday. “It was installed and photographed just prior to the city-wide shutdown, and now remains unseen by the public with no definite closing date. We are hopeful that we’ll be able to open the show to the public when the city reopens.” Meanwhile, Giattino said, Ndife’s sculptures “now stand alone in an empty gallery, a chilling and prescient mirror to our current reality.”

“There were several artists on our roster that would have been perfect candidates for the Platform project, but after much debate and with the encouragement of the Zwirner team we decided to present new large-scale paintings by Nathaniel Robinson, whom we’ve worked with since opening the gallery in 2016,” Olivia Smith, the director of Magenta Plains gallery, told Observer on Monday. “We debuted Robinson’s paintings at Independent NY a few weeks ago and the response was incredible, so we are looking to follow the momentum. We had a lot of interest from other galleries but feel David Zwirner’s platform is the best context for Robinson at this time, as they have been extremely supportive of us and tremendously generous to smaller galleries with their resources.”

Crucially, all sales inquiries that are made regarding the works featured on the Platform: New York resource will reportedly be passed directly to the smaller galleries, and Zwirner will not be charging the galleries any sort of fee for the use of the online space. Platform: New York will be on view on Zwirner’s website from April  through May 1. 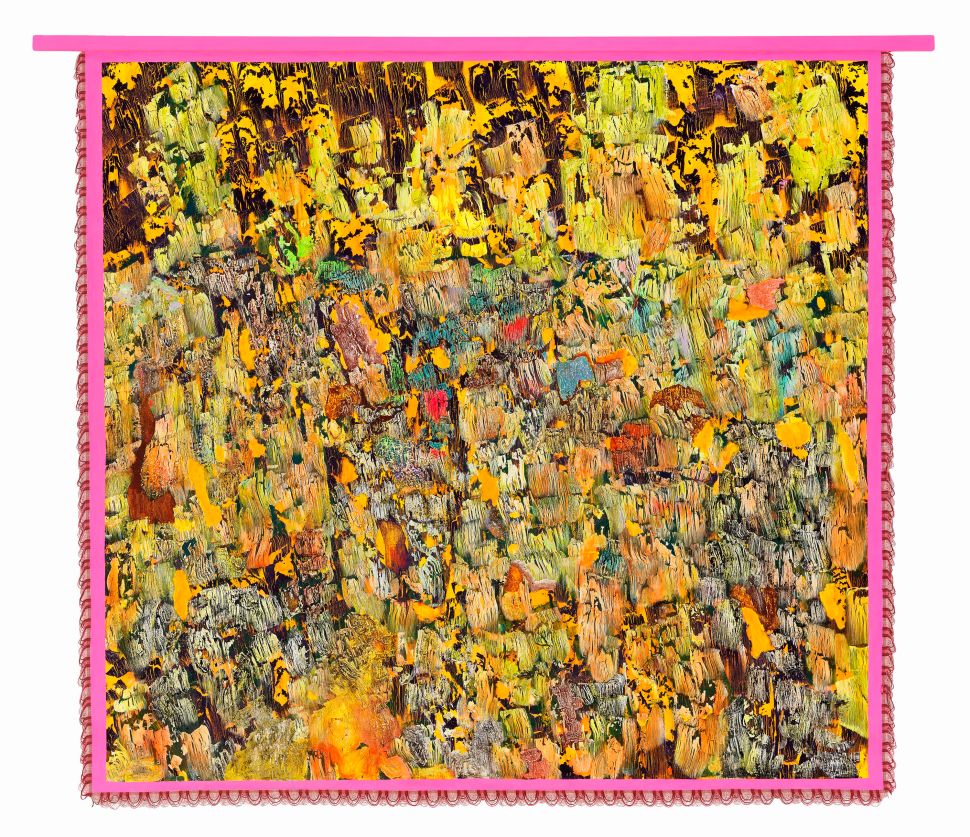