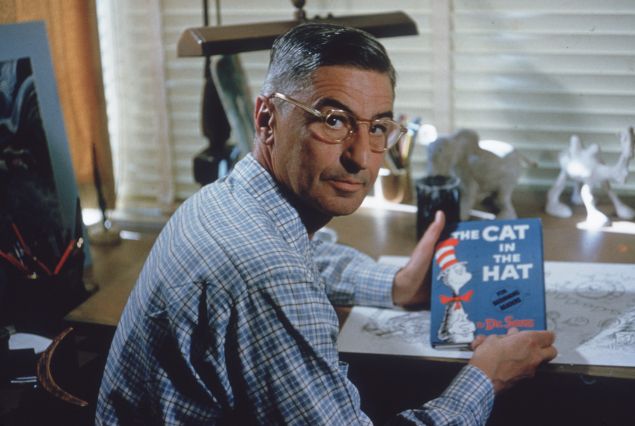 Dr. Seuss in his home office with a copy of his book, The Cat in the Hat on April 25, 1957. Gene Lester/Getty Images

Theodor Seuss “Ted” Geisel, who was born on March 2, 1904, has been canonized as one of the most influential illustrators who ever lived for a very good reason. His mid-20th century run of children’s books, which includes classics like The Cat in the Hat, How the Grinch Stole Christmas!, and Green Eggs and Ham, are so thoroughly ingrained into the childhoods of people around the globe that his characters are practically synonymous with our own unique memories. However, Geisel also had a robust artistic practice that didn’t necessarily include artwork that was quite so kid-friendly, as evidenced by repositories of his work that addressed dark, psychologically nuanced themes. Work like Cat Carnival in West Venice bridged this gap: sure, it included one of Geisel’s best-known children’s characters, but it shows him on the arm of a love interest, traipsing through an ambiguously melancholic vision of Venice that features endless staircases and dripping balustrades. 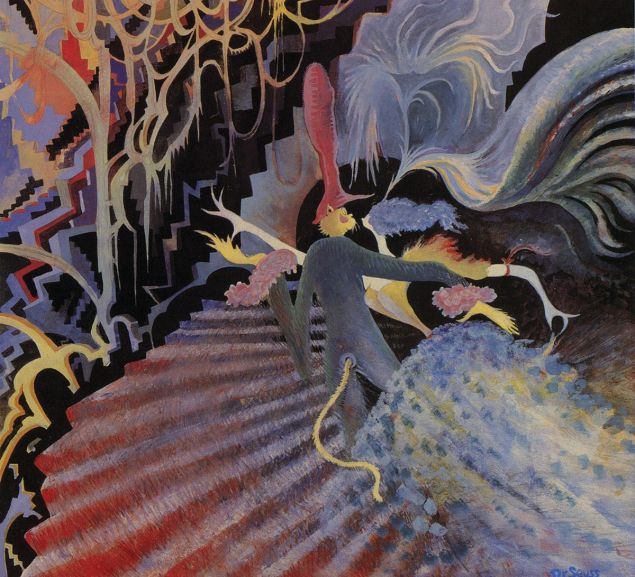 For another example, Geisel’s 1962 work Mrs. Norilee Schneelock Poured, Miss Nesselroda Sugared, or Raising Money for the Arts in La Jolla features superficially silly characters, but upon closer inspection the painting telegraphs very relevant themes. In Geisel’s creation, a meek and miniature figure hovers nervously at the edge of a table that’s been outfitted with a prim white tablecloth. Looming over him are two enormous, feminine and beaked figures, who’re wearing elaborate furs and enormous hats. It’s clear to the viewer that the tiny, shriveled person in a suit is dependent upon the riches of the two huge crones on either side of him in order to operate his artistic practice, an uncomfortable imbalance that persists today.

Geisel created his psychologically searing works, which he called his “Midnight Paintings,” during the late evening and rarely exhibited them while he was alive. These artworks often telegraph a menacing surrealism that acts as a counterpoint to Geisel’s moralistic children’s tales, and they also pose somewhat surprising questions, such as: what would a cartoon stag look juxtaposed against an eerie, M. C. Escher-like background?

Many of the works finally came to light in a posthumous publication, The Secret Art of Dr. Seuss, which included a forward by his widow, Audrey Geisel, and another famed children’s book author, Maurice Sendak. 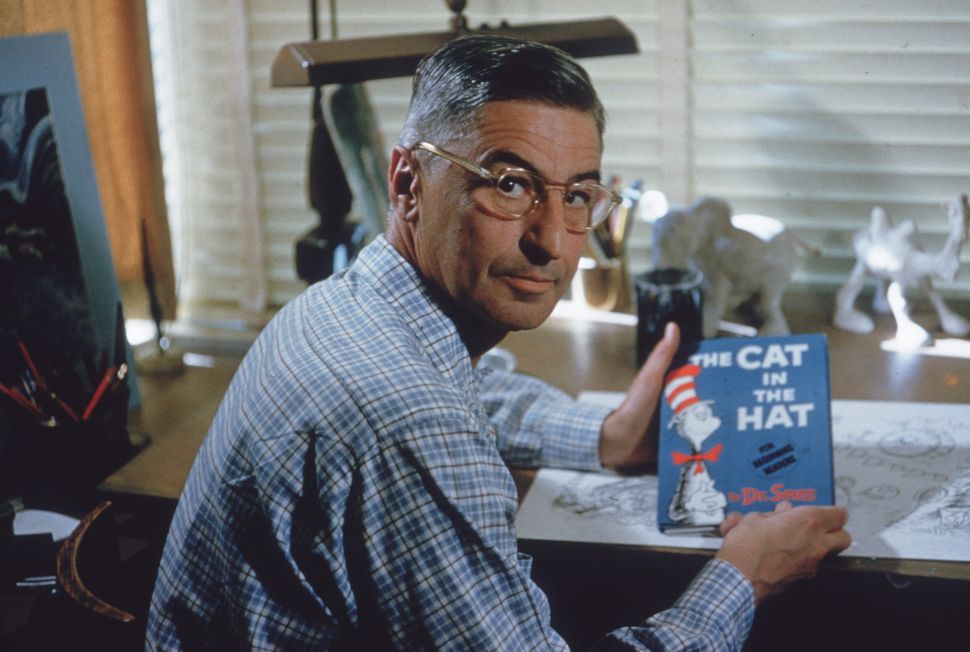 Filed Under: Arts, Visual Art, Green Eggs and Ham, Dr. Seuss, The Cat in the Hat, Ted Geisel, How the Grinch Stole Christmas