Lately, you’d be correct in observing that it feels somewhat dangerous to be visiting highly trafficked public spaces. However, that hasn’t stopped a very welcome development from unfolding in Egypt, where the country’s oldest pyramid, an approximately 4,700-year-old tomb that was completed for the Pharaoh Djoser, was recently reopened after being sequestered for restoration for approximately 14 years. The pyramid’s renovation, which began in 2006 and ended up costing approximately $6.6 million, was desperately needed due to the fact that the extremely old structure had become very vulnerable after being battered by wind and a 1992 earthquake that nearly led to its complete collapse.

“Today we celebrate the completion of the project of warding off the danger and maintaining and restoring the first and oldest remaining pyramid in Egypt,” Egypt’s tourism and antiquities minister Khaled al-Anani said in a ceremony last week. Anani also discussed the technological innovations of Imhotep, the ancient architect who made the Pyramid of Djoser a reality: “We are in awe as to how he was able to create this structure, which has remained standing for 4,700 years.”

If you’re an Ancient Egypt fanatic who’s interested in jumping right on a plane to check out the pyramid in person, you should definitely be exercising caution: according to the New York Times, Luxor, the site where King Tutankhamen’s tomb is located, has become Egypt’s ground zero in terms of coronavirus. It may be best to postpone your international travel until this pandemic is more under control.

In any case, the Pyramid of Djoser will certainly be magnificent to visit whenever you can swing it. Not only has the restoration project made it more structurally sound, the pyramid itself now also has the restored sarcophagus of King Djoser himself residing within the walls of his historic tomb. 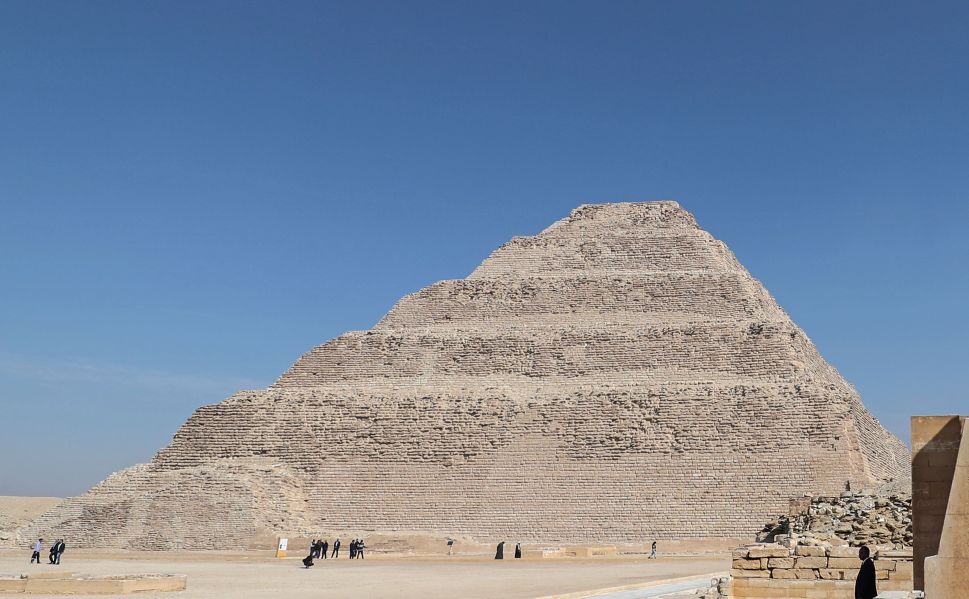