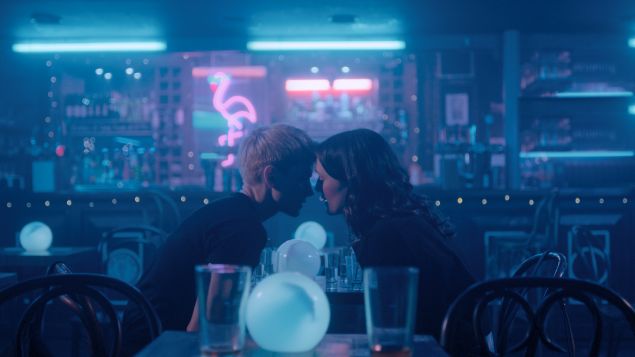 Late in the first season of Feel Good, there’s an episode where a young, up-and-coming comedian takes the stage at a comedy club and tests out material for an eager crowd. It’s a scene we’ve seen before in many of the semi-autobiographical series about comedians—the anxious energy, the self-deprecation, the brutal honesty—and one where we react with a mixture of nervous laughter and awkward cringing. But this time, it feels different; it actually feels new and raw and resonating.

Netflix’s Feel Good follows Mae (Mae Martin), a queer Canadian in the U.K., and her relationship with her “straight” girlfriend. George (Charlotte Ritchie) had previously only dated men, until she met Mae at a show and the two immediately hit it off. We root for them right off the bat: George is the type of person who directly asks, “Do you want to kiss me?” while Mae is the type to respond, “That would be so cool.” From there, it’s a whirlwind romance of dating, fucking, and moving in together—all within three months and all before the opening title card in the pilot episode. On their first morning of cohabitation, George is taken aback by Mae’s energetic, hyperactive nature; that same morning is the first time George accidentally learns that Mae is an addict.

Or, as Mae would put it, she used to have a problem with drugs, but now it’s fine. Now she just has restless legs and “spooky” eyes, an intensity that is both intriguing and off-putting, and a tendency to become hyper-fixated and totally obsessed with whatever is put in front of her. “I had a problem,” Mae explains to George, “Now I have you.” Mae is the type of person who swaps one addiction for another, who throws herself full-speed into the next thing—or the next girlfriend. She’s yet to realize that the end results are always the same: after the initial high, there’s always the comedown; after the honeymoon phase, there are those moments when you look at your partner and can only see flaws.

It’s a smart, realistic take on addiction, which is also seen through Maggie (Sophie Thompson), Mae’s NA sponsor, who mainlines coffee and fills her life with hobbies to stay “far too busy to ever think about drugs.” But it just means she’s ignoring the more pressing issues that are in front of her. Sometimes the NA meetings can be a little too on-the-nose, particularly when the series is explicitly trying to make a point about how we handle addiction, but it’s still easy to see the honesty behind it.

This honesty is largely due to its personal approach as Mae Martin doesn’t just star in the show but is co-creator and co-wrote each episode with Joe Hampson, basing much of it on her real life. (Martin also has a stand-up special about her past in an episode of Netflix’s Comedians of the World).

As television begins to feature more LGBTQ+ creators and characters, TV series (and especially comedies/dramedies) have been able to focus more on specific, nuanced, relatable aspects of being queer rather than retelling the same handful of plots. Feel Good (along with series like Work in Progress or Sex Education) is a great example of this as it still includes something of a coming out story (one that’s both cringey and humorous), but it also goes farther and gets more specific. Feel Good explores internalized homophobia and figuring out your gender identity (and how these affect a relationship); it also deals with shitty, ignorant friends and the question of who wears the strap-on.

Feel Good isn’t solely focused on queerness, but it’s about love in general, and especially the ways in which we have romantic ideals that fall flat. It’s about how we often try to be the type of person that we think our partner wants us to be, how we look to other people to save us rather than helping ourselves, and how love, like drugs, can be an addiction. Mae and George have problems that are universal, such as harboring secrets, feeling responsible for keeping a partner afloat, and having opposite energies that constantly compete. They also have problems that are directly related to being queer, such as George’s internalized shame which comes up frequently throughout the series. It helps that Martin and Ritchie have an instant chemistry that draws you fully into the ups and downs of their relationship: I went back and forth between wanting them to break-up and wanting them to be together forever.

Martin’s sense of humor carries the series along, whether it’s in a throwaway line (a man tries to court George by saying he has a plus one to a podcast recording), or a regrettably relatable affinity for Sum 41. In fact much of Feel Good will be comfortingly and uncomfortably relatable; I found myself cringing while being reminded of past fuck-ups. There are also great performances throughout—Lisa Kudrow as Mae’s mother is an utter delight, managing a perfectly distant but comedic delivery even when going through a boardwalk Haunted House ride. With six half-hour episodes, it’s a breezy watch (I’ve already watched them twice) and its refreshing sincerity makes it stand out from the pack. 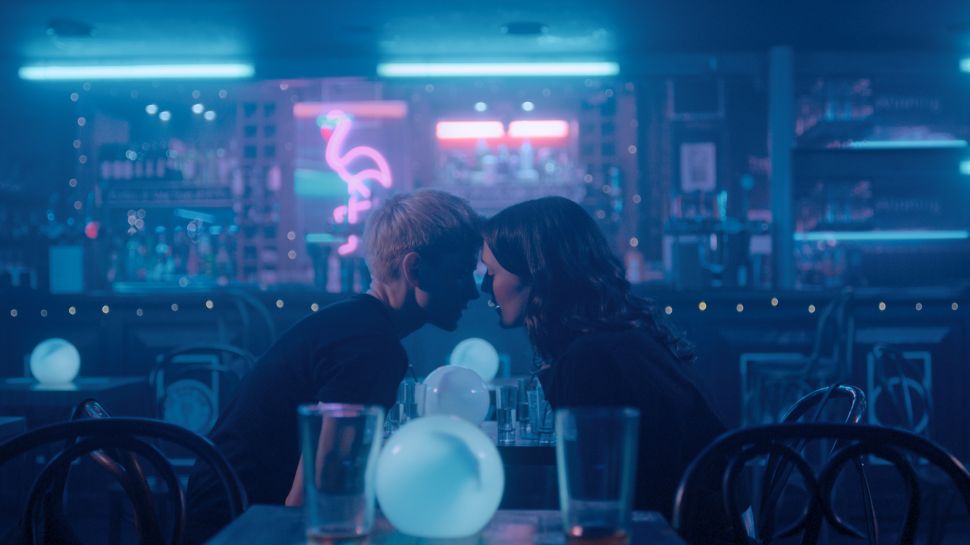