As of Friday, the U.S. has surpassed China and Italy to become the world’s true epicenter of the coronavirus pandemic, with 68,440 cases and 994 deaths. But, despite these alarming numbers, corporate America knows that it can’t afford to put the economy on pause forever. So, on Thursday, two days after President Donald Trump urged businesses to re-open by Easter, four of the country’s largest automakers—Ford, Fiat Chrysler, Honda and Toyota—announced plans to resume production as soon as next month.

Ford said it will restart production at five North American plants, including one in Mexico, as early as April 6. The majority of those plants produce Ford pickups, SUVs, vans and commercial trucks. The company promised to put in place “additional safety measures to protect returning workers,” Kumar Galhotra, Ford’s President of North America, said in a statement on Thursday.

SEE ALSO: How a Hedge Funder Scored a 10,000% Return Amid Coronavirus Market Meltdown

The Mexico plant will open on April 6, while four U.S. plants in Michigan, Kentucky, Missouri and Ohio are set to open on April 14.

Following Ford’s announcement, Fiat Chrysler said its U.S. and Canada plants might re-open on April 14, depending on “the various state stay-in-place orders and the readiness of each facility to return to production.”

General Motors, according to internal memos reported by CNBC, has no plan to restart production just yet. Phil Kienle, GM’s head of North America manufacturing and labor relations, said that the company “will continue to evaluate our operating plan going forward.”

Japanese automakers Honda and Toyota, both have huge manufacturing facilities in North America, also announced schedules to re-open assembly lines on Thursday. Honda plans to re-open U.S. and Canadian factories on April 7, while Toyota aims to resume production on April 20. 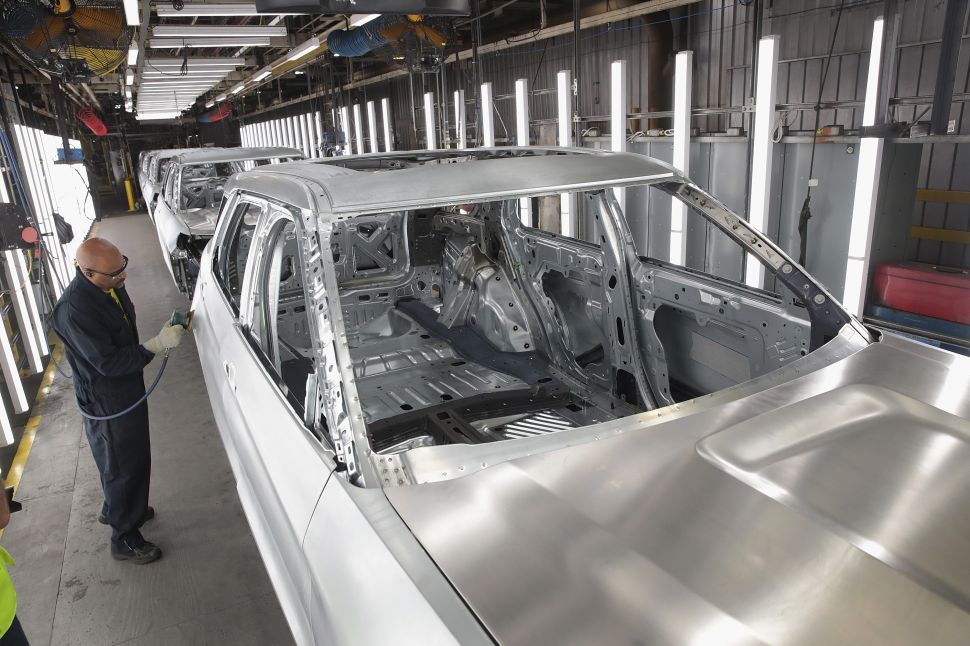