Now that Gabrielle Union and Dwyane Wade have upgraded to a truly palatial 22,000-square-foot home in Hidden Hills, for which they paid about $17.9 million, the couple is ready to part with their other Los Angeles abode.

The actress and the retired NBA champion haven’t owned the Sherman Oaks home all that long; they bought it for just under $6 million in 2018. Alas, they apparently changed their minds and went with the Hidden Hills mansion, and decided they don’t need two enormous Los Angeles homes.

As such, the Sherman Oaks pad is now up for grabs. Union and Wade did complete a few upgrades during their rather brief ownership, including expanding the already-sprawling master suite, which has direct access to a private terrace as well as a huge bathroom with a walk-in marble-bedecked shower, separate tub and double vanity.

There are plenty of windows and French doors throughout the gated estate, plus a central spiral staircase. If that seems like too much effort, there’s also an internal elevator.

The open kitchen is equipped with stainless steel appliances, white cabinetry and a marble center island, with breakfast bar seating.

There are lots of living and entertaining spaces, including one with a fireplace. There’s also a home theater and a temperature-controlled wine room.

Outside, there’s an infinity-edge pool and an outdoor kitchen with a newly installed wood-burning pizza oven.

This isn’t the only home Union and Wade are currently trying to part with. The couple has been attempting to locate a buyer for their Miami Beach mansion for several months; it was originally listed for a hefty $32.5 million last year. The 12,000-square-foot retreat still on the market, but with a slimmed down $29 million price tag. 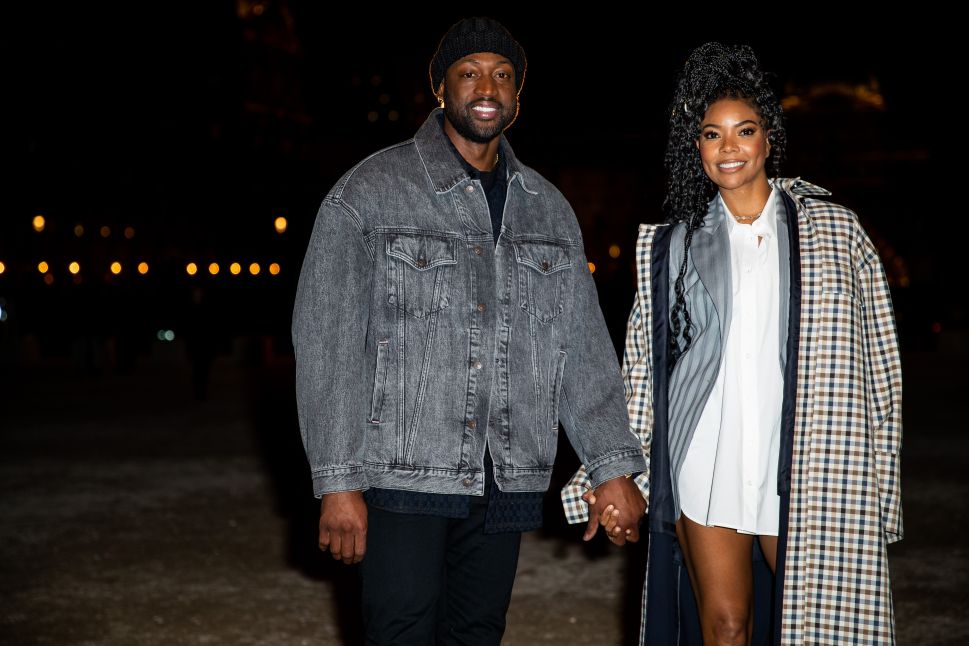