Despite making his feature directorial debut in 2002, movie fans tend to forget that George Clooney has only directed six films in his behind-the-camera career. Soon, he can add another to his resume.

While the A-lister is in post-production on The Midnight Sky, Clooney has now signed on to direct The Boys in the Boat, MGM confirmed to Observer. The film is a 1930s-set tale centered on the University of Washington’s underdog rowing team. The story will cover their Depression-era beginnings to winning gold at the 1936 Berlin Olympics, beating Nazi Germany’s team rowing for Adolf Hitler in the process. It’s based on the 2013 non-fiction novel The Boys in the Boat: Nine Americans and Their Epic Quest for Gold at the 1936 Berlin Olympics written by Daniel James Brown.

SEE ALSO: Breaking Down What We Know About ‘The Batman’

Partnering with MGM on the film is Lantern Entertainment, which acquired the assets of The Weinstein Company in bankruptcy. TWC originally acquired the rights to the book before being sunk by Harvey Weinstein’s sexual assault and harassment charges.

“The themes, characterizations and settings make it a story meant to be experienced on the big screen, and we are honored to be part of bringing it to audiences around the world,” MGM Motion Picture Group president Jonathan Glickman said when the partnership between the two studios was first announced in 2018, per Deadline.

“Collaborating with MGM on Lantern Entertainment’s first production reinforces our commitment to foster productive partnerships anchored by powerful stories we are passionate about,” Lantern co-presidents Mitchell and Brajovic said.

Clooney last directed two episodes of Hulu’s miniseries adaption of Catch-22 in 2019 and the Coen Brothers-penned Suburbicon starring Matt Damon in 2017. His next project, The Midnight Sky, is a science-fiction movie to be distributed by Netflix and based on the novel Good Morning, Midnight by Lily Brooks-Dalton. It’s a post-apocalyptic tale that follows Clooney’s lonely scientist in the Arctic as he races to stop a group of astronauts from returning home to a mysterious global catastrophe. 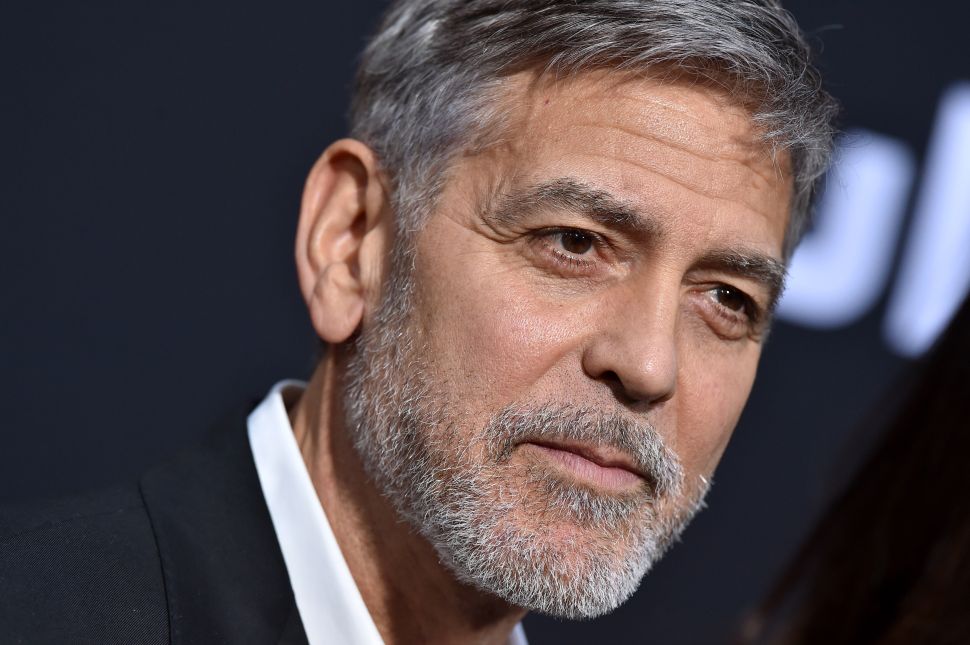