On Tuesday, the legal team for disgraced Hollywood mogul Harvey Weinstein admitted to being “nervous” ahead of their client’s official sentencing Wednesday morning. It turns out they had every right to be. Arrived to his New York sentencing hearing in a wheelchair and handcuffs, Manhattan Supreme Court judge James Burke gave Weinstein, 67, 23 years in prison, according to The Hollywood Reporter.

Prior to sentencing, judge Burke told Weinstein that he will be required to formally register as a sex offender. Weinstein’s legal team plans to appeal the decision.

He was given 20 years in prison plus five years of supervised released for his first-degree criminal sexual act conviction. He was given three years on his third-degree rape conviction.

“First, Weinstein will effectively serve a life sentence,” she told Observer. Weinstein is 67-years-old and reportedly in poor health and he very well may not survive a NY state prison stay. “Second, Judge Burke’s sentence validates the testimony provided by the victims in this case, and demonstrates that he took into account the stories of countless women who came forward to report decades of abuse, violence and disregard that Weinstein exhibited toward them and others.”

Linsky continued: “Third, today’s sentence lets other high-profile offenders know that the criminal justice system works, and they too should expect to be held accountable for their crimes. Finally, with today’s sentence, victims and survivors across the country can take heart in knowing that their stories can be told and believed. This should give other crime victims the courage to report their offenders so that justice may be sought.”

SEE ALSO: Here’s What Critics Are Saying About ‘Mulan’

Weinstein’s legal team had asked Burke in a letter for the minimum five-year sentence while assistant district attorney Joan Illuzzi-Orbon called for a maximum or near maximum sentence on Wednesday, per CNN.

Prior to his sentencing, Weinstein reportedly said “Thousands of men are losing due process. I’m worried about this country,” The Associated Press reports.

Weinstein, who has denied all allegations of “nonconsensual sexual activity” throughout this process, still faces felony charges in Los Angeles that include forcible rape, forcible oral copulation, sexual penetration by use of force and sexual battery by restraint. They carry a potential 28-year prison sentence.

In 2017, both the New York Times and New Yorker published bombshell reports that detailed decades of sexual misconduct allegations against Weinstein. This inspired dozens of women to come forward publicly with similar accounts and sparked the #MeToo movement to a national platform. His sentencing brings to a close a two-year chapter in the ongoing saga. 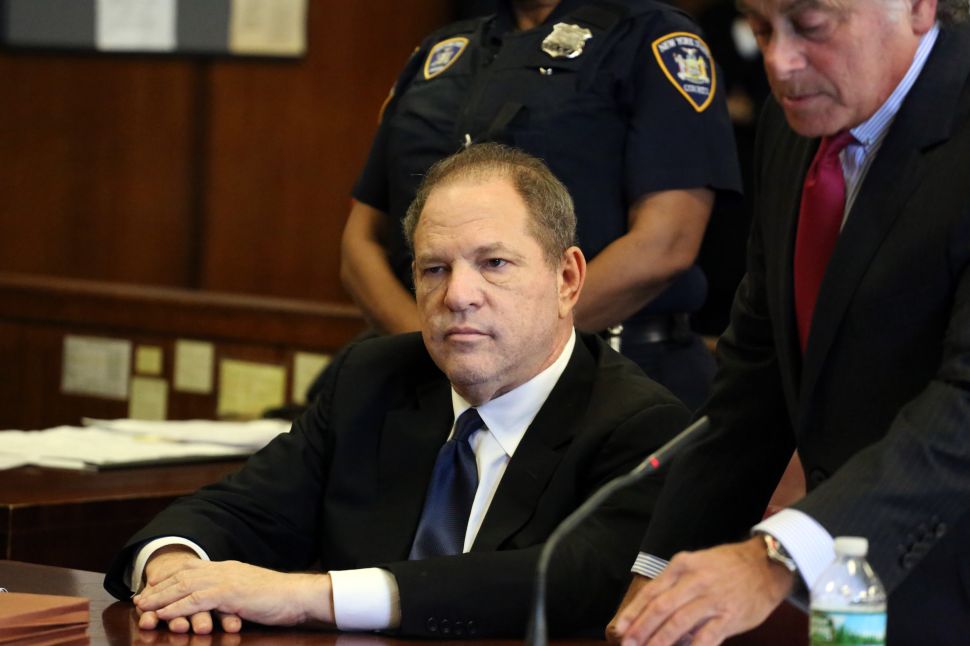