Hilary Bettis’ evocative play 72 Miles to Go…, the recipient of a National Endowment of the Arts grant that opens in a Roundabout Theater production on March 10, is an intimate portrayal of a family of five ripped apart. In 2008, the matriarch, Anita Alonso, is deported from the family’s Tucson home to Nogales, Mexico. While geographically close, the 72 miles in the title, it’s impossible for an undocumented immigrant to make that journey. Over the ensuing eight years, the main lifeline connecting Anita Alonso to the lives of her American-born husband and their children is the telephone.

While the thirty-something Bettis was born in South Carolina, her Mexican/Caucasian heritage left her feeling like an outsider in both worlds. “My family and I moved around a lot. We lived in some rural, very white places where there was a fair amount of prejudice.”

SEE ALSO: For Ali Stroker, Winning a Tony Was Just the Start of an ‘Epic and Extraordinary’ Year

As a young girl, she was taunted with slurs like spic and wetback before she had any idea what those terms meant. A more subtle demeaning came from friends’ dads calling the adolescent exotic and commenting on her olive skin. Yet to Chicanos, she was the white girl. “Everybody puts their own labels on you,” Bettis says.

The challenges and trauma of Bettis’ childhood did not end there. She was sexually abused at six and raped at 14. She grew up in hunting communities where gun violence was prevalent. Indeed, one time her babysitter’s husband got drunk and held Bettis, her brother and his own children hostage with a shotgun. In eighth grade, a boy put a gun to her head when she refused a date with him. At age 16, one week after graduating from a tiny public school in Minnesota where the curriculum revolved around the Bible, abstinence and agriculture, she moved to Los Angeles, endured a period of homelessness, and barely escaped the clutches of a sex trafficker.

Bettis doesn’t currently have plans to write about these life experiences, though she says, “I’m always circling around them.” She also feels the characters she creates share her own hard-won “resiliency and the ability to be in survival mode and still find joy and laughter.” And, importantly, they represent her community.

It was at a North Hollywood theater during a volunteer stint in exchange for free food that she watched a production of Death of a Salesman and discovered her vocation. Subsequently combing through every play she could find, Bettis discovered no stories that were about people like her.

She taught herself the craft of playwriting. “In hindsight, I was always a writer. Part of what helped me survive was keeping journals.” In 2013 she won a fellowship to the Acheson Wallace Playwright Fellowship at the Juilliard School.

There followed several high profile writing stints—including on FX’s The Americans, for which she won the 2019 Writers Guild of America Award, and the upcoming Hulu miniseries The Dropout starring Kate McKinnon. However the truest expression of Bettis’ heart comes from creating work around Mexican American identity issues.

Pre-72 Miles, her plays about the border, such as 2016’s Alligator, emphasized heightened drama and employed magical realism and Mexican folklore. The newest and perhaps most personal work is firmly rooted in reality, focusing on the minutia and small moments of an everyday American family. Bettis explains, “The story wrestles with things we all go through—marriage, the prom, breakups, figuring out your purpose in life…I wanted immigration to be the backdrop versus a flashy, fast-paced, violent border story.”

Being American-born, Bettis says she experiences survivor’s guilt and self-doubt, asking herself, “Are you authentic enough to write these types of families?” To ensure the authenticity of the stories she was telling, Bettis embarked on extensive research talking to recipients of DACA (Deferred Action for Childhood Arrivals) who face possible deportation, and working with immigration attorneys to ensure everything her fictional family endures is accurate. Cast members who grew up on the boarder also offered suggestions.

Mostly, though, Bettis’ personal history fed her vision. Her grandfather grew up in the Coahulla state of Northern Mexico, eventually crossing the border to El Paso, fighting in World War II and becoming a public school teacher. However, he seldom talked about the poverty and violence he’d seen, rarely speaking Spanish around his family. Bettis doesn’t even know if he entered the country legally or was undocumented. He hid his age, identity and birth certificate.

The playwright intuits her grandfather was afraid his family would be judged for being Mexican. Excavating the silent shame and sorrow that permeated her life to create art felt to Bettis like an opportunity to dig up family ghosts and stop the legacy of hiding.

This soulful digging into her psyche resulted in many poignant scenes and universally relatable characters. Several months after Anita is deported, daughter Eva delivers a valedictorian speech to her graduating high school class: “Exactly 72 miles from the front door of my house is the front door of my mom’s one-room apartment in Nogales, Mexico. I know this because I stare at a map before I go to bed…And every single day, part of me comes home from school convinced my mom will be standing in the kitchen making tamales—the woman is addicted to tamales!”

Making 72 Miles even more of a family affair is that Bettis’ husband, Bobby Moreno, is in the cast. “We try not to take [the material] home but we’re in emotionally scary places right now,” Bettis said.

All this will be worth it for Bettis if 72 Hours achieves her goal. “I didn’t want to give a dissertation on the immigration system that is purposely set up to keep people out of this country. Since the 2016 election everyone is so angry.  I hope that watching the everyday lives of an American family can help break the stereotypes. Maybe we can see life on the border through a different lens.”

She finishes wistfully, “The only way things will ever change is if we see each other as humans.” 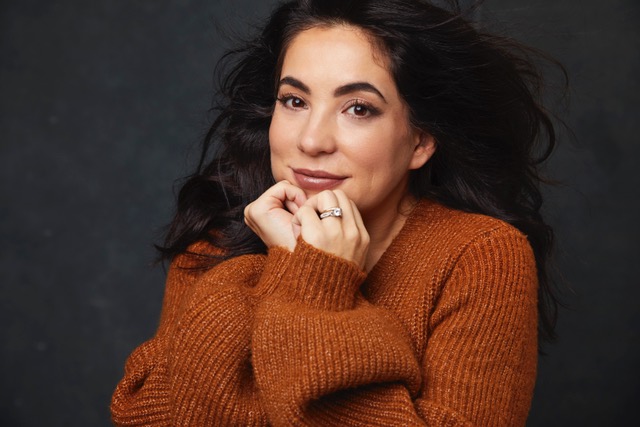