Especially in New York City, the arts scene has a tendency to gravitate towards sure bets—artists with names that are already so well-established that galleries assume little risk in supporting them. Blue chip artworks are extremely valuable for a reason, but there’s something decidedly boring about uniform, to-be-anticipated excellence. That’s why fairs like Independent New York, the art fair running from March 6 to 8 at 50 Varick Street, are so important: Independent showcases mid-career and emerging artists just beginning to puncture the cultural membrane, and who are rocketing through their processes with endless repositories of style.

On Thursday morning, the line for early admittance to Independent snaked down the block at 11 a.m. sharp, general concerns surrounding unwashed crowds and coronavirus be damned. Once inside the doors, members of the press and potential buyers alike were treated to three floors of innovative showings from galleries including Canada, Karma, Maureen Paley, Chapter NY, Andrew Edlin and Richard Saltoun.

SEE ALSO: The Armory Show Booths Built to Stand Out on Instagram

Maureen Gruben, an artist who’s based in Tuktoyaktuk, an Inuvialuit hamlet in Northwestern Canada, was the person whose work proved to be most arresting on Independent’s 7th floor. Gruben, who was being represented by Fazakas Gallery, used dried beluga whale intestines as mesmerizing packaging for inorganic materials like crayons, dollar bills and other various tchotchkes as part of her most fascinating piece, which is titled Consumed.

“She’s working with that kind of environmental tension that is specifically important to people up in Tuktoyaktuk, because when we talk about global warming and we talk about the ice melting, the town where she’s from is losing land by feet every year,” LaTiesha Fazakas, the director of Fazakas Gallery, told Observer. “The Arctic is known as the canary for the rest of the world, and you definitely see that when you go up there.”

Despite this dark portent of doom, artists scattered throughout the rest of the fair were similarly grappling with heavy subjects with a distinctive lightness and diligent abstraction. Garth Greenan Gallery, for example, displayed magnetic work by the artist Cannupa Hanska Luger, who uses mixed-media ceramic sculptures to act as a counterpoint to easily digestible narratives about Indigenous Americans.

New York magazine art critic Jerry Saltz, who Observer spotted traipsing gamely around the 6th floor on Thursday morning, could also be seen hovering around the offerings made by the artist Misleidys Francisca Castillo Pedroso, whose works were being displayed by Parker Gallery. Pedroso, who lives outside of Havana, Cuba, makes striking figures of imposing bodybuilders who don’t have an immediately distinct gender identity.

Spectators all around the fair seemed to be equally hungry for narrative-pushing, boundary-defying art that challenged them to think about important topics in different ways. By all accounts, they found what they were looking for. 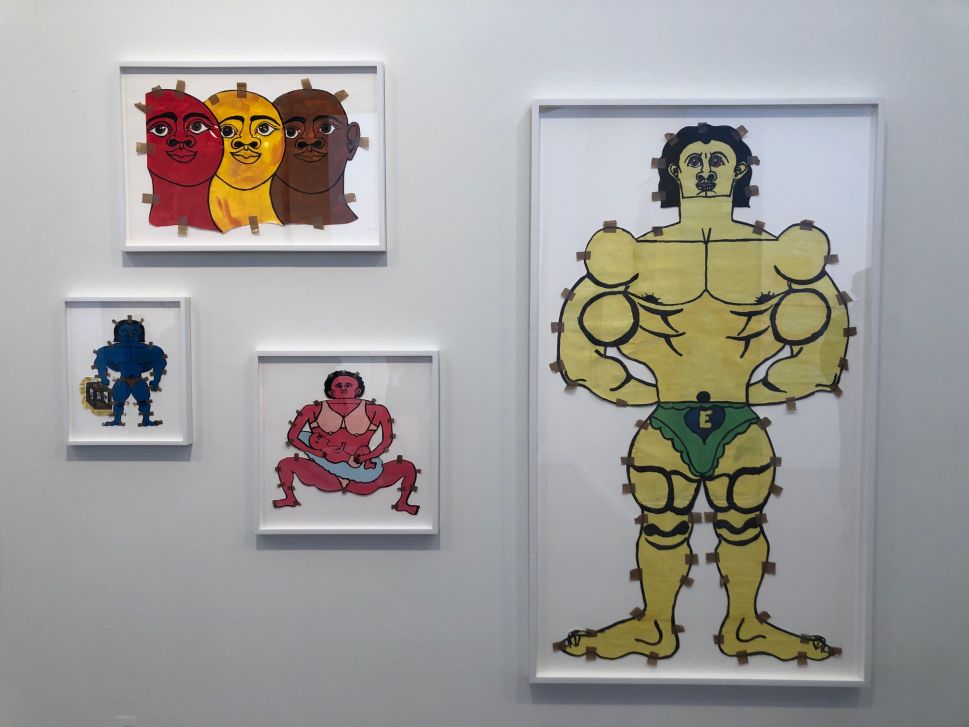