Although I am consistently encouraging to young filmmakers trying their hands at debut efforts, there really should be a limit to pointless, time-wasting junk like Inside the Rain. There might be an audience for low-budget independent rom-coms unworthy of late-night cable TV, but a depressing dossier on the life of a sick, self-destructive, bipolar college student who falls in love with a prostitute-porn star is not what I had in mind.

SEE ALSO: ‘The Postcard Killings’ Is Tasteless at Just About Every Turn

Rosie Perez, in the film’s only professional performance, plays a psychiatrist whose patients include suicide-attempt survivors, manic-depressives and assorted rehab regulars with myriad psychological conditions. Benjamin Glass, played by the film’s amateurish writer-director, Aaron Fisher, is a bipolar self-mutilator addicted to Adderall, which he washes down with vodka and coke. Sent to a special college for those with mental disorders, he overdoses on his medications in his first week and gets immediately sent by ambulance to another in a long line of treatment centers. When he returns, he is suspended after being erroneously accused of a second overdose. While waiting for an appeal to present to the school board and dean of students, Ben decides to write and direct a movie that will prove his innocence.

In the dragged out film that follows, Ben visits a strip club, falls for a nude dancer who works as a prostitute to finance her own career as a filmmaker, and hires her to be the star of his movie. Eric Roberts makes a brief appearance as a Hollywood failure named Montgomery Pennington (you can’t invent this stuff) who lives in his mother’s New York garage. They have 12 days to raise a $5,000 budget, so Ben opens a funding page on the internet, supplemented by stealing the money from his mom’s coin collection. After the film is completed, the school never sees it, the porno queen dumps Ben, and the whole thing limps on as though fortified by liquid valium. In the end, we are asked to believe Ben is cured, a college graduate and apartment hunting. But he ends up with a girl he met in the psych ward. Your move.

Inside the Rain seems to be a family affair. Written, edited and directed by Aaron Fisher, who also stars, it was executive produced by his brother Danny Fisher and photographed by Josh Fisher. It is based on Aaron Fisher’s true-life experiences living with bipolar disorder, with other relatives pitching in to help him get his story told. I say good luck to them all, but if they ever make another movie I hope to be out of town. A film about mental health issues needs a good script and a first-rate cast to sustain a viewer’s interest, and this one has neither. 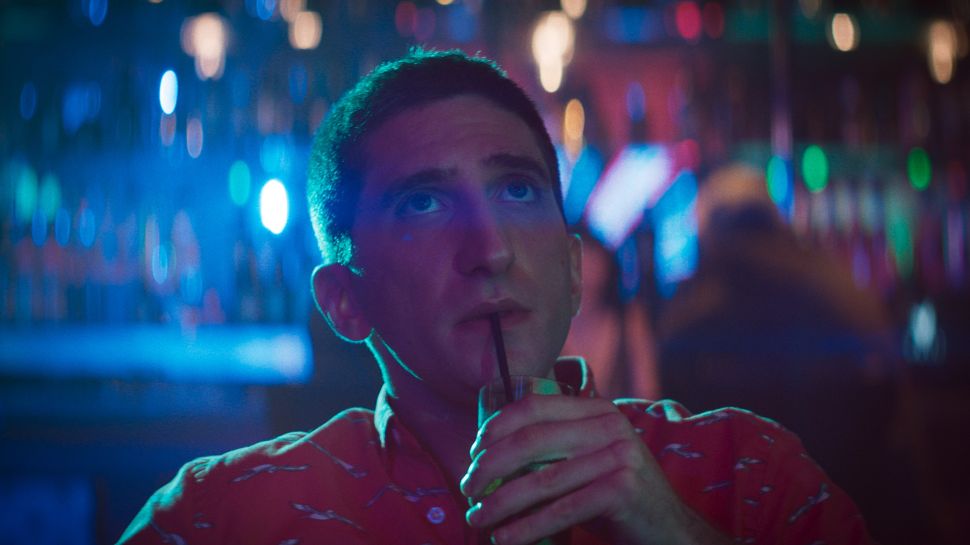