Jack Welch, former CEO and chairman of General Electric (GE) who became an internationally accoladed management guru and best-selling author, died on Sunday, March 1, 2020, at his home. He was 84.

The cause of death was renal failure, his wife, Suzy Welch, said on Monday. He passed away surrounded by his family and beloved dogs.

The son of a railroad conductor in Massachusetts, Welch joined GE in 1960 as a junior chemical engineer in its plastics division and quickly worked his way up the corporate ladder. In 1981, after overseeing the GE’s various divisions in multiple key executive roles, Welch was named the conglomerate’s CEO at the age of 45.

Under his 20-year leadership, GE’s revenue jumped nearly fivefold to $130 billion when he retired in September 2001. The company’s market value grew from $12 billion in 1981 to more than $410 billion in 2001, making it the world’s most valuable company second only to Microsoft at the time.

Welch played a key role in streamlining GE’s bloated, bureaucratic management system and expanding its business from industrial manufacturing to consulting and financial services. He led the creation of GE Capital Bank in 1988 and dozens of acquisitions, including RCA, then owner of NBC, in 1985.

Early in his reign as chief executive, Welch acquired the nick name “Neutron Jack,” in reference to the neutron bomb, for downsizing GE’s workforce from 411,000 to 299,000 during his first five years as CEO. “Though he acted with what seemed at the time like blitzkrieg aggressiveness, he regretted in later years that he hadn’t moved even faster,” Fortune magazine wrote of him in 1999. “Having been handed one of the treasures of American enterprise, he said, he was ‘afraid of breaking it.’”

That same year, Welch was named by Fortune as “Manager of the Century.” “Welch wins the title because in addition to his transformation of GE, he has made himself far and away the most influential manager of his generation,” the magazine’s editorial wrote. “As the most widely admired, studied, and imitated CEO of his time, Welch has enriched not only GE’s shareholders but also the shareholders of companies around the globe. His total economic impact is impossible to calculate but must be a staggering multiple of his GE performance.”

After retiring from GE, Welch devoted his energy to consulting, education and writing. His two books—Jack: Straight From The Gut, published in 2001, and Winning (co-authored with his wife, Suzy), published in 2005—were both international best-sellers and a bible for professional managers.

In 2009, Welch founded the Jack Welch Management Institute (JWMI), an online executive MBA program under Chancellor University. According to the organization, Welch was actively involved in designing the curriculum and selecting faculty and students for the program. In 2016, JWMI was named as the No.1 influential education brand on LinkedIn and one of the top 10 business schools to watch in the U.S.

Below is a statement issued by Suzy Welch on Monday to CNBC, a publication the late Welch played a key role in creating in 1989.

“More than anything else—leader, business icon, management genius—more than those things, although they are  all true too—Jack was a lifeforce made of love. Pure, bright, undiminishable love. His irrepressible passion for people, all people, his brilliant curiosity about every-single-thing-on-earth, his gargantuan generosity of spirit toward friends and strangers alike—they added up to a man who was superhuman yet completely human at once. He changed the world by touching people deeply and authentically, helping them see and reach dreams they couldn’t even imagine for themselves. And somehow, crazily somehow, he also managed to be the greatest husband and step-father who ever lived, giving our family twenty amazing years of adventure, happiness, and joy. Our hearts, so much larger and fuller having known and loved him, are broken.” 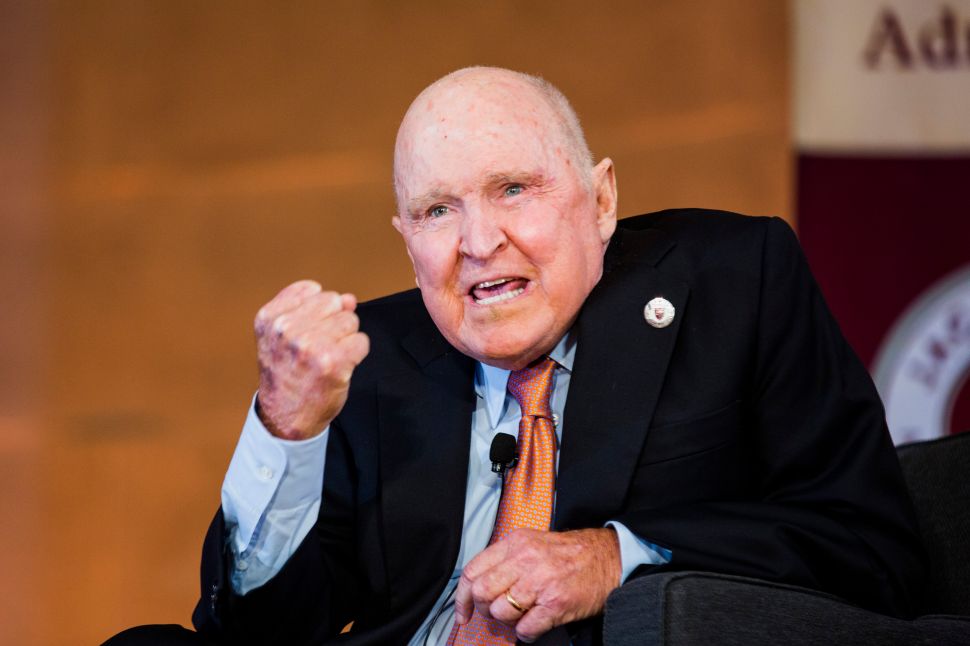