The economic impact that the coronavirus is having on Hollywood is substantial. All 70,000 movie theaters in China remain closed, production schedules and release dates of major blockbuster films such as Mission: Impossible 7 and No Time to Die are being disrupted or delayed entirely, and the film industry is looking at a potential $5 billion loss overall. But it isn’t just the film industry that is suffering.

As of Monday evening, both Wheel of Fortune and Jeopardy will no longer film in front of a live studio audience due to concerns about the coronavirus outbreak.

SEE ALSO: 7 New Shows to Binge-Watch If Coronavirus Keeps You Inside

“Out of an abundance of caution due to the spread of covid-19, we have decided to cancel audience attendance for the tapings of Wheel of Fortune and Jeopardy! for the time being,” a person close to Jeopardy! told The Washington Post Monday.

Not only is the decision meant to protect audience members, but also the cast and crew of the shows themselves. Jeopardy announcer Johnny Gilbert (95) and Wheel of Fortune hosts Pat Sajak (73) and Vanna White (63) are all among the high-risk populations for COVID-19, according to the CDC. Alex Trebek, 79, is undergoing chemotherapy treatments after being diagnosed with pancreatic cancer last year. Chemotherapy is known to hurt the body’s immune system, especially among older patients.

Rather than disappointment, the news of removing live audiences from the equation was met with cheers from Jeopardy fans on social media as they championed Trebek’s safety.

I've seen concern for Alex Trebek and his health but let us not forget this is also a wise move to protect stalwart announcer Johnny Gilbert, who is *NINETY-FIVE YEARS OLD* and still reading out names and occupations and doing crowd banter https://t.co/YbbQzK5Au6

Alex Trebek is immunocompromised and must be protected at all costs! 😷 https://t.co/P0MMY9PQuq

Per the outlet, Wheel of Fortune and Jeopardy typically attract older audience members from out of state, two high-risk demographics. Both sows are also filmed in California, which claims the third-highest number of coronavirus cases in the U.S..

The coronavirus outbreak is also a cause for concern among major North American sports. The NBA has been discussing potential precautions, and indicated to teams that it could be forced to host games in empty arenas without fans. However, NBA star LeBron James sounds reluctant to embrace such a strategy.

“I play for the fans; that’s what it’s all about,” James said over the weekend. “If I show up to the arena and there ain’t no fans there, I ain’t playing.”

As of Sunday, the coronavirus has infected more than 100,000 globally. 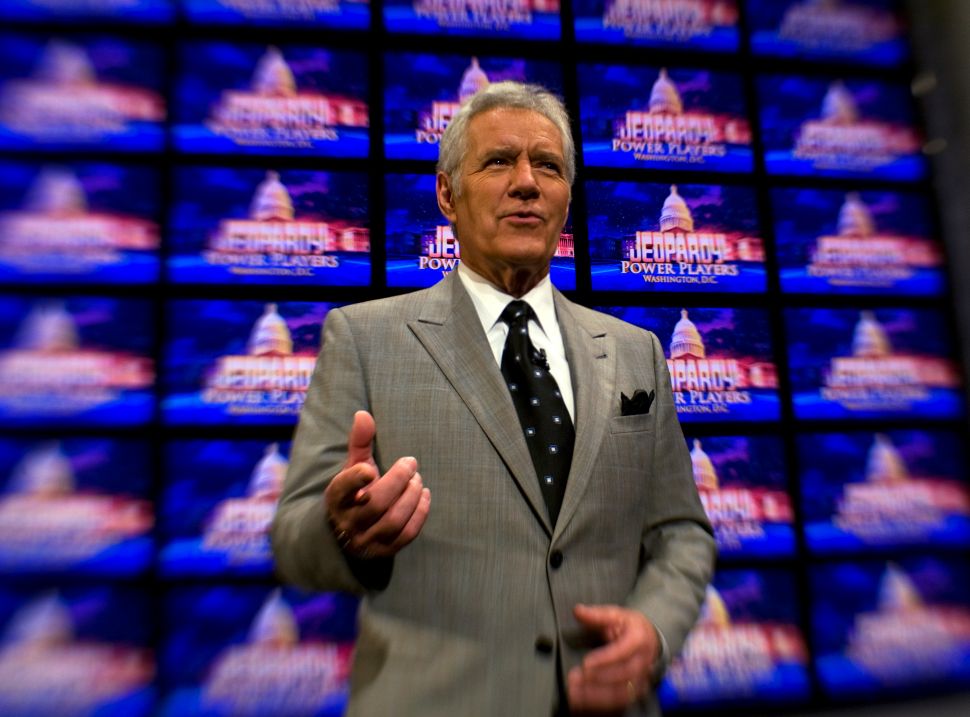