In an effort to flatten the coronavirus curve, cities and states across the country have asked non-essential businesses to shutter their doors for the foreseeable future. But that doesn’t change the fact that millions of Americans, including those who just lost their jobs due to the economic standstill, will still have to to pay rent on April 1.

That’s why Sophia Grogan of Somerville, Mass., along with her friends, Anna Kaplan, Miriam Priven and Hannah Freedman, launched a mutual aid network to help those struggling to make ends meet during this difficult time.

Grogan said she has received an influx of requests—from a wide swath of people ranging from students and low-income service workers to middle-class caretakers—in the Boston area seeking help through her recently launched network.

“It started out of concern—concern for myself and concern for our neighbors,” Grogan told Observer. “No one is exempt from this crisis. A large portion of the people asking for financial help are requesting aid so that they can pay rent on April 1 or buy basic necessities.”

She’s not alone. Since the coronavirus hit the U.S., hundreds of mutual aid networks, community support programs and crowdfunding campaigns have popped around the country. Part of the reason behind a growing need for such groups is the inadequate and confusing policy proposals coming from various government levels (matched with the inevitable partisan bickering that comes along with it.)

In New York City, for example, mortgage payments have been suspended to help some homeowners (single-family and two-family homes only) cope with the financial impact of the coronavirus. But that doesn’t help the large population that couldn’t afford mortgages in the first place. In New York City, you generally need a minimum salary of $100,000 to afford a home, while the median salary is roughly $57,000. And those working in the service sector, the industry most affected by the economy shutdown, often make much less.

“I don’t know what my options are. Plus I am stuck out of school and my job is on hold,” a student from CUNY Brooklyn College told Observer. “I’m hearing so many things and I don’t what’s what.”

Jane Mayer, deputy press secretary for New York City Mayor Bill De Blasio, told Observer, “This administration is working with housing providers, banks, developers and other partners to ensure New Yorkers can keep the security of their homes at this critical time…We know unique solutions are urgently needed to face this unprecedented crisis.”

A pending new piece of legislation, dubbed Renter’s Choice, could buy some time. The plan, backed by the presidents of the boroughs of Brooklyn and Manhattan, as well as city council member Robert Cornegy, Jr. (head of the New York City Council’s Committee on Housing and Buildings), will allow renters in New York City to apply their security deposit toward April’s rent.

Renters will still eventually need to pay the deposit back or replace it with a monthly insurance plan. The city has not made a move on the plan yet and is facing pressure amid a possible rent strike. As most renters pay rent on the first day of the month, the clock is ticking for New York City to make a call. “We are reviewing the proposal,” Mayer said.

There is pending legislation at the state level, too, that would suspend rent for residential and commercial properties for 90 days. However, Governor Andrew Cuomo has been reportedly absent from discussions on the matter.

Elsewhere in America, community groups and local leaders are scrambling to help renters make it through the crisis, too.

San Francisco, the single most expensive city for renters and one of the first regions in the U.S. to shutter non-essential businesses, has put together an emergency funding package called “Give2SF” to provide flexible short-term financial relief to individuals and families who are experiencing a housing crisis.

“The city will focus funding support on low‑income households and households that are directly impacted by COVID-19 as a result of job loss, a reduction of hours, closure of a place of employment or other similarly caused loss of income or financial need that resulted from the pandemic,” a spokesperson for San Francisco Mayor London Breed told Observer.

Those in dire need are turning to community-based apps for help. “We’re seeing low-wage workers who were already struggling and have now seen their income completely wiped out by this. Also people who thought they were doing OK in an expensive city but suddenly saw their income vanish and are now trying to homeschool three kids,” Paul Carr, founder of NeedHop, an app that connects strangers needing help with those able to assist, told Observer.

“I’d be delighted to see a wealthy person in San Francisco help someone struggling with their rent, while that same person helps the rich person with sobriety or home schooling,” Carr added. “We’re all in this together.”

In southern California, Los Angeles Mayor Eric Garcetti suspended residential evictions for as long as the public health emergency lasts. Garcetti has also asked landlords in Los Angeles to give tenants six months to pay back any missed rent from the emergency.

In Chicago, Mayor Lori Lightfoot pleaded with local landlords to “give tenants some grace” at a March 19 press conference. Denver and Philadelphia have adopted similar measures.

Rebecca Schenkopf, a Montana-based writer and editor of the left-leaning gossip blog Wonkette, launched a GoFundMe page a few days ago, and it has already raised more than $31,000 to help struggling renters across the country.

“Almost everyone needs help with rent,” Schenkopf told Observer. “People don’t know when their unemployment will come. Freelancers are worried they won’t get it at all. So far we’ve got a lot of service workers, bartenders, caterers, cafeteria workers, daycare teachers, tutors and consultants. People are just laid off all over.”

On the federal level, the Department of Housing and Urban Development (HUD) has suspended foreclosures and ceased all evictions for at least the next 60 days for those in public housing. HUD is calling on individuals, states and municipal housing authorities to work with residents to adjust rent payments if needed. “We are using every available tool [available] to the secretary to alleviate any pain and/or suffering being caused by the COVID-19 pandemic,” a senior HUD official told Observer. However, there are no additional subsidies coming from the federal government for public housing.

With a national rent strike looming, progressives like Representative Alexandria Ocasio-Cortez have ramped up calls for congressional leaders to come up with a uniform policy to protect renters.

“I just don’t understand how it’s reasonable to expect what could be millions of people and small businesses, who suddenly had their incomes cut off, to pay rent, mortgages and major bills on April 1 without any payment moratoriums or immediate relief,” she tweeted on Wednesday.

I just don’t understand how it’s reasonable to expect what could be millions of people and small businesses, who suddenly had their incomes cut off, to pay rent, mortgages, & major bills on Apr 1st without any payment moratoriums or immediate relief.

COVID-19 has turned nearly every aspect of the economy upside down. But the unprecedented crisis has also brought something good to the table: a renewed sense of community and ingenuity, a spark that brings all Americans closer together—although, per CDC guidelines, we should remain six feet apart from each other, at least for the time being. 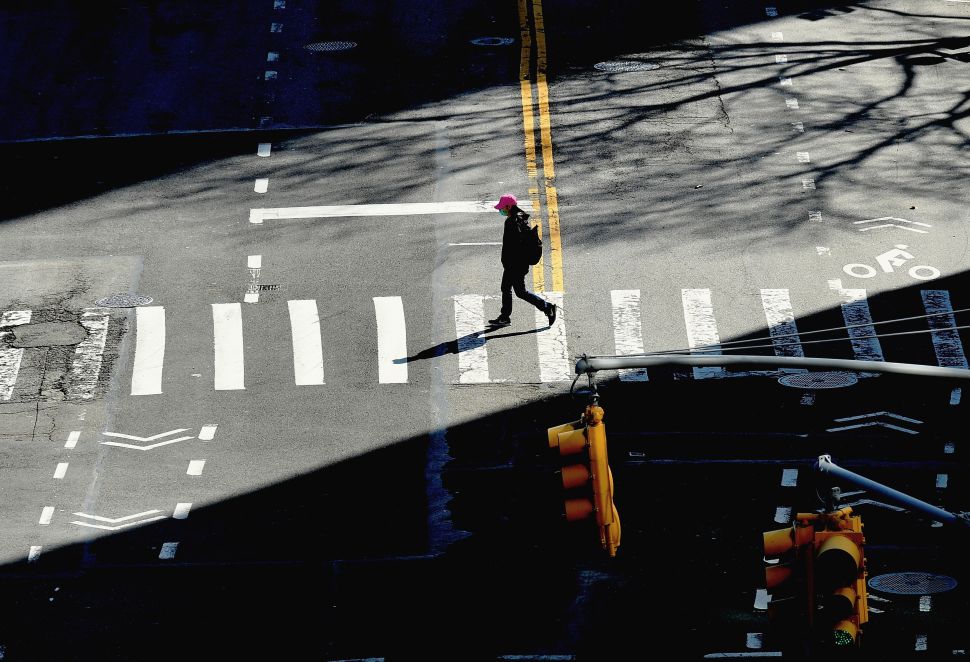