Is the future defined by technology, or is it defined by the evolution of our connections with other people in times of rapid advancement? That’s the question at the heart of Kevin Nguyen’s debut novel, New Waves, which starts out like a techno-heist movie before an untimely death shifts the calculus. In the beginning, we follow Lucas and Margo, disgruntled startup employees, in the act of stealing a company database of consumer information under the haze of too many beers. When Margo dies after being hit by a car, Lucas is left with both a gap in his life and the weight of their crime solely on his shoulders.

A “tech industry book” could have been expected to follow one of two paths: it could have gone with the kinetic energy garnered from its opening set-piece in order to paint a vibrant portrait of the industry’s woes, a la Doree Shafrir’s STARTUP, or it could have been a sobering look at how the industry treats its marginalized workers, similarly to Anna Wiener’s recent memoir, Uncanny Valley.

And in some ways, the novel does explore racism in much the same way Uncanny Valley does sexism. Lucas is Asian-American and Margo is black, and both are in an industry that is nearly 70 percent white. Nguyen writes as much about Margo’s dismissal, chalked up to a “bad fit” after she calls out her white bosses for a racist incident: “That’s what racism in the workplace looked like. You could feel it everywhere—in your brain, in your heart, in your bones—but you could never prove it.”

However, Nguyen wisely eschews either of those more logical endpoints to focus on loss. Lucas is a lonely customer service worker, whose only real friend dies tragically and seemingly without explanation. Subtly, the story shifts from the intrigue of the opening moments to something more contemplative as Lucas tries to come to terms with the person Margo was, the secrets he didn’t know about her, and the job that she got for him at Phantom, a Snapchat-esque texting service that grabs a foothold with teenagers.

And though death dominates the proceedings, New Waves itself is a novel that is very much alive. Part of this comes from the setting; while the tech industry’s bastion is San Francisco, Nguyen sets nearly the entire book—everything but an aside in Tokyo—in a New York City that feels lived in and, perhaps more importantly, unique.

This isn’t the East Village or Williamsburg; the neighborhood of Crown Heights becomes its own prison for Lucas’ grief, while the so-called Silicon Alley of the Flatiron district is oppressive by design. “I experienced more of tech here than there,” says Nguyen about the decision to place the story in NYC (he previously worked at Oyster Books, headquartered in the city). “But also, that story [in San Francisco] had already been written.”

However, it’s the introduction of a third character that moves the plot forward most. Similarly to Lucas, Jill had known Margo as her online self, seeking her out for criticism of her novel on sci-fi message boards. Jill and Lucas meet and form a friendship and romance based on their shared knowledge of the person they thought Margo was, only to discover an entire aspect of her personality that neither knew (here is the only place where the consumer information heist plays into the larger plot; they find her laptop password in that list).

Nguyen writes that “Grief isn’t just the act of coping with a loss. It’s reckoning with the realization that you’ll never discover something new about a person ever again.” And yet the novel gives Lucas and Jill that something new, and in the process, they attempt to move through their grief together, sometimes by falling into bed together and other times by exploring their shared friend’s secrets.

New Waves doesn’t give an answer or a tutorial of how to properly grieve, and that’s on purpose. Nguyen says that we try to put in effort to overcome loss, but in the end, it takes time and space to be able to do so. “Lucas and Jill think there’s a plan or a grieving process, and they’re gonna solve it, and there’s not. That’s now how an emotional thing like grief works.” In turn, the novel isn’t concerned with giving answers to the problems it poses; it would have been too clean to provide a logical set of circumstances for Margo’s death, or to have Lucas find himself in some way to help him move on. Sometimes, most times even, you have to move on while answers evade you. 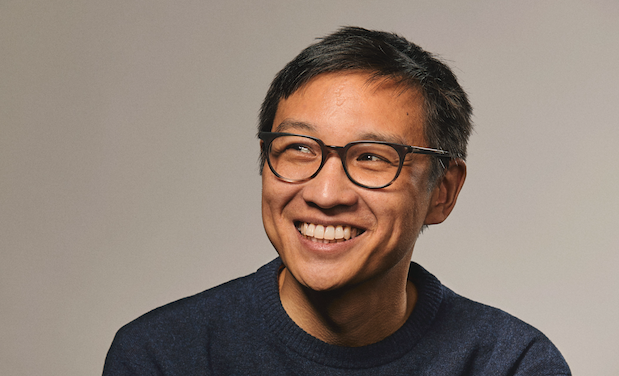