Hulu’s Little Fires Everywhere does, indeed, begin with a fire. The drama opens with a house burning down—“There were little fires everywhere,” a fire marshal says, explaining that it was set intentionally—which sets up the central mystery that floats in the background of the eight-episode limited series. But, of course, there are also metaphorical fires simmering throughout; it’s just unfortunate that they seem to fizzle out more than they scorch.

Little Fires Everywhere, based on Celeste Ng’s 2017 bestseller of the same name, takes place in the affluent suburb of Shaker Heights, Ohio. It’s Elena Richardson (Reese Witherspoon) who is in her house at the time of the blaze; it’s her teenage daughter Izzy (Megan Stott) who many assume was the young arsonist. From there, the story jumps back a few months to when Mia Warren (Kerry Washington), an artist and single mother, and her teenage daughter Pearl (Lexi Underwood), first arrive in Shaker Heights. Elena calls the police when she sees them sleeping in a car and, later, some of her white guilt results in renting a place to the Warrens. There’s an uncomfortable familiarity to the way Elena goes out of her way to “help” this Black family; it isn’t long before she’s asking Mia to essentially work as Elena’s maid (which Elena views as doing her a favor, and clarifies that means “house manager,” whatever that is).

SEE ALSO: 7 New Shows to Binge-Watch If Coronavirus Keeps You Inside

Elena speaks with the unearned confidence of many well-off white women who claim to be colorblind, who view racism solely as outlandish hate crimes rather than acknowledging how it also includes microaggressions. She can be frustratingly obtuse when defending herself—which is by design and is part of what makes the show work. When her husband (Joshua Jackson) mentions how the job offer could come off as offensive, Elena quickly replies “Isn’t it more racist to not offer her the job because of her race?” and misses the point completely.

As you can imagine, Little Fires Everywhere is heavily concerned with issues of class and race, and a generous portion of it does understand how to depict the fraught subjects—and especially through the lens of motherhood. Mia and Pearl have a lovely and realistic mother/daughter relationship, one where they love each other deeply but also constantly butt heads. The big source of tension is how frequently they move around, how Pearl just wants to have a normal and stable life in one place but Mia is always ready to go. It’s an understandable fight—though by the third or fourth time it occurs, it starts to become trite—and only becomes further complicated as the series drops twists related to Mia’s backstory. Mia and Pearl also become at odds because of Pearl’s insistence at hanging out at the Richardson house with Elena’s children: Izzy, the rebellious outcast who is feisty and bullied at school; Moody (Gavin Lewis), who is kind and immediately welcoming to Pearl (and definitely has a crush on her); Lexie, a miniature version of Elena who strives for perfection and has an increasingly tense relationship with her Black boyfriend; and Trip (Jordan Elsass), the popular athlete who constantly has sex on the brain.

There are understandable reasons why Mia doesn’t want Pearl befriending the Richardsons—and many, of course, have to do with pride and not wanting to feel like a charity case—but she’s torn between protecting her child and letting Pearl have the life that makes her happy. And as the Warrens and Richards become more and more entwined with each other (Mia does eventually take the job at the house, Elena begins investigating Mia’s past, the children become closer, and their respective daughters begin confiding in each other’s mothers), the tension only increases, quickly coming to a head.

What’s strange about Little Fires Everywhere is that when it gets into a bigger narrative (rather than a pretty interesting character study of Mia and Elena), it somehow feels more muted, less important. That plot concerns Mia’s undocumented coworker, Bebe (Huang Lu), who once left her child at a fire station but desperately wants to find and get her daughter back. In a too-convenient twist, Mia ends up working at the birthday for that same baby, who was adopted by Elena’s best friends. (What a coincidence!) Both Mia and Elena fight fiercely for their respective sides, despite neither having anything to do with the child, but their arguments feel lacking. Their fight reflects their personal pasts, their ideals and their current approaches to parenting; their fight also sometimes diminishes the most compelling aspects of the series in favor of a bit too much melodrama.

But even when Little Fires isn’t at its best, it’s hard to tear your eyes away from its leads. Witherspoon and Washington, as we’ve come to expect, are fantastic and fiery. Witherspoon manages to make Elena feel much deeper than a clone of her similar past roles while Washington’s ability to convey quick shock and distress before steeling herself is a masterclass in acting.

Little Fires Everywhere has many, many bright spots throughout the first seven episodes sent out to critics but it’s hard to get past how on-the-nose and unsubtle the series can be. It repeats the same arguments, rehashes the same conflicts, and emphasizes an obvious theme with bold and italics, smothering the nuance along the way. The end result is a perfectly fine and watchable series—but one that doesn’t soar as high as you’d hope. 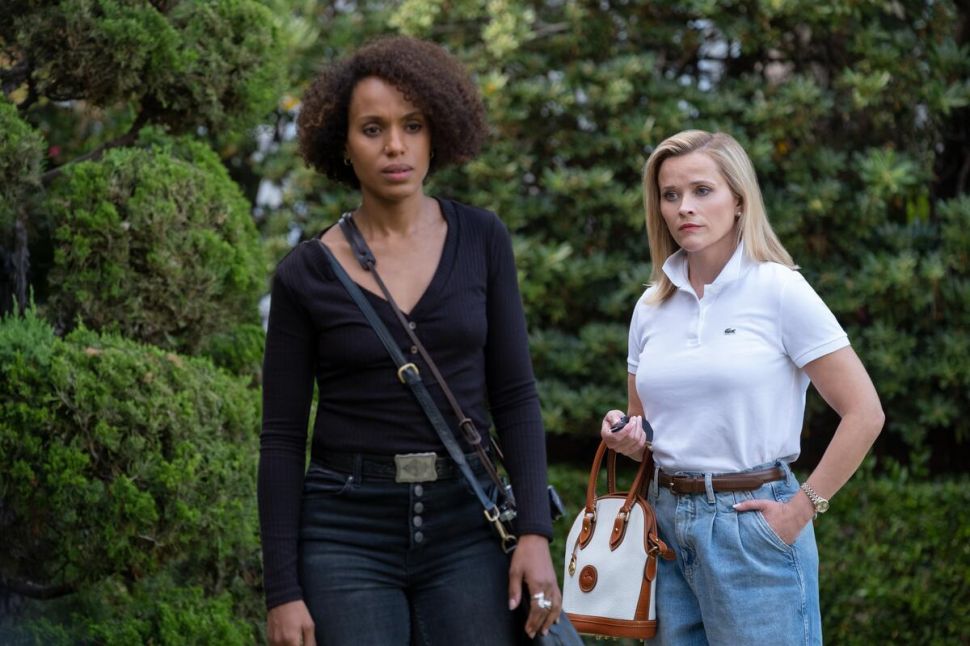